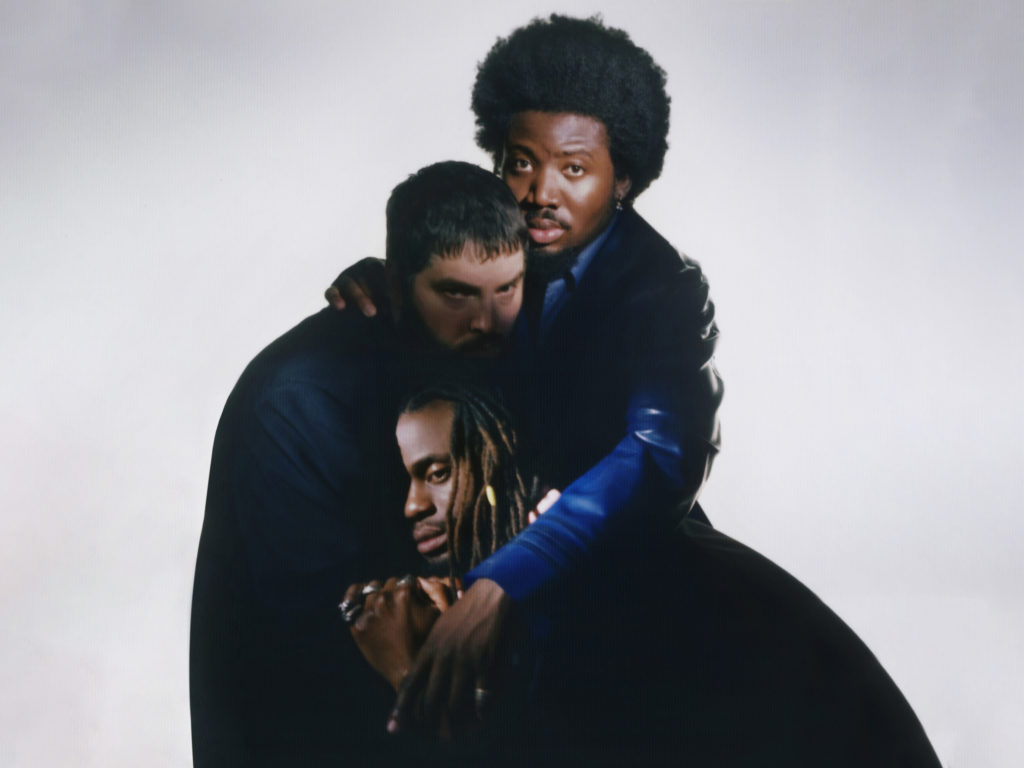 Heavy Heavy is the Edinburgh, Scotland group’s fourth album, and their first since 2018’s Cocoa Sugar.

The 10-track release signals a “renewed back-to-basics approach,” recorded in their basement studio with some equipment and microphones. “Everything always plugged in,” we’re told, “everything always in reach.”

Speaking about the title, the band write that Heavy Heavy could be a mood, or it could describe the “smoothed granite of bass” that supports the sound.

Or it could be a “nod to the natural progression of boys to grown men and the inevitable toll of living, a joyous burden, relationships, family, the natural momentum of a group that has been around long enough to witness massive changes.”

Alongside the announcement, the group have shared “I Saw” alongside a video created by 23-year-old Austrian-Nigerian filmmaker David Uzochukwu.

“It’s a big bully with shite down their leg, still swaggering,” we’re told. “That pamphlet through your door blaming the establishment and immigrants for everything going wrong. The stench of long-dead empire, trudging along, a psychological hammer to your head in every step. The delusion.”

Since the release of their two mixtapes, Tape One in 2011 and Tape Two in 2013, Young Fathers have received non-stop acclaim. They released their debut album, Dead, in 2014 on Big Dada.

Heavy Heavy LP is scheduled for February 3 release on Ninja Tune. Meanwhile, you can stream “I Saw” and “Geronimo” in full below and pre-order here.