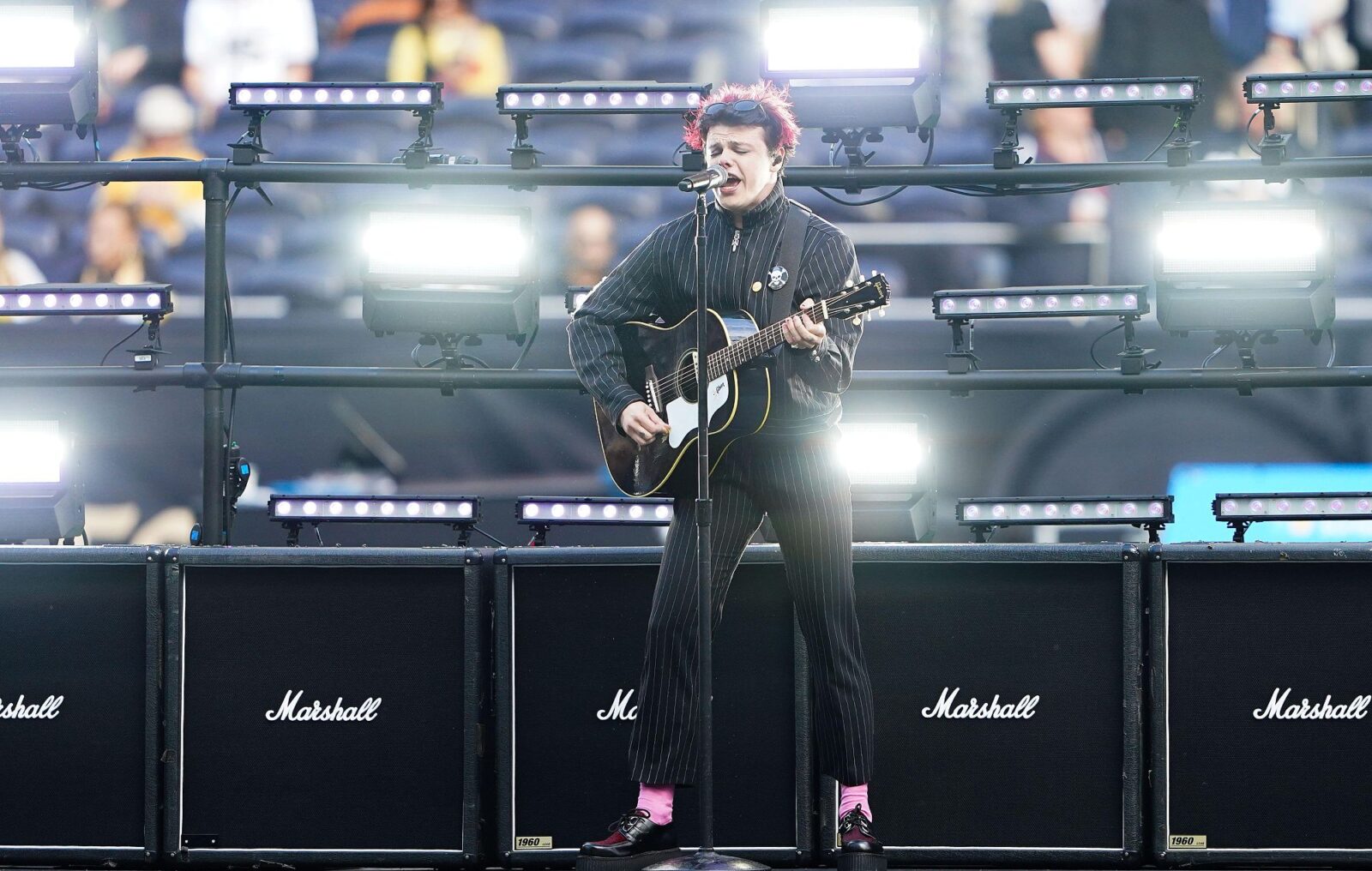 Yungblud performed a halftime show at the NFL London Games over the weekend – watch footage below.

The musician announced on Friday (September 30) that he would be appearing at Tottenham Hotspur Stadium – the first purpose-built NFL stadium outside of the US – on Sunday (October 2) where the Minnesota Vikings were playing against New Orleans Saints.

The NFL London Games is a sub-series of The NFL International Series, which is a programme of American football games held during the National Football League’s (NFL) regular season, which are played outside the US.

Yungblud performed a number of songs including ‘The Funeral’ and ‘Tissues’, both of which feature on his latest album ‘Yungblud‘.

if you missed it, here’s @yungblud performing tissues pic.twitter.com/aOcmSXCVTS

Meanwhile in the US, next year’s Super Bowl – the championship game of the NFL – will see Rihanna headline the halftime show.

Confirmed last week, Rihanna was locked in to appear after Taylor Swift reportedly turned down the opportunity.

When she takes to the stage on February 12, 2023 at the State Farm Stadium in Glendale, Arizona, it will mark the first time Rihanna has given a live performance since her show at the 2018 Grammys.

Her last album was in 2016, when Rihanna dropped her eighth studio effort ‘Anti’.

In other Yungblud news, the artist spoke out recently about the death of Mahsa Amini during his set at Firefly Music Festival in Delaware last month.

Amini, 22, died in Tehran last month (September 16) after being arrested for not wearing her hijab in accordance with government standards. Police claimed she suffered heart failure at the station, although witnesses have claimed Amini was severely beaten by the authorities. Her death has sparked huge protests across Iran.

“I’m so fucking angry right now and every time something in the world happens like this, I ask myself if I’m gonna fucking talk about it or not,” Yungblud said while on stage at the festival. “But there are thousands of you out there and there are thousands watching at home. So today I have no fucking choice. Last week in the country of Iran, a young girl called Mahsa Amini was murdered for wearing her hair outside of her hijab.”