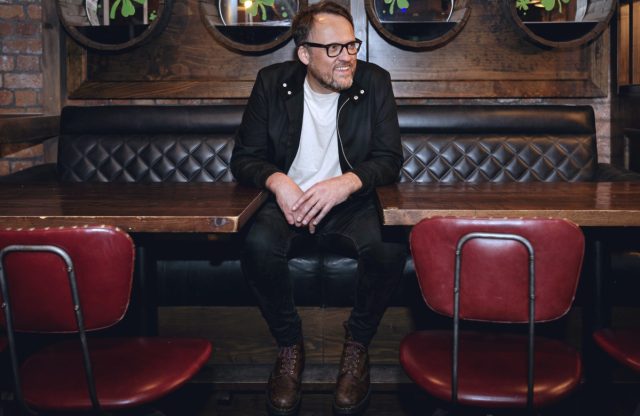 This is surely what Americana UK is all about: a classic song from a revered American songwriter performed brilliantly by one of the UK’s outstanding exponents of the genre.  ‘Come Pick Me Up’ is one of the highlights from Ryan Adams’ debut solo album ‘Heartbreaker’.  Although he’d already released albums with Whiskeytown and there would be many more outstanding solo releases to come, the alt-country balladry on this record was an early peak in Adams’ career.  Lyrically, Adams writes like few others: “When you’re walkin’ downtown // Do you wish I was there // Do you wish it was me? // With the windows clear // And the mannequin’s eyes // Do they all look like mine.”  His words are direct and searching.

Robert Vincent is very familiar to Americana fans here in the UK.  Having released a series of well-received albums featuring original material, Vincent’s latest project is a covers EP on which he performs seven of the songs that inspired him and shaped the musician he has become today.  A new single, accompanied by a performance video, is being released every two weeks and we’re delighted to premiere the second of these well-chosen songs:  ‘Come Pick Me Up’.  The live recording features Vincent’s band alongside a string section led by Amy Chalmers and the result is a rich, full sound, adding plenty of depth and texture to the song.  Faithfully following the original, Vincent plays that desperate, plaintive harmonica, soaring through the wailing high notes.  He says of the song: “‘Come Pick Me Up’ by Ryan Adams is another favourite of mine. I love the album ‘Heartbreaker’ that it comes from; early noughties Adams serves as a huge influence on my own song-writing. It’s a great album, a great song and I really wanted to perform this one with the band and I really wanted to have a string arrangement on it. I thought that would be lovely. Once again, Amy Chalmers did a fantastic job of arranging the string section.”

Robert Vincent has enjoyed critical success, having earned multiple artist and album awards from Americana Music Association UK and here on Americana UK.  His most recent full-length release was the 2020 AUK Album of the Year winning ‘In This Town You’re Owned’.  After the ‘Undercover’ EP through which Vincent explores others’ inspirational songs, we can expect a live album featuring favourites from his back catalogue later in the year.  While you’re waiting for that, check out this great song and catch Vincent at the Black Deer Festival on Saturday 18th June.  Enjoy.