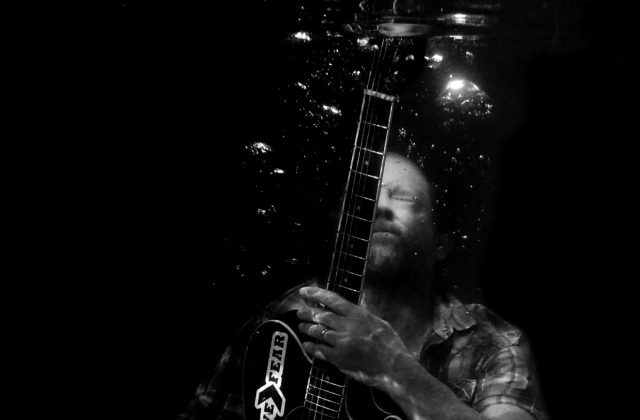 We are delighted to premiere the latest video from AUK-favourite Nathan Bell.  ‘To Each of Us, A Shadow’ is a typically emotionally resonant song from the Tennessee singer-songwriter.  Known for the depth and beauty of his language, Bell once again delivers musical poetry.  Lyrically, the song is full of images and turns of phrase that provoke reflection and a deeply emotional response.  Bell’s heartfelt, heartbreaking words genuinely capture the feeling of loving someone who is experiencing mental health problems: “I’m standing at the lighthouse // With no keys for the locks // As you sail through the fog // Headed straight into the rocks // But you’re all I ever wanted…So I breathe out // And I breathe in // Count every breath from one to ten // Turn around // Count back down // Again // Because You’re all I ever wanted.”

The fluttering guitar-work and ethereal backing vocals, along with Bell’s characterful voice, convey a sense of vulnerability and sensitivity that matches the narrative.  Bell explained the song’s message for AUK: “I don’t usually write thematic songs, but this song is about depression, and, living with depression, both as the sufferer and the partner of somebody suffering with depression.  I’ve experienced both.  If you recognise yourself in this song, please ask for help.  I did and it saved my life.”  NHS information about support for your mental health can be found here.

The song is taken from Bell’s well-received 2021 album ‘Red, White and American Blues (it couldn’t happen here)’, which is being released on vinyl for the first time to coincide with Bell’s UK and European tour this autumn.  The album references the 1935 novel from Nobel Prize-winning Sinclair Lewis,  ‘It Can’t Happen Here’, a dystopian tale in which a fascist is elected President of the USA.  It’s a story of power, fear and patriotism that still seemed frighteningly relevant when Bell was writing songs for his new collection, around the time that Donald Trump was being impeached.  The resulting songs are thoughtful explorations of a divided America and what it means to be an American.  The new record will initially be pressed in blue vinyl and will feature an extra song: ‘Young Man (some days I can only despair)’ (featuring Ada Dyer).  The album-version of ‘To Each of Us, A Shadow’ features an excellent vocal performance from guest Patty Griffin.

A fine live performer, Bell has shared stages with the likes of Emmylou Harris, Townes Van Zandt and Mary Chapin Carpenter.  Fans can pick up the new vinyl here or at his shows this September (see dates below).  In the meantime, check out this absorbing song.