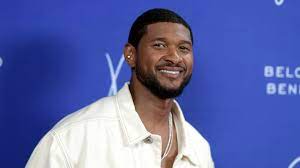 Usher (following Chris Brown) is offended that Diddy claimed R&B is dead. During his conversation with Bevy Smith on SiriusXM’s Bevelations, the R&B superstar pushed back at Diddy’s controversial suggestion that R&B is dead, which sparked a hotly-contested debate on social media.

He went to explain that there would be no hip-hop if not for R&B. “R&B is timeless. It ain’t gonna go away,” he added. “So when I do hear people, even like Puff saying R&B is dead, he sounds nuts to me. It sounds crazy. You know, especially knowing he was a pioneer in understanding and beneficiary of it. The source that is R&B created the breath of life that was breathed into hip-hop. It wouldn’t be. There would be no hip-hop if there were not R&B, so it’s blasphemous to hear people say anything, especially hip-hop cats, to say anything about R&B. // Continue to the full article