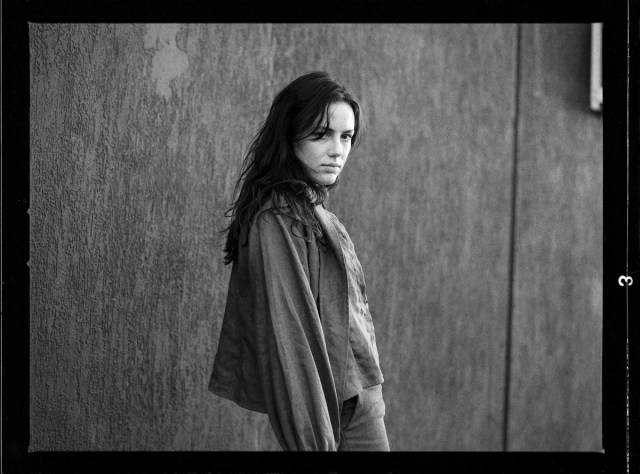 Cheersquad Records & Tapes are excited to announce Georgia Knight’s first single, Visualiser, from the Melbourne musician’s forthcoming debut EP, ‘Hell on Bent Street’. Available digitally right now, the track comes ahead of Georgia’s appearance at Dark MOFO next Saturday 11 June, with a guest appearance also coming up on Hugo Race’s new album ‘Once Upon A Time In Italy’.

Belying her years, Georgia Knight has a unique and uninhibited style, influenced by such acts as Sparklehorse, Sandy Denny and Dirty Three. Her music displays a distinctive, authentic darkness synonymous with Melbourne music; indeed, former Wreckery frontman and original Bad Seed Hugo Race is a recent collaborator. Georgia’s guitar-based music is vibrant yet pared back, and displays a fundamental rootsiness grown from coming up in the inner-city.

On how ‘Visualiser’ came together, Georgia says: “There were a few ‘Pixies’’ references flying around when we recorded… I ended up re-doing all the vocals through a Leslie (spinning) speaker to trip it out even more. I wrote it about going further into loneliness to take hold of it. When we first started recording it was mostly lyrics and just a couple of chords, and Nick walked in with the bass riff which became the main part of the song. He’d borrowed a p-bass from the guy Murray who owns the building and liked it so much he ended up convincing him to sell it.”

Georgia also wrote the treatment for the accompanying video, directed and shot by Wildrose Media and filmed at Carlton’s iconic La Mama Courthouse Theatre. In it Georgia dances alone, abstractly and cathartically to her own song:

“I always really liked poking around backstage in places like that, seeing all the stuff you need to make a fantasy come to life, so the video is based on that. It’s shot in three takes, as a little story about a character who is this kind of scurrying big-headed stagehand. Left to its own devices in the theatre, it totally gives in to delusions of grandeur. Like if the phantom of the opera was never discovered.” -Georgia Knight

The new recordings were done live by Alex O Gorman at Purple Wayne Studios in Melbourne. It features a 3-piece band comprising Georgia, together with Nick Finch (Cash Savage and The Last Drinks, Graveyard Train) on bass and Holly Thomas (Freya Josephine Hollick, Quivers) on drums.

Of the recordings, Georgia says: “I wanted to make a short run of recordings that captured a feeling of urgency and escape, so we tracked everything quickly. The arrangements of the songs were invented in the studio, a lot of it made up as we went along which I learned from Dirty Three; about going freely where the song goes. I was listening to a lot of Dirty Three, Kate Bush and PJ Harvey around then.”

In fact, after having played PJ Harvey’s song “We Float” with Holly and Nick, they thought it sounded so good that a version ended up on the EP.

Georgia Knight entered the scene as a teenager, having attended folk festivals with her parents as a kid. She started playing at the odd pub session whilst studying sculpture at college. Then, after fronting alt-country band The Hot Springs, Georgia began performing and writing solo, performing on other artists recordings and sharing line-ups alongside Darron Hanlon, Cash Savage, Ben Salter, Cable Ties, Hugo Race, Maple Glider, Angie McMahon and Blake Scott (The Peep Tempel).