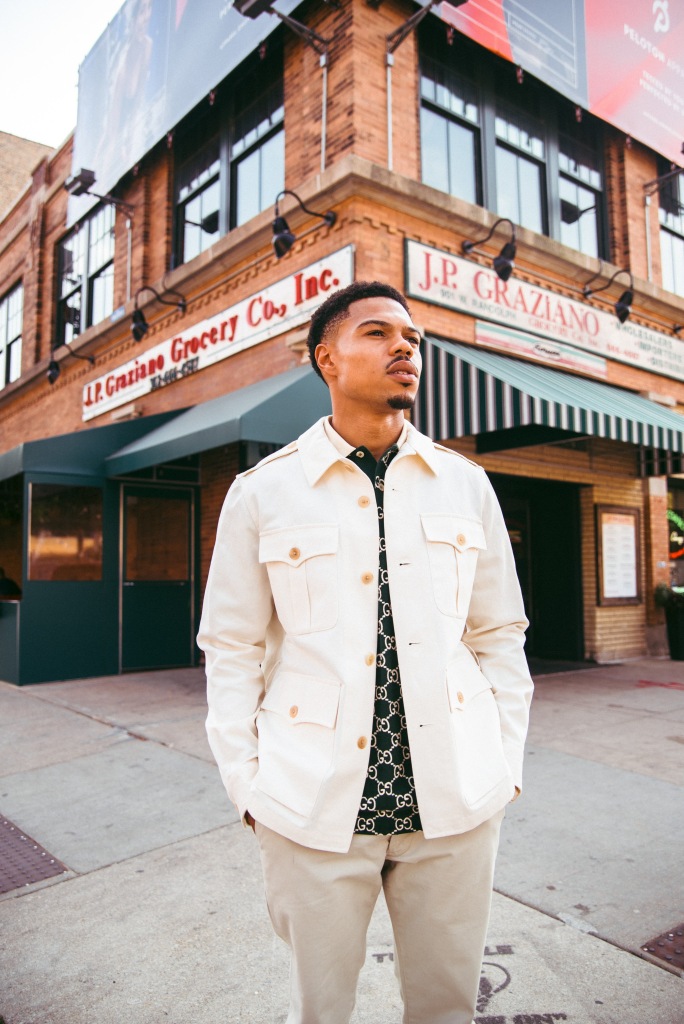 Chicago-born rapper Taylor Bennett grew up around music and was constantly working on his craft with his older brother, Chance the Rapper. Over the years, Bennett has carved his own lane as an independent music artist, entrepreneur, and advocate.

In 2015, Bennett released his debut project, Broad Shoulders, which quickly became a classic of the mid-2010s underground hip-hop SoundCloud era. The EP was headlined by a track named after the project which included a standout feature from Bennett’s older brother Chance. The single took Bennett’s career to new heights and he began to gain mainstream traction. He went on to release Restoration of an American Idol in 2017, BE YOURSELF in 2018, and THE AMERICAN REJECT in 2019 before taking a few years off from dropping new music. Earlier this year, Bennett returned with a new project, Coming of Age, which features iconic artists like Mr. Hudson and Jeremih.

One year after coming out as a member of the LGBTQ+ community, Bennett released his 2018 EP BE YOURSELF and launched a clothing brand under the same moniker. The phrase “be yourself” is much more than a brand or album name to the Chicago native.  On the project, Bennett tackled some important internal conversations he’s never faced publicly or with family and friends. The cover is symbolic of Bennett accepting himself and features the rapper in rainbow underwear and a birthday hat surrounded by balloons.

In Sound Mind’s latest episode of Unmasked, Bennett credits coming out as the moment he started to gain self-confidence. He is passionate about using his story to build others up and help fans work through any mental health challenges they face.

“Mental health is so important to me. Every day I try to be my best self so I can show up as a father, a manager, and an artist. As a member of the LGBTQ+ community, I feel it’s my duty to share my story and connect with others so we can build each other up and combat any mental health challenges we may face. That’s what music is all about. I’m grateful for Billboard and Sound Mind’s “Unmasked” series which helps me do that. If someone out there is struggling, I hope they know they’re not alone. Let’s “unmask” mental health together.”

Unmasked is focused on promoting mental health resources, as well as fostering an open dialogue about mental health for artists and audiences alike. It is imperative that the music industry creates more spaces for artists to be open and honest about their struggles with mental health. Check out Taylor Bennett on the latest episode of Unmasked above and stay tuned for more from Sound Mind.