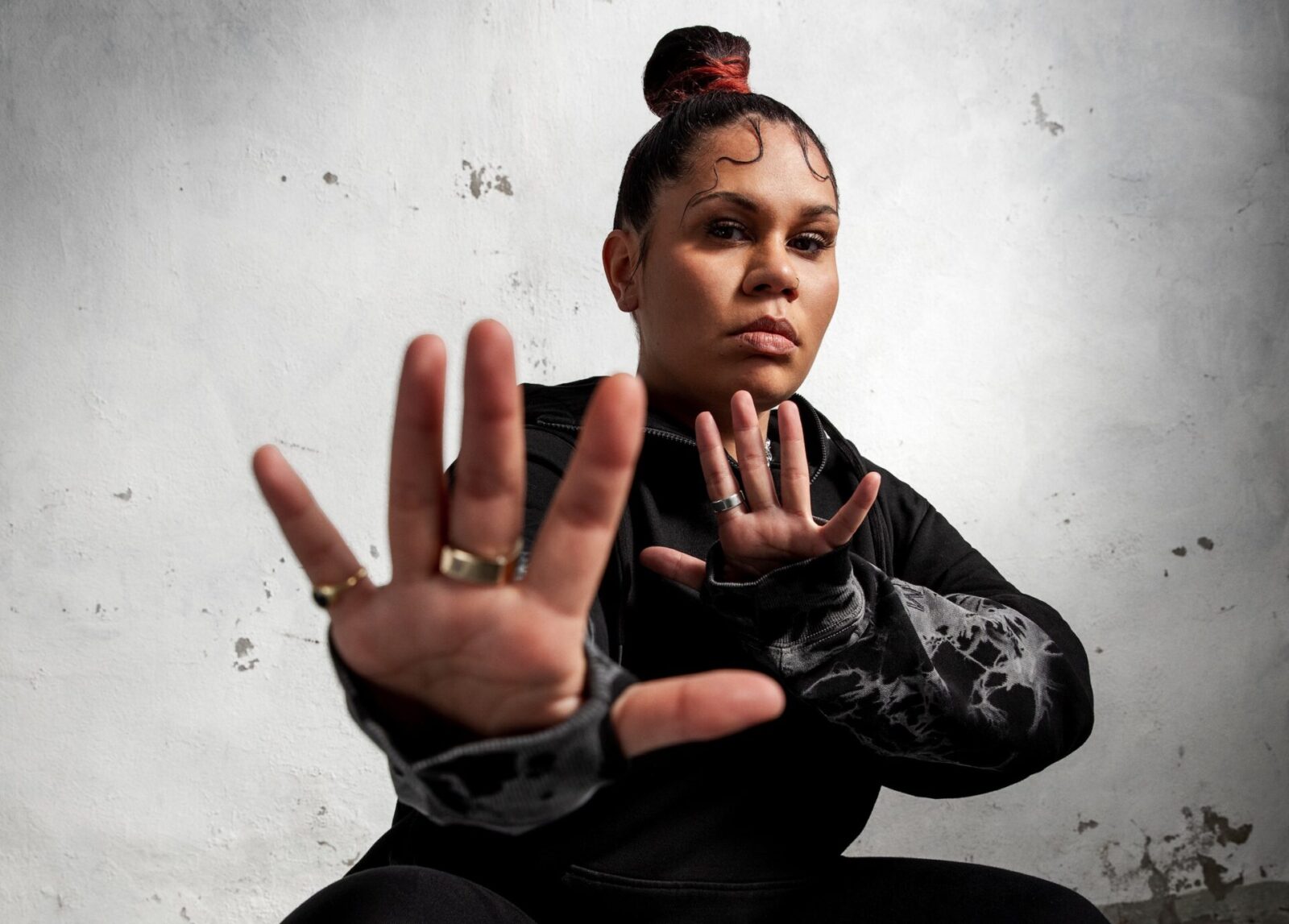 Rapper, Malyangapa and Barkindji women Barkaa took to Instagram yesterday to reveal that she was allegedly racially profiled in Kmart.

She explained an incident that took place on the 8th of June at 8pm at Kmart in Merrylands.

“Kmart Merrylands honestly please do better, last night at 8:00pm on the 8th of June I walked into Kmart with my family and was spotted by one of the women who worked there, who continued starring at us,” she posted.

“She then grabs two young men (one that was in uniform and one that wasn’t) and all three followed me through the toy section with my young kids, snickering things under their breathe and laughing.

“I called out to my kids and said “c’mon babies let’s go”, as we were leaving the two young men followed us so I decided to start video recording as it was distressing and humiliating for me… they then turned down another isle.”

As she approached the checkout the employees, “checked all of our items through and proceeded to walk out, we were then stopped by a young woman who said “I have to check your bag.”

“Three workers then came over and proceeded to pull the items I just bought out of the bag in front of others at the store, and didn’t check anybody else’s bag who were leaving the store. I said to them “I have no need to steal, I’m in here with my kids, I have more than enough to pay for these items”, they then said it’s just what they had to do because it was their job.”

She continues to speak on why its important to call out this racist behaviour and micro aggressions.

“I have to speak up about racism and discrimination because I have the platform to do so and I wish this wasn’t my job, but so many of us are still being discriminated against and racially profiled, followed around in stores and targeted just for being who we are.

“Tonight I felt humiliated and ashamed, I had people looking at me and my young kids like we had done something wrong… I felt like crying when I got out of the shop but instead I had to walk off and explain to my kids what just happened and comfort my eldest daughter when she said to me “we just wanted to go shopping, we always go there”.