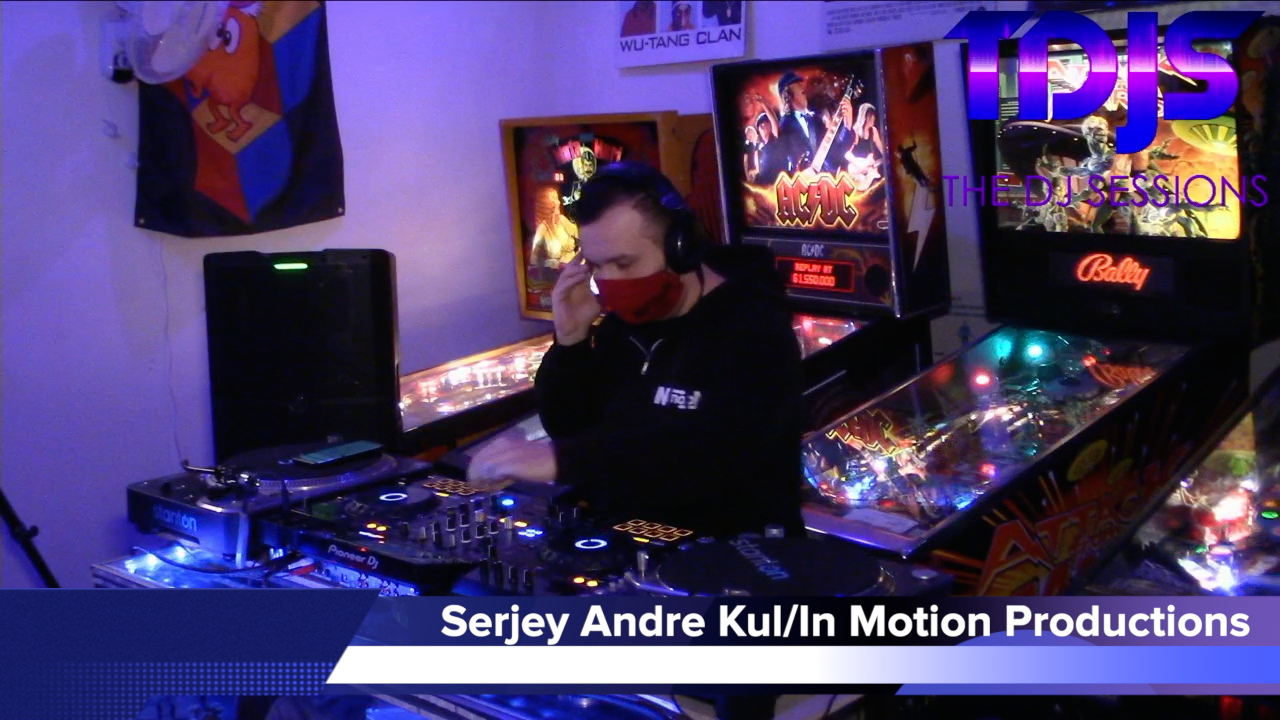 Serjey Andre Kul is a trance/house DJ, producer of a weekly podcast called “My Passion is Trance”, resident DJ on “The DJ Sessions”, and part of the In Motion Production “Family”. Serjey is more known for creating beautiful stories with his house and trance mixes. He found his love for music at a very young age.

Serjey Andre Kul was born in Minsk, the capital of Belarus. His passion for music developed at very young age because of his father, Andrey, who’s introduced him to sounds from the 80’s & 90’s, from such artists as Modern Talking, INXS, Duran Duran, Eurythmics, La Bouche, Snap, E-Type, 2 Unlimited, Ace Of Base and many others in the “New Wave” and “Euro Dance” genre and by the age of six Serjey taught himself how to record music to audio tapes from radio stations and start to make his own personal mix tapes to satisfy his music appreciation.

In 2000 Serjey moved to Seattle,Washington at age 11 where he got introduced to trance music through Seattle’s #1 trance show “Nocturnal Transmission” with DJ Tamm on the local dance radio C89.5fm.

Teaching himself to mix proved to be a difficult task, but after many countless hours of determination, Serjey successfully compiled his first weekly mix show “A Trip in Trance ” in 2008 on Trance.fm radio”

DJ’s that Serjey has played along side with or opened for are as follows; Binary Finary, Talla 2XLC, Ashley Wallbridge, Darude, Neelix, Mark Sherry, Indecent Noise, Amir Hussain, Super8 & Tab. Being a resident TDJS he has also appeared on the Twitch Featured Partner series “The DJ Sessions” over 40 times in the last four years.

He believes that’s his purpose is to share music and spread happiness to everyone.

About “The DJ Sessions” –

“The DJ Sessions” is a online/downloadable series featuring the hottest electronic music DJ’s with live mixes and interviews, streamed live to a global audience. Check out the website: www.thedjsessions.com With over 1,900 episodes produced over the last eight years “The DJ Sessions” has featured international artists such as: BT, Simon Patterson, Morgan Page, Jes, David Morales, Thievery Corporation, Sander Van Dorn, GAWP, Somna, Roxanne, Scotty Boy, Jody Wisternoff, Benny Bennasi, Christopher Lawrence, Oliver Twizt, Ricardo Torres, Alex Harrington, 4 Strings, Sunshine Jones, Elite Force, Revolvr, Kenneth Thomas, Paul Oakenfold, George Acosta, Reid Speed, TyDi, Donald Glaude, Jimbo, Ricardo Torres, Hotel Garuda, Bryn Liedi, Rodg, Kems, Mr. Sam, Steve Aoki, Funtcase, Dirtyloud, Marco Bailey, Dirtmonkey, Crystal Method, Beltek, Dyro, Andy Caldwell, Darin Epsilon, Kyau & Albert, Kutski, Vaski, Moguai, Blackliquid, Sunny Lax, Matt Darey, and many more. In addition to featuring national/international artists “The DJ Sessions” featured hundreds local top DJs from their homebase of Seattle. We have also undergone a massive upgrade in our TDJS studios and to our TDJS Mobile Studio to full HD streaming and HD audio to make the quality of the shows even better than before. Along with that we have launched a new website that now features our current live streams and past episodes in a much more user friendly social environment. About The DJ Sessions Event Services – TDJSES is a WA State Non-profit charitable organization that’s main purpose is to provide music, art, fashion, dance, and entertainment to local and regional communities via events and video production programming distributed through broadcast television and the internet for live and archival viewing. “The DJ Sessions” is a Twitch “Featured Partner” series and has been recognized by Apple twice as a “New and Noteworthy” and “Featured Video” podcast. UStream and Livestream have also listed TDJS as a “Featured” stream in their lineups. TDJS’s combined live streaming/podcast audience is over 90,000 viewers per week. For all press inquiries regarding “The DJ Sessions”, or to schedule an interview with Darran Bruce, please contact us at [email protected]