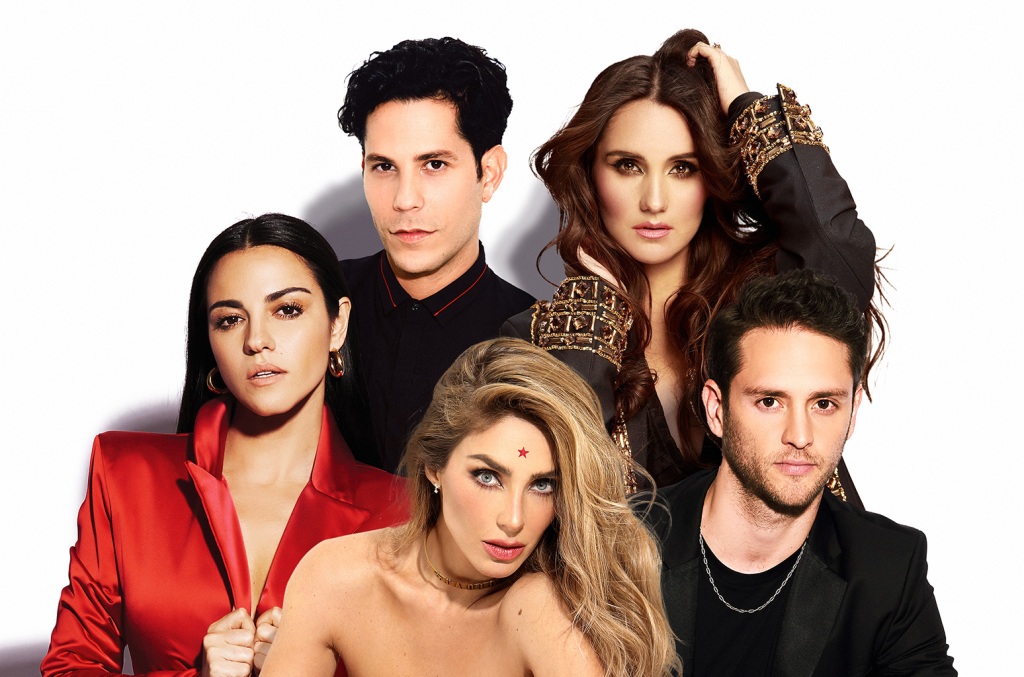 Not many artists or bands have moved masses like RBD did back in the early 2000s when they performed sold-out shows at stadiums and arenas across the globe. Twenty years later, they’re poised to do it all over again with a newly announced world tour slated to kick off later this year, which will mark their highly-anticipated reunion since disbanding in December 2008 after their last show in Madrid.

The Mexican pop band — comprised of Anahí, Dulce María, Christian Chavez, Maite Perroni and Christopher von Uckermann (Alfonso Herrera will not join his bandmates) — is set to visit Mexico, Brazil and the U.S. In total, the 26-date stint will tour 10 stadiums and 16 arenas. The Live Nation-produced trek will kick off in El Paso, Texas, at the Sun Bowl Stadium on Aug. 25 and will make stops in key U.S. cities such as Chicago, New York, Miami and Los Angeles.

“It’s a new era that makes us really excited and it’s a new opportunity to share the stage once again and feel a unique energy,” Perroni tells Billboard. “There’re cycles in life and each one of us had to focus on our careers as actors and musicians and that meant we had to give those projects time, energy and a lot of dedication. It also allowed each one of us to grow professionally and personally. Now, the time [for the reunion] is perfect because we’re now more conscious, more mature, we’ll enjoy it from a different perspective now as adults.”

The comeback tour announcement comes a month after the band’s social media accounts shared a minute-plus video, captioned “Soy Rebelde,” which combines a scene from the telenovela Rebelde and recent footage of the current five group members at an intimate dinner.

Conversations for a live, in-person tour had been happening sporadically but nothing ever came to fruition because of conflicting schedules. It wasn’t until late last year that the conversations became serious after all members attended Perroni’s wedding in October. “When I was planning the wedding, the DJ asked me which songs not to play and I strictly said, ‘No RBD songs,’” Perroni remembers. “I explained that I didn’t want my bandmates, who were my guests, to feel pressured into having to sing.”

Then, something unexpected happened: The day of the wedding, RBD members went to ask the DJ to play “Rebelde” and “Sálvame” and they all started singing in unison. “It was an incredible moment. A few days later we started a group chat, and all agreed it was time to have that reunion tour. We planned it all in a month and a half and here we are.”

When RBD last toured, in total it grossed $72.5 million and sold over 1.5 million tickets, according to figures reported to Billboard Boxscore. On the Billboard charts, RBD had a total of seven entries on the Billboard 200 chart including Rebelde, Celestial and Nuestro Amor, and eight entries on Top Latin Albums with six hitting the top 10. Over on Hot Latin Songs, the band had 10 total entries and out of those, five hit top 10.

“20 years later, we’re closing a cycle of our lives that was so important and so spectacular. Our intention this time around is to enjoy it to the fullest, to share, thank everyone and have some sort of closure that I don’t think we had last time around. We had a goodbye tour back then, but it didn’t feel like we really said goodbye.”

This time around, Anahí, Dulce María and Perroni will be touring as mothers. Anahí has two kids, Dulce María one and Perroni recently announced she’s expecting her first child. “I’m preparing myself physically and mentally for this new stage in my life, which will be challenging but a great opportunity as well. My friends, Dulce and Anahí, who already have experience in motherhood will be there to guide me and give me tips. It will be a very special year for all of us.”

Tickets for RBD’s Soy Rebelde Tour are set to go on sale Jan. 27 at 10 a.m. See the tour dates and details here.