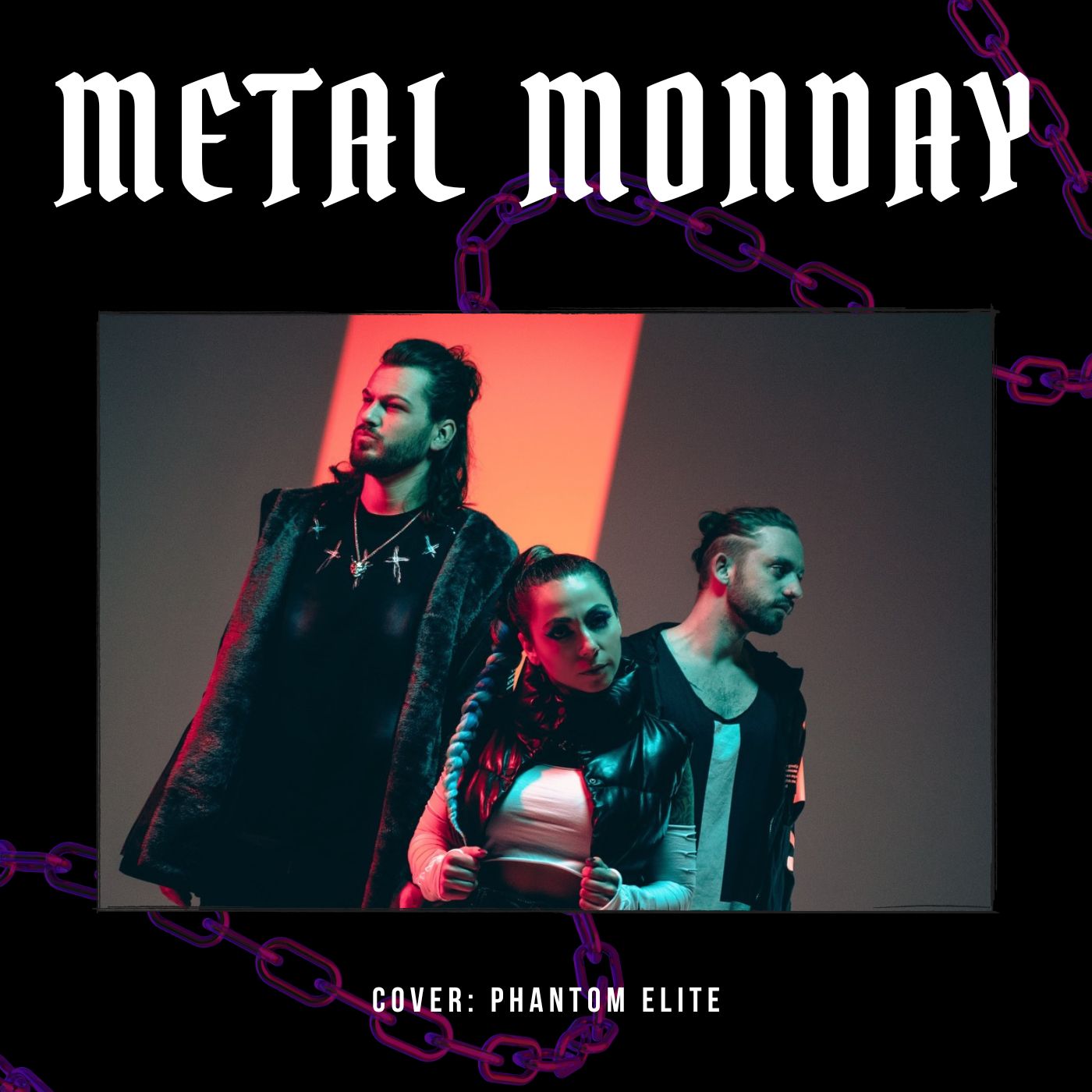 International metal band Phantom Elite have announced the upcoming release of their third album (but second with the current line-up). Blue Blood is out on March 17, with a first single and video for the song ‘Inner Beast’ available now.

Melbourne Crustmetal/Deathpunk band Küntsquäd are excited to announce they have inked a record deal with European label Wormholedeath for their upcoming debut album release. The self-titled album will be released worldwide on February 24. With the announcement comes the release of the first single ‘Gods Of War’.

Visions Of Atlantis returned strongly with their studio release, Pirates, in 2022, followed by extensive touring through Europe and the US. There’s no time to rest for the Pirates, so they start 2023 with the release of a brand new high-quality official music video. Capturing their dedicated fans in the video, the rousing single ‘Clocks’ will make every symphonic metal enthusiast’s heart pound faster. Fixing itself in the minds of the crowd forever, catchy harmonies are underlined by bouncy metal beats. The single comes just in time for the band’s announcement of their Pirates Over Europe tour, featuring support from Autumn Bride, and kicking off in Germany on April 4. The tour will follow their Pirates Over North America tour, featuring support from The Spider Accomplice and beginning on February 7 in Los Angeles, CA. Clémentine Delauney: ”We are so excited to be able to release a video for ‘Clocks’ as we love this song and we noticed that it quickly became one of our fans’ favorites as well! We could tell from the crowd’s response every time we started to play this song live last year! So here is a fun portrait of what enjoying life as a pirate can be about, remembering the clock is ticking… Let’s all make a golden play out of 2023!” [via Brave Words]

In 2022, Delain strode boldly forwards, announcing a revitalized lineup and plans for a new studio album, entitled Dark Waters, to be released February 10 via Napalm Records. The album is a sonic rollercoaster ride of catchy tunes with explosive elements, ranging from pop to film score-inspired to blistering, room-shakin’ metal, and even includes a special guest or two. Unveiled this week, the new, emotionally-driven single ‘Moth To A Flame” also showcases Delain’s versatility, offering up a pop-induced hymn, and proving that the globally respected band are at the top of their game. The official video for ‘Moth To A Flame’ draws listeners even deeper into the Delain universe. [via Brave Words]

Waving the flag of a new generation of metal, alternative and punk, The Hellfreaks are thrilled to announce the upcoming release of their fierce new album, Pitch Black Sunset, set for release April 14 via Napalm Records. The curtain has finally fallen again as the budding band unveils their addictive first heavy rock-infused single, ‘Hit Me Where It Hurts’. Jumping right into the pit, the quartet blends metallic punches with a sound echoing the likes of genre visionaries Muse, accented by electrified guitar leads and raspy punk vocal attacks by singer Shakey Sue. Representing the relentless atmosphere of the song, the Hungarian musicians strap on their boots to celebrate a never-ending night in their official music video. The Hellfreaks state on ‘Hit Me Where It Hurts’: “’Hit Me Where It Hurts’ is about hope and despair. Hope is able to move mountains. But what if the desired dream stays a dream? Then hope turns to prison. Intoxicated by a desire that never comes true, we reach the dead end, where the brain clearly sees the way out, but our heart won’t let us make the necessary steps. All that’s left is suffering. This song is an invocation for the metaphorical punch to eliminate the last piece of false hope, the real culprit in such a situation.” [via Brave Words]

Symphonic metal band, Beyond The Black, have released their fifth studio album, which is self-titled, via Nuclear Blast Records. The band also deliver a music video for the track, ‘Free Me’. Jennifer Haben comments: “This album is the epitome of Beyond The Black and it’s arrived finally where it belongs: with our fans! We couldn’t be happier, and today we’re celebrating this release with the powerful, reassuring message of our new single, ‘Free Me’: Never think you need to go out alone and solemnly carry the weight of the world. We’re in this together and we are many!“ [via Brave Words]

It’s gonna be really tough for any metal song this year to be more exhilarating than ‘Pardon Me, I Have to Go Now.’ Hanabie‘s latest stunner is a distinctly modern update on the garishly fun electronic-core that took off in the late 2000s; neon party synths, breakdowns with the jingly catchiness of a radio hip-hop beat, and wheel-screeching turns between throat-searing screams and buttery cleans. Hanbie add flecks of traditional Japanese instrumentation and notes of hyperpop onto that pile, and the result is a blindingly fun anti-work anthem that’ll make you want to slam your computer shut and gleefully stomp it to pieces. [via Revolver]