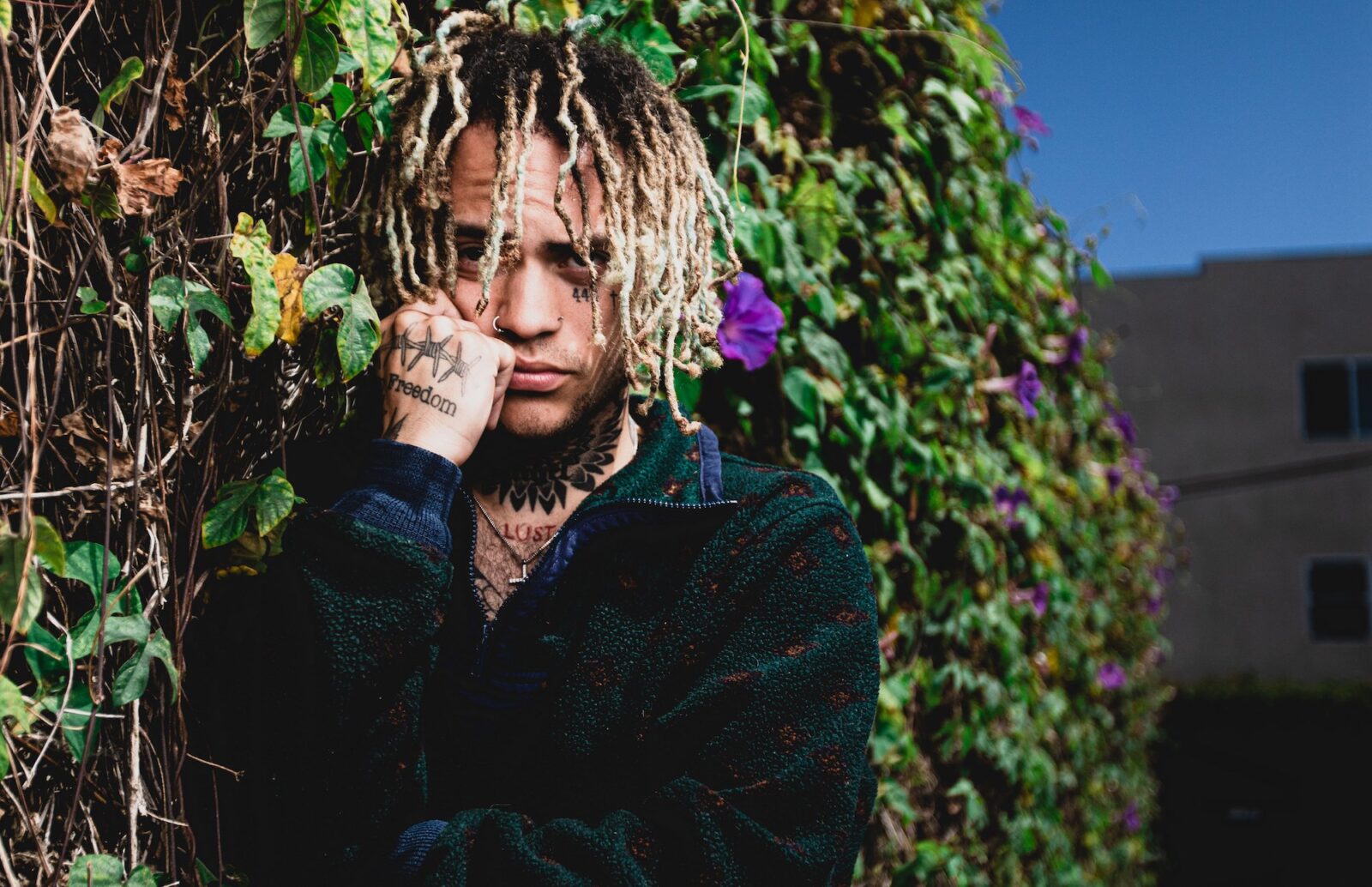 For Pardyalone (born Kalvin Beal in Eden Prarie, Minnesota), music is a form of expression to work through struggles with depression, anxiety, and the gamut of negative emotions that plague so many people in our ever-chaotic world. He’s participated in other solitary endeavors, like skateboarding and creative writing — or any other outlet that didn’t involve the self-described quiet kid speaking up at school or to his parents, friends or a therapist about his problems.

But all of the resources Pardy would use to work through these down periods were for him and him only. With his music career, the production and behind-the-scenes work were certainly solitary tasks. As soon as he uploaded his first song, “No More,” on Spotify, he discovered a group of people to share these feelings and emotions with. Pardyalone’s creative expressions quickly found a community of like-minded supporters.

“It’s easy for me — and for a lot of people who listen to my music — to seclude ourselves instead of discussing what we’re going through,” he explains. “When I first started making music, I finally realized ‘Hey, maybe speaking on how I’m feeling can help other people who don’t have that voice, or the ability to express themselves in the way I can, musically.’”

Take, for instance, “Not A Home,” one of the four superlative tracks from his new EP, A Place For Us. Over contemplative acoustic guitar, Pardy showcases his powerfully confident voice, moving between a near-falsetto and an almost-yell. He drenches the melodies in a barrage of voices, giving his songs the feeling of multiple people in conversation. As a subtle bass drum and snaps come in, Pardyalone sings “I thought that I loved you / But the more I don’t think, the more I don’t feel a thing / I’m running in circles, I don’t wanna feel this way / My hеad’s underwater, and I don’t wanna be savеd.”

Clearly about a relationship that’s run its course, the song is a painful realization that hiding his feelings is causing more pain than the breakup would. On “Sincerely, Fuck You,” he turns his gaze inward, singing about the internal demons he fights on a day-to-day basis. “I’m getting sick of the hiding / All this time I’ve been spending alone low / Getting sick of anxiety / Don’t know how much longer I can hold on.”

Though the project is mostly occupied with these struggles, Pardyalone foresees better days ahead. His relationship with his community of fans has given his work a new meaning and shifted his perspective as an artist.

“I go on my Instagram and I can talk to kids, and they just pour their hearts out to me,” he says. “It’s the most inspiring thing. It’s cool because I can be the person that they need. Even though I can’t DM every single one back, or I can’t talk to every single person in the world, it’s like, they can still put my music on and relate.”

Pardyalone is also getting more comfortable with the idea of people liking his music for his songwriting style alone, and not necessarily whether they can relate to specific ideas he shares. Though the ideas may shift, the style remains the same. His philosophy is one that aims to help others by being as honest and direct as he can.

“My perspective from today is going to change — it’ll be different tomorrow,” he explains. “My music will change with that, but I’m always going to be emphasizing mental health awareness. [It will always be about] how do we build a family-based group of fans that can lean on each other during good times and bad?”

The post Pardyalone is Building a Mental Health Community Around His Music appeared first on SPIN.