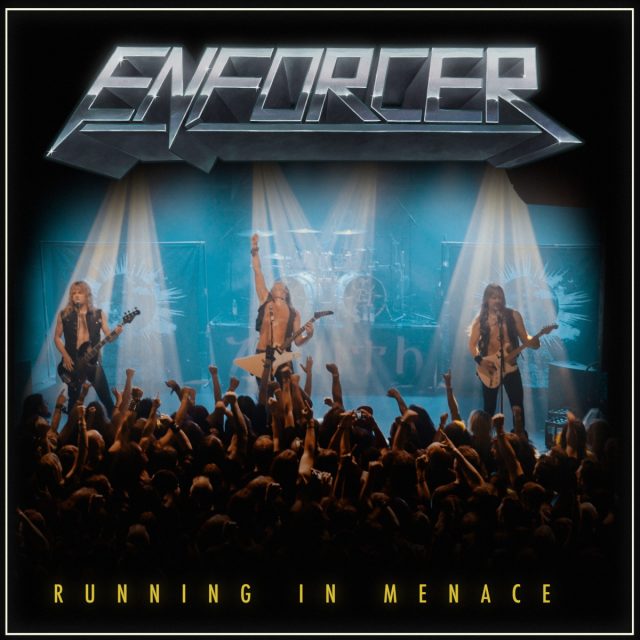 The new year has hardly begun, and some great news has already arrived from the far north. Swedish heavy metallers ENFORCER have listened to their fans and revived their classic track ‘Running In Menace‘. Today, the band has released a fresh, re-recorded version of the track originally released in 2010, launching them into the new year headfirst. Along with the song re-release, the band have revealed a new video, which shows exclusive clips of the Swedes, filmed during their latest European tour in spring 2022.

ENFORCER‘s Olof Wikstrand comments:
”Let’s kick off the new year with some exclusive stuff! Last year we had an Instagram vote for your favourite album song that we don’t normally play. And the winner was… ‘Running in Menace’ from 2010! So, we decided to include that in our set, but also, we re-recorded the song during a soundcheck in Warsaw and put together a tour video for it.
Hope you all enjoy it!”

Swedish heavy metal band ENFORCER were formed in 2005 by lead vocalist and guitarist Olof Wikstrand. Their first two albums Into The Night (2008) and Diamonds (2010) established the band’s loyal fanbase and left a long-lasting imprint in the heavy metal world. With increasing success in the underground scene, ENFORCER led and created a worldwide movement later referred to as ‘the new wave of traditional heavy metal’. In 2012 the Swedes were recognised for their impressive musical repertoire and signed a worldwide record deal with the biggest metal label in the world, Nuclear Blast Records. Since then, the band have released three more studio albums with Death by Fire (2013), From Beyond (2015) and Zenith (2019). To date, ENFORCER have toured the world over, playing the biggest festivals and garnering a global fanbase. The culmination of their tireless work ethic also resulted in the release of two live albums, Live By Fire (2015) and Live By Fire II (2021). ENFORCER have proved themselves both live and on record, and in 2023 they stake their place amongst the world’s most renowned heavy metal bands.