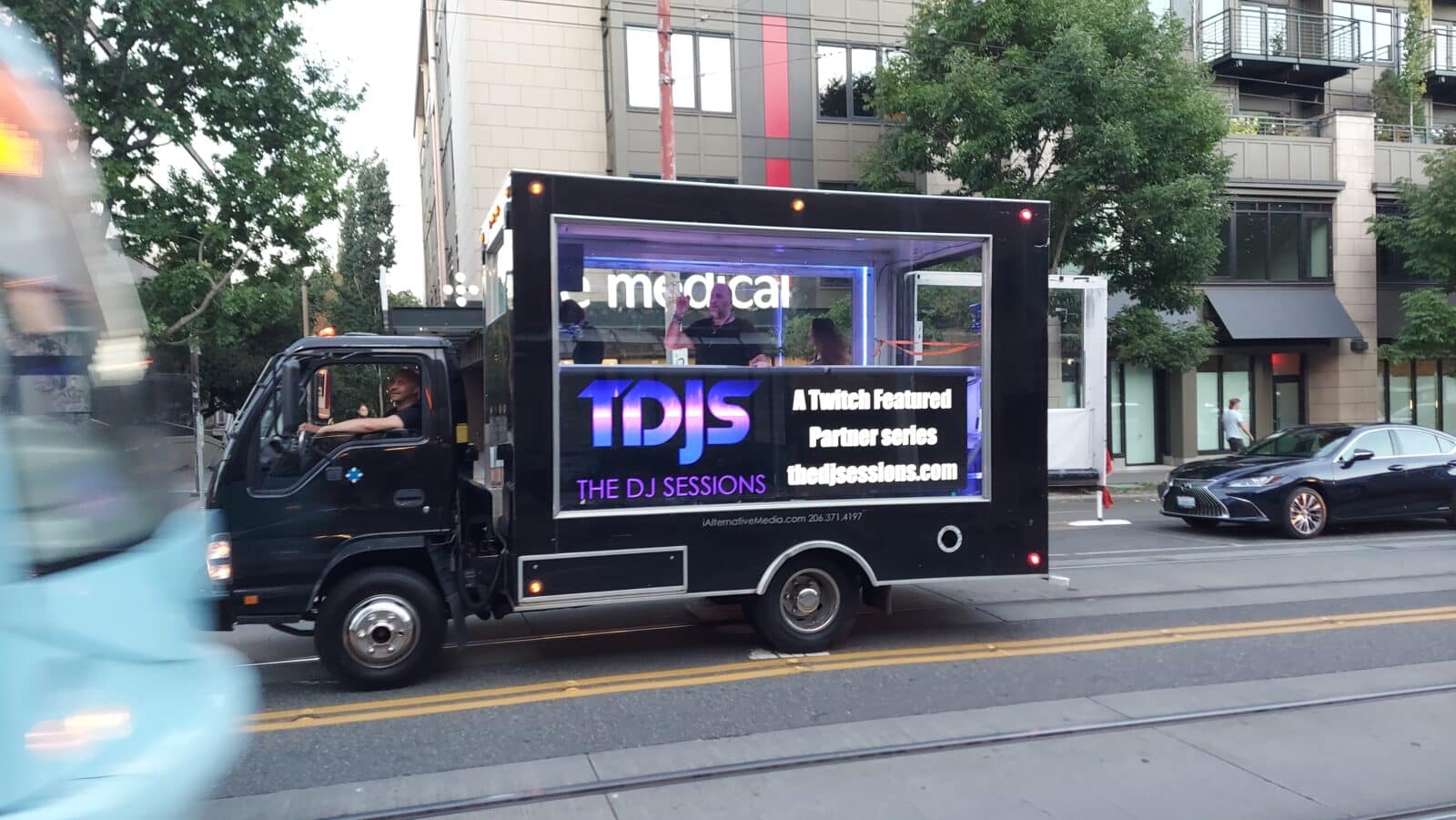 While many DJs turned to live streaming in the pandemic to freshen up their skills and connect with fans, there have others who were doing that for many years. Channels like Boiler Room have turned them into live events, which are broadcast across the web, while others have focused more on the DJ and music (often with an interesting back drop). The DJ Sessions is a DJ live stream company that has been operating for over 12 years, with 2232 episodes in that span. They do events for Kraken & Seahawks games, plus various brunch, silent disco and mobile sessions. It has been going strong recently, getting a boost in the pandemic, and will ramping up to 700-1000 episodes per year in 2022.

Courtesy of The DJ Sessions

During that period, the streams have traveled internationally to major music events and gaming conventions. The Seattle-based non-profit can be found across various channels like Twitch, Apple and other podcast sites. It has a combined live streaming/podcast audience is over 125,000 viewers per week.

The DJ Sessions has been recognized by Apple twice as a “New and Noteworthy” podcast and featured three times in the Apple Music Store video podcast section. UStream and Livestream have also listed the series as a “Featured” stream on their platforms since its inception.

This summer it will expand with a label featuring resident and international artists.

The DJ Sessions is run by Darran Bruce.

You can check them out on Twitch, Instagram, TDJS and TikTok. They have an iOS app and a website.

DARRAN BRUCE: THE MIND BEHIND THE DJ SESSIONS STREAMING SITE – ...

Livestreaming Goes Modern And Into VR With Twitch Featured Partner ...

Scott Slyter on the Virtual Sessions presented by The DJ Sessions ......

Bollywood Nights at Ora Level One