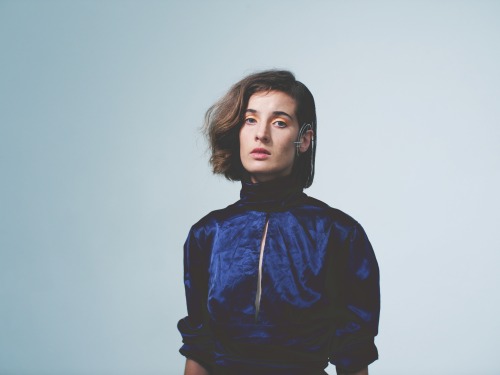 Indie pop artist LIJO releases ‘Spell’, an enchanting, icy song that pierces right through the heart. With almost all accompaniment being stripped away, the isolating ‘Spell’ instantly transports you to a lonely tundra. ‘Spell’ hurts, but in a good way.

After the groovy ‘Future Memory’ and energetic ‘Dog Eyes’, ‘Spell’ is the first heartbreak ballad LIJO puts out, though the term ‘love song’ doesn’t do the track justice. It shows LIJO’s innovativeness in minimalism as well as her trademark poetic approach to lyrics – it promises versatility for her upcoming music.

In previous releases LIJO has already shown literate songwriting and inventive approach to melody, as well as an observing eye fixed on the world around her. In LIJO’s eyes, everything seems like a show: on a small scale, we all are the main characters of our own little stages, and on a bigger one we act like we are the main character in this world. LIJO addresses this and its consequences, but then decorates it with a sense of lightheartedness and danceability, innovative melodies and feverish sounds. Because as she puts it, all we can and should do is add beauty to a world that needs it.

Maple Run Band “Used To Be The Next Big Thing”… just sign here, ...

Scott Slyter on the Virtual Sessions presented by The DJ Sessions ......

Bollywood Nights at Ora Level One