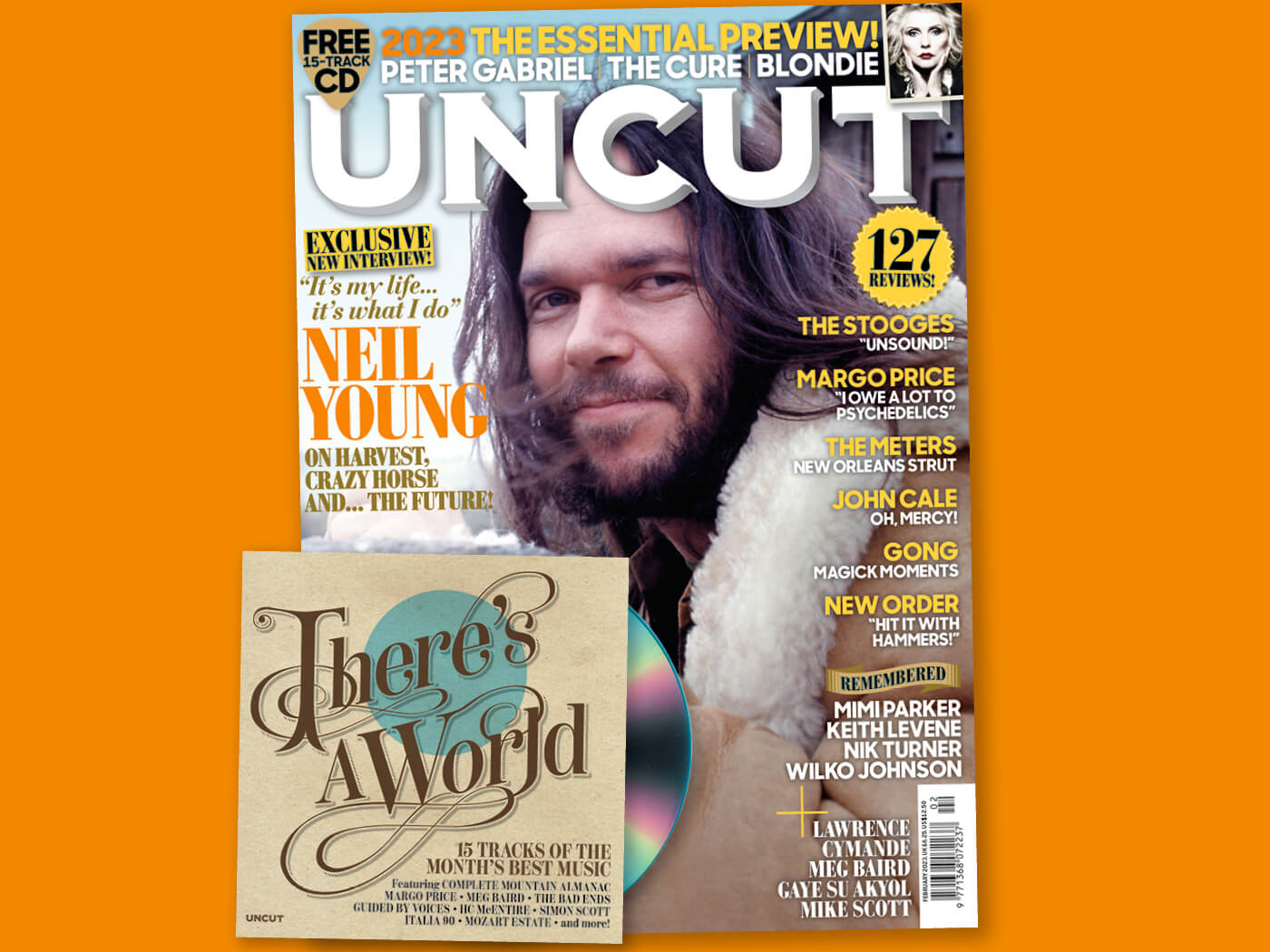 In this month’s review of John Cale’s new album, Mercy, Tom makes a good point about the creatively successful third acts enjoyed by many veteran Uncut favourites. Musicians, in other words, who are still making vital and exciting music that fulfils their early artistic promise. Celebrating the evolving stories of artists like Cale is, of course, a critical part of what we do here.

ORDER NOW: Neil Young is on the cover of the latest issue of Uncut

We’ve been following the capricious career swerves of this month’s cover star for Uncut’s entire lifetime – and, as ever, Neil Young doesn’t disappoint this month, as he looks back on a characteristically busy 2022 that included a new album with Crazy Horse, a legendary unreleased record from the vaults and a 50th-anniversary release for one of his most beloved classics. I’d go so far as to claim it’s one of the best interviews we’ve ever run with Neil – stand up, Damien Love – and covers a lot of ground with the kind of depth and focus Young often isn’t always inclined towards. After some comedy gold at the start, involving Neil and modern technology, Damien soon digs into one of the most intriguing aspects of Young’s career.

Writes Damien, “You have to wonder whether juggling so many eras at once, and so many sometimes contradictory versions of Neil Young, he ever finds things blurring together – if echoes from his busy past can sometimes slip through to influence his present.”

“It doesn’t really work like that, I don’t think,” Young replies. “I got a lot of stuff to clean up. I’ve got a big mess that I left behind. I’ve created a lot of unfinished records, unfinished this and that. I now have the time to deal with it, focus on it. But at the same time, anything new takes precedent. Always. Once I start thinking about something new, I drop the old stuff right away and do the new thing.”

It’s a great way to bring to a close a huge year for Uncut. We celebrated our 300th issue (and our 25th birthday) in the spring – milestones for any magazine, especially during these challenging times. So on behalf of myself, John, Marc, Tom, Sam, Mick, Mike, Michael, Phil, Johnny, Lora and Mark, sincere thanks for all your support over the past 12 months. As you’d imagine, we have lots of big plans lined up for 2023 – including a legendary artist making their debut as a cover star next month – and we hope you’ll come along for the ride.

In the meantime, have a peaceful Christmas and New Year. See you in January!

The Winery Dogs Let Their Highly Anticipated And Critically Acclaimed ...

The Winery Dogs Let Their Highly Anticipated And Critically Acclaimed ......

Defending Free Speech is a Dirty Job but Someone’s Gotta Do It: ......