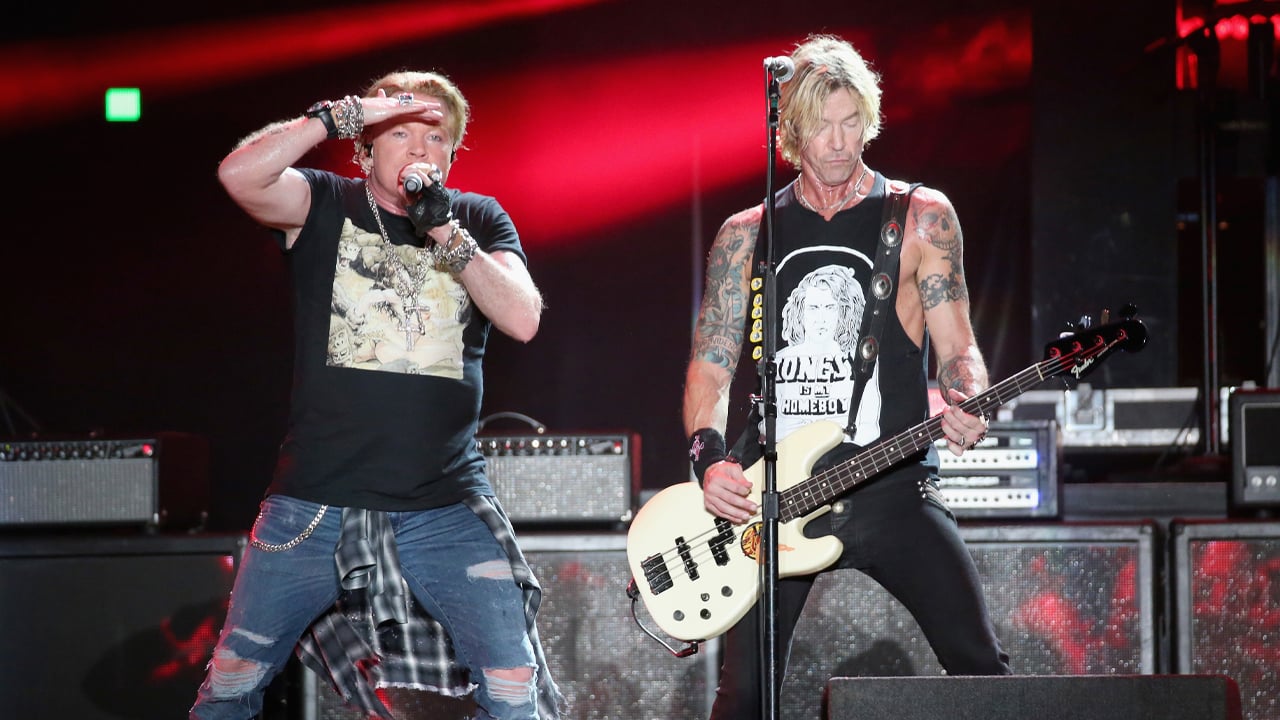 Guns N’ Roses appear to have been confirmed as headliners for the 2023 edition of Glastonbury, all thanks to bassist Duff McKagan. The iconic festival will take place from 21st to 25th June in Somerset, England, though the only headlining act confirmed so far is Elton John.

As NME reports, McKagan was discussing Guns N’ Roses’ upcoming plans on his Three Chords & The Truth radio program recently when he appeared to let the news slip. In addition to mention of a performance at London’s Hyde Park on 30th June, McKagan closed the conversation by simply noting “…and Glastonbury is gonna be iconic” without any further elaboration.

And it’s a biggie. On his radio show Guns n Roses bassist says “Glastonbury will be iconic!”#Glastonbury #GunsNRoses https://t.co/4JoeBlagbO

Guns N’ Roses have never performed at the iconic Glastonbury festival, but have been strongly rumoured in recent years, with organiser Emily Eavis stating in 2021 that the band “need to play” the festival at some point. Alongside the Los Angeles rockers, Arctic Monkeys are also reportedly strongly rumoured to appear as a headline act, though full confirmation won’t arrive until the lineup arrives in the coming weeks.

The 2022 edition of Glastonbury was the first to be held since 2019 due to the COVID-19 pandemic and featured Paul McCartney, Billie Eilish, and Kendrick Lamar. The festival also boasted a strong Australian contingency, including Crowded House, Courtney Barnett, Amyl & The Sniffers, and Confidence Man.