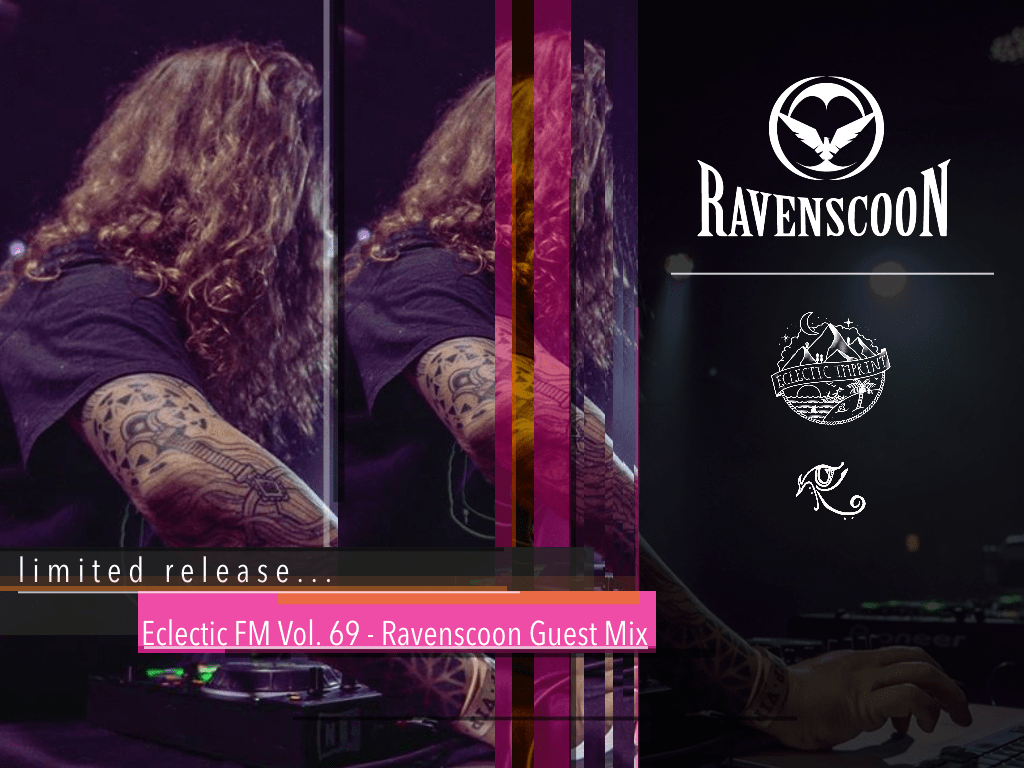 Remember the days of gritty underground live shows where heads were banging in omnitempo unison? Remember the sweat dripping down your nose into a salty puddle on the floor and “bass so loud” that you either had to wear earplugs or suffer the shrill ringing of hearing loss? Sure, those may seem like mere distance memories in the quarantine society— but thanks to guys like Ravenscoon, everyone should do well to remember the feeling.

For the 69th installment of Eclectic Imprint‘s online radio show, Electic FM, Ravenscoon comes stacked at the decks with the only kind of set that can be felt with thousands of strangers in a crowded dancehall. That right, Ravenscoon fans are in for a smorgasbord of secret edits, mind-melting mash-ups, the true dopamine high of “live,” and maybe even an unreleased tracks or three. The only catch? The mixtape is a “limited edition release,” meaning that it will fade away from the internet sound waves just as hard and heavy as it came in.

Ravenscoon’s mission is to take fans “all the way back” to pre-quarantine society, a time when partygoers perhaps took the occasional weeknight show for granted. Spanning just shy of thirty minutes, the only certainty to come of Ravenscoon’s “Eclectic FM Vol. 69” guest spot is that he’ll leave fans feigning for more and craving those late nights that turned into early mornings. “[W]e’ve decided to upload a version of the type of that is typically reserved for live shows,” Ravenscoon told his Facebook fan group yesterday evening. He goes on to explain this creative decision below.

“Because this is what is normally saved for a live set, we’ve decided that the mixtape will be a limited edition release, and DELETED from SoundCloud shortly after being posted. This means you have a small window to listen to this, crank it loud, share with friends on social media, and have a tone of fun while it lasts…”

While online streams are seemingly holding over music fans, they will never really take the place of being right up front, center, and in-person. Live streams can’t replace the feeling of making eyes with the DJ on your favorite part of the song or that adulterated feeling of euphoria following a hard night of dancing into the after hours. A true people’s champion in his own right, Ravenscoon is surely feeling nostalgic for these simpler times too.

As the latest guest mixer to be featured on Eclectic FM, Ravenscoon joins the ranks of producers like eevee, Holly, The Widdler, G-Space, PEEKABOO, Wreckno, and many more. Eclectic Imprint is an independent record label and management agency that spotlights up-and-coming talent along a wide spectrum of electronic music. They also manage the likes of Super Future, jordnmoody, Creighfish, and Milano— so it’s truly “all in the family” for Ravenscoon around here.