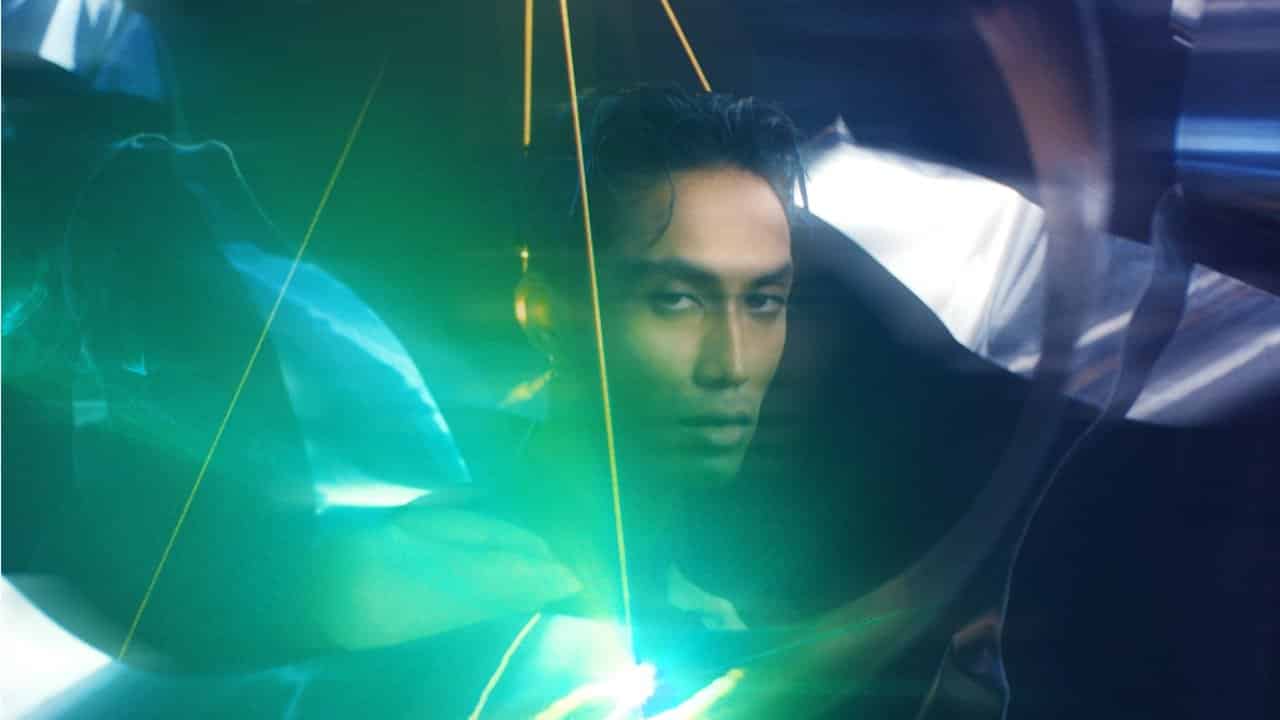 Kavi’s new EP, KRUSHED!, is one of 2022’s most anticipated debuts. The single, ‘REALITY TV’, introduced Kavi to the Australian public in late 2021. ‘D-TRIPLE-U’ followed in early 2022, with both tracks showcasing Kavi’s taste for pop and electronic retro-futurism.

Kavi is the project of Malaysian-born musician and model Karvesh Pillai. Pillai worked in tandem with producer Rino Darusman to create KRUSHED!, drawing from a pool of influences that included pop, new rave and hyperpop acolytes Charli XCX and Shygirl. Here, Kavi goes into detail about the artists who inspired KRUSHED!.

The inventor of pop, songs, EPs and albums, Charli XCX is a mother to many, myself included. My world was never the same following the arrival of Charli’s Pop 2 mixtape. I had been experimenting with making music in school for a few years before Pop 2’s release, but never felt that the sound I was developing was authentically me.

I view Pop 2 as a project in which Charli harnessed the technicolour energy of hyperpop – pioneered by artists such as SOPHIE, A. G. Cook and Danny L Harle – and fused it with incredibly well-constructed, familiar songwriting. The result was a body of work that was experimental, yet accessible to audiences who mightn’t have been familiar with the world of hyperpop, which is something I aim to achieve with KRUSHED!. I’m manifesting a Kavi XCX release. One day.

I don’t think Ninajirachi gets enough credit for her impact on the Australian music landscape. She’s been pushing the boundaries of electronic music in Australia for years and is a pioneer of an incredibly exciting scene of local electropop artists.

Her album with Kota Banks, True North, is a project that was foundational to the making of KRUSHED!. Nina’s perfectly saccharine yet hard-hitting production served as a reference point for my EP, while I was in the process of curating a sonic mood board for how I wanted KRUSHED! to feel.

I discovered caro<3 as I was writing ‘lungs’, the closing track on KRUSHED! and the last song I wrote for the project. Relative to the other songs on the EP – big, expansive pop songs – the intimate, downtempo vulnerability of ‘lungs’ took inspiration from caro<3’s Heartbeats/Heartbreaks LP. An album packed with the most beautiful, shimmering, meditative soundscapes, the project’s hero is caro<3’s gorgeous voice – super tastefully processed without taking away from her delicate delivery.

Co-founders of the UK-based NUXXE collective and label, Shygirl and Sega Bodega’s work together is club-inspired pop perfection. Shygirl’s ALIAS EP, with production from Sega, was a huge inspiration for KRUSHED!, fusing high energy, rave-esque production with addictive melodic hooks and clever lyricism.

I love the more pop-leaning direction that Shygirl is currently heading in with her recent releases, and am in awe of her versatility as both a vocalist and songwriter.

I was hooked on daine’s ‘My Way Out’ from my first listen and it became a staple of my 2020 lockdown soundtrack. Her knack for capturing emotive vulnerability in her lyricism is something I admire and it’s exciting to watch her develop her sound and continuously deliver poignant songwriting against new sonic backdrops.

I discovered daine’s music around the time I began conceptualising KRUSHED!, and her early releases informed the way I approach songwriting, especially in the context of hyperpop, which is a genre that I think can often place greater emphasis on production over well-written lyrics.

Shawn Mendes Hangs With the Weeknd in Miami During 24th ...

Jay Hardway on the Virtual Sessions presented by The DJ Sessions ......

Danny Darko on the Virtual Sessions presented by The DJ Sessions ......

Coke Beats on the Virtual Sessions presented by The DJ Sessions ......

Amir Sharara on the Virtual Sessions presented by The DJ Sessions ......

Shawn Mendes Hangs With the Weeknd in Miami During 24th ......

The Comet Is Coming unveil their new album Hyper-Dimensional Expansion......

Alex Niggemann LIVE on the Virtual Sessions presented by The DJ ......

Kaspar Tasane LIVE on the Virtual Sessions presented by The DJ ......

Micke LIVE on the Virtual Sessions presented by The DJ Sessions