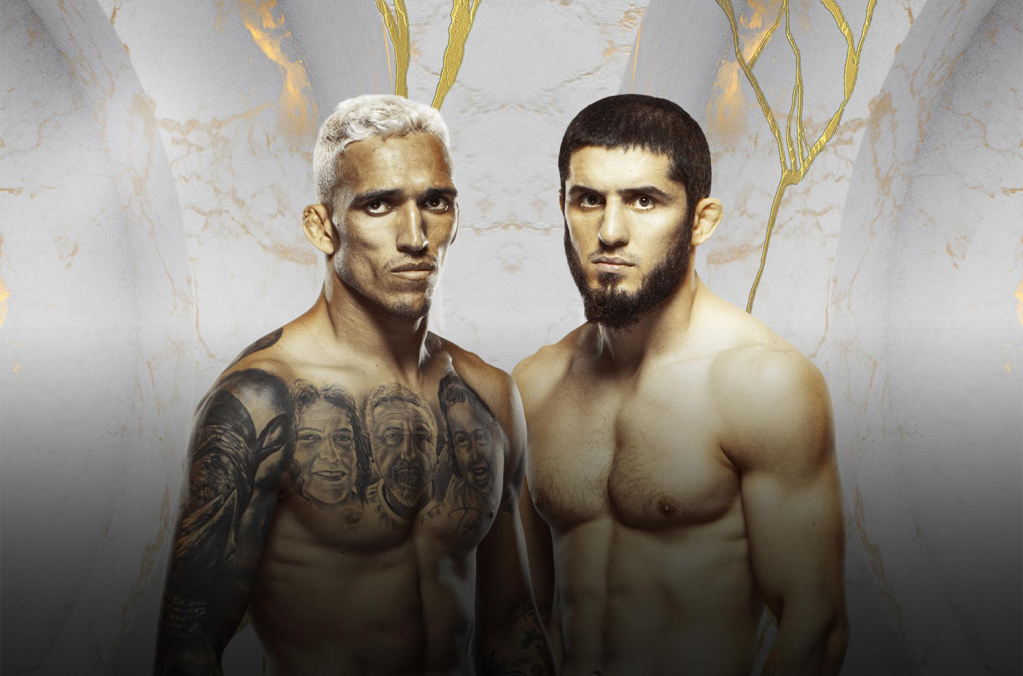 All products and services featured are independently chosen by editors. However, Billboard may receive a commission on orders placed through its retail links, and the retailer may receive certain auditable data for accounting purposes.

Former lightweight champion Charles Oliveira will attempt to regain his title when he faces off against Islam Makhachev in UFC 280 this weekend. The PPV fight will stream exclusively on ESPN+.

Keep reading to find out everything you need to know about UFC 280, including how and when to watch, fight card details and more.

The match between former lightweight champion, Oliveira and Makhachev is one of the year’s most anticipated UFC fights, as it will determine a new chapter for both fighters.

UFC 280 is the first fight for Oliveira since he was stripped of the lightweight title and disqualified for being underweight at UFC 274 in May. If Oliveira wins the title back, he will likely go on to fight Alex Volkanovski, who is a backup fighter for the UFC 280 main card event after doctors cleared him to fight following a hand injury over the summer.

Makhachev might be the underdog at UFC 280, but don’t count him out just yet. Keep reading for details on how the two fighters match up.

Oliveira vs. Makhachev: How They Match Up

Brazil’s Oliveira is favored to win among betters; however, Russia’s Makhachev will prove to be a tough competitor, as he has won 10 consecutive bouts since the only loss of his MMA career to Adriano Martins at UFC 192 in 2015.

Oliveira, meanwhile, is just as impressive. He has won 11 fights in a row, with 10 via stoppage. Oliveira beat Michael Chandler, Dustin Poirier and Justin Gaethje in succession via stoppage.

Oliveira, 33, and Makhachev, 31, are also in a close race when it comes to measurements. Both are 5-foot-10-inches and 155 pounds. However, Oliveira has a slightly larger reach of 74 inches compared to Makhachev’s 70.

New to ESPN+? It’s the go-to streaming destination for dedicated sports fans. From UFC to NFL, sports lovers will find a variety of live and on-demand programming, including PPV sporting events, documentaries, and exclusive series.

To watch UFC 280, subscribe to either ESPN+ or the bundle deal and add the PPV fight for $74.99. The Disney bundle includes Hulu’s ad-supported plan and can be canceled anytime. PPV purchases are non-refundable.

In addition to the main event, the co-main event features Aljamain Sterling facing off against TJ Dillashaw, Petr Yan versus Sean O’Malley, Beneil Dariush against Mateusz Gamrot, and Katlyn Chookagian versus Manon Fiorot.