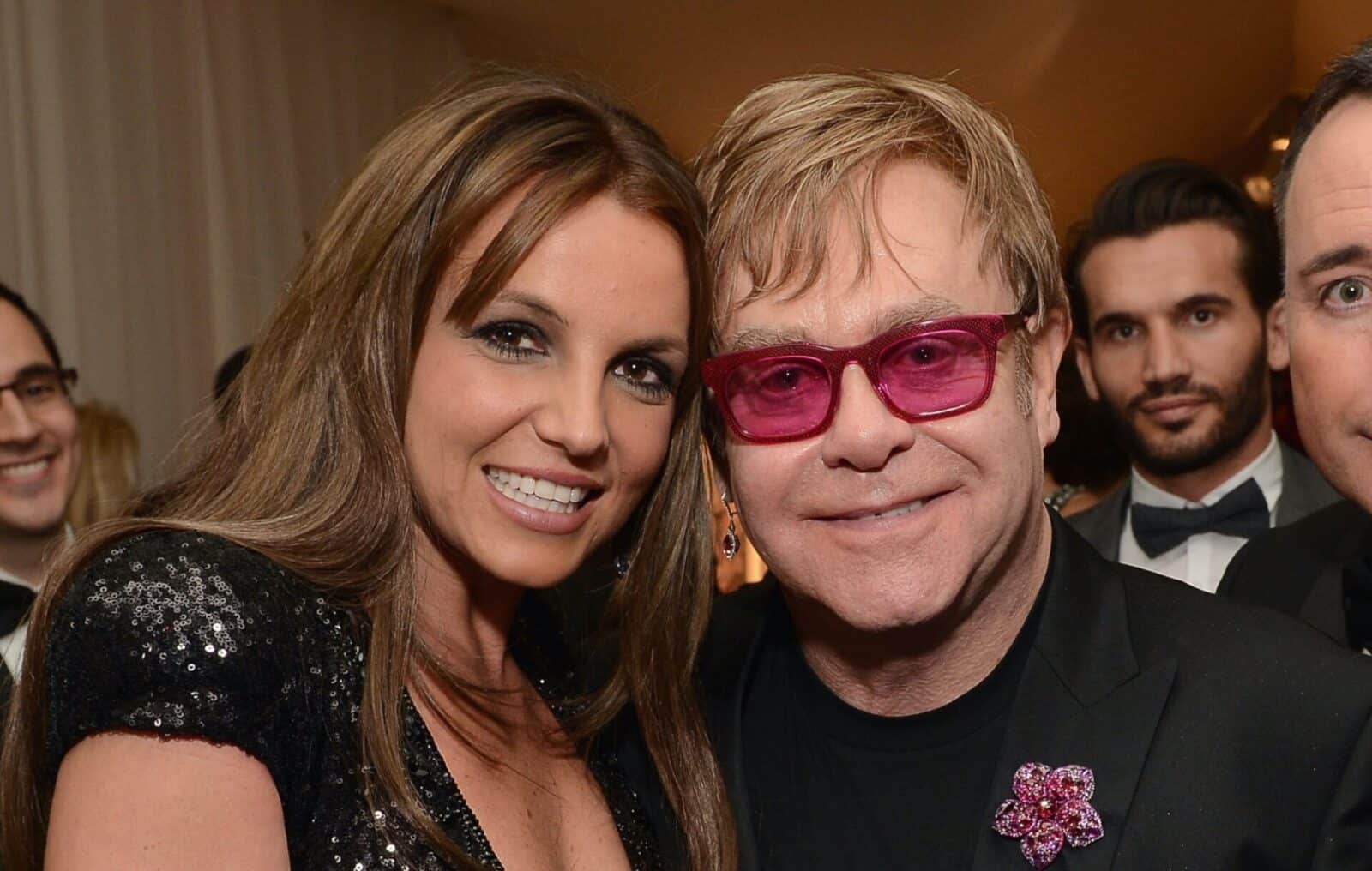 Elton John has recalled how he helped Britney Spears overcome her “fear” of returning with new music following a six year hiatus.

The pair have teamed up for the new single ‘Hold Me Closer’, a reimagining of John’s 1971 classic track ‘Tiny Dancer’. Arriving today (August 26), it marks the first material from Spears since her 2016 album ‘Glory’ (an outtake from that record, ‘Swimming In The Stars’, came out in late 2020).

Writing on Twitter yesterday (August 25), the pop star – whose controversial 13-year conservatorship was terminated last November – said she felt “kinda overwhelmed” as she prepared to make her musical comeback. “It’s a big deal to me!!!” she wrote.

During a new interview with The Guardian, John has now spoken about his experience of working with Spears on ‘Hold Me Closer’ in the studio.

“We had to get her to approve what she did,” he told the publication. “She’s been away so long – there’s a lot of fear there because she’s been betrayed so many times and she hasn’t really been in the public eye officially for so long.

“We’ve been holding her hand through the whole process, reassuring her that everything’s gonna be alright.”

The legendary artist went on to say that he’s “excited” about how the collaboration could give Spears “more confidence than she’s got already” should it turn into a “big hit” in the charts.

“She will realise that people actually love her and care for her and want her to be happy,” John continued. “That’s all anybody in their right mind would want after she went through such a traumatic time.”

Later, John reflected on his own struggles during his younger years and said he wants to use his own “experience” to help other artists who find themselves in “a dark place”. He explained: “It’s hard when you’re young. Britney was broken. I was broken when I got sober. I was in a terrible place.

“A lot of artists, you’d think they’d have a lot of self-esteem but they don’t, and that’s why we go onstage and we get the applause, and then we come offstage and we’re back to square one.”

In her message ahead of releasing ‘Hold Me Closer’, Spears told fans that she was currently “meditating more and learning my space is valuable and precious”.

She continued: “I’m learning everyday is a clean slate to try and be a better person and do what makes me happy … yes I choose happiness today. I tell myself every day to let go of the hurt bitterness and try to forgive myself and others to what may have been hurtful.

“I want to be fearless like when I was younger and not be so scared and fearful. I pray there actually is truth to the Holy Spirit and I hope that spirit is with my children as well !!! Yes … I choose happiness and joy today !!!”

Britney Spears recently accused her mother, Lynne, of being abusive to her previously. Spears has publicly expressed numerous grievances against members of her family of late, including her sister Jamie Lynn and her brother Bryan. Back in January, she said: “My family loves to pull me down and hurt me always so I am disgusted with them.”

Last month, Britney’s father was ordered to give a deposition and answer questions about his alleged misconduct while at the helm of the pop star’s now-terminated conservatorship.

In April, the singer objected to paying the huge legal fees that her mother had accumulated over the course of the widely-publicised legal battle to end the conservatorship.

The post Elton John on helping Britney Spears return to music: “There’s a lot of fear there” appeared first on NME.