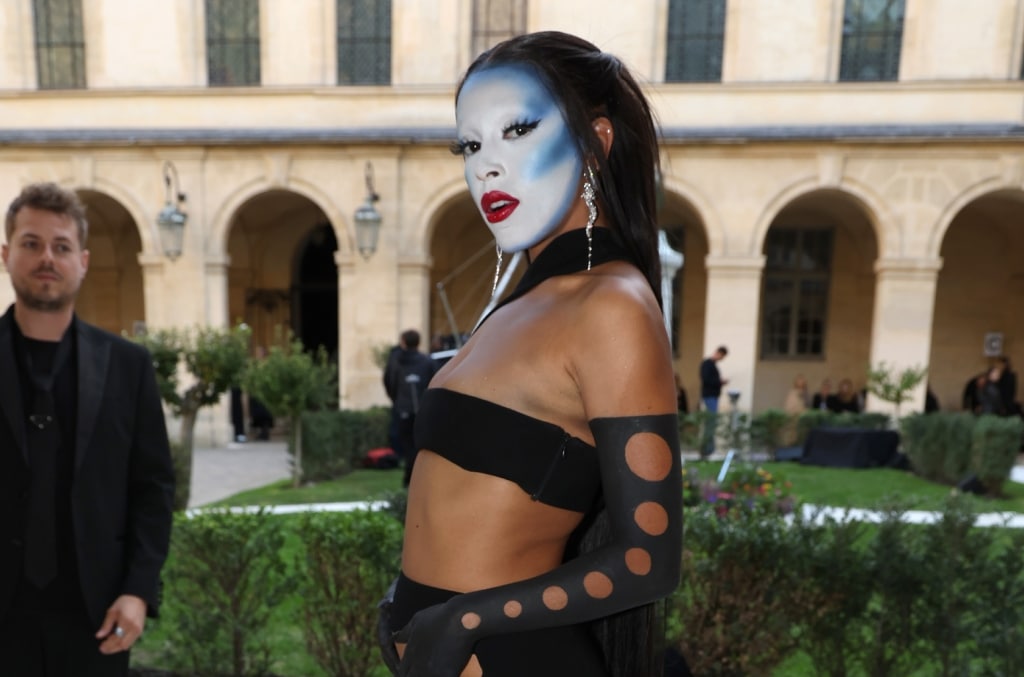 Doja — who has been keeping fans on their toes lately when it comes to teasing what her next album will sound like — played around with her style this weekend in Paris. She attended Mônot’s spring/summer show on Saturday (Oct. 1) wearing an all-black ensemble accessorized with arm makeup resembling sleek gloves, white and blue face makeup, and bright red lips.

The makeup look was created by artist Laurel Charleston.

“Hand, arm and face makeup on @DojaCat for Mônot by me,” Charleston, who’s worked with Doja previously, tweeted on Saturday.

When a follower commented, “I had to zoom in to even notice they weren’t actual gloves. Killed it,” Charleston wrote back, “That was the goal hehe.” Later, the artist noted, “To clarify, she’s not wearing gloves it’s all makeup.”

Doja shared a few selfies of her painted face, captioned with a crescent moon emoji, on Twitter after showing off a different look for a Vivienne Westwood show earlier on Instagram. Her appearance at Paris Fashion Week also included a performance at a Kenzo event. See her latest selfies below.