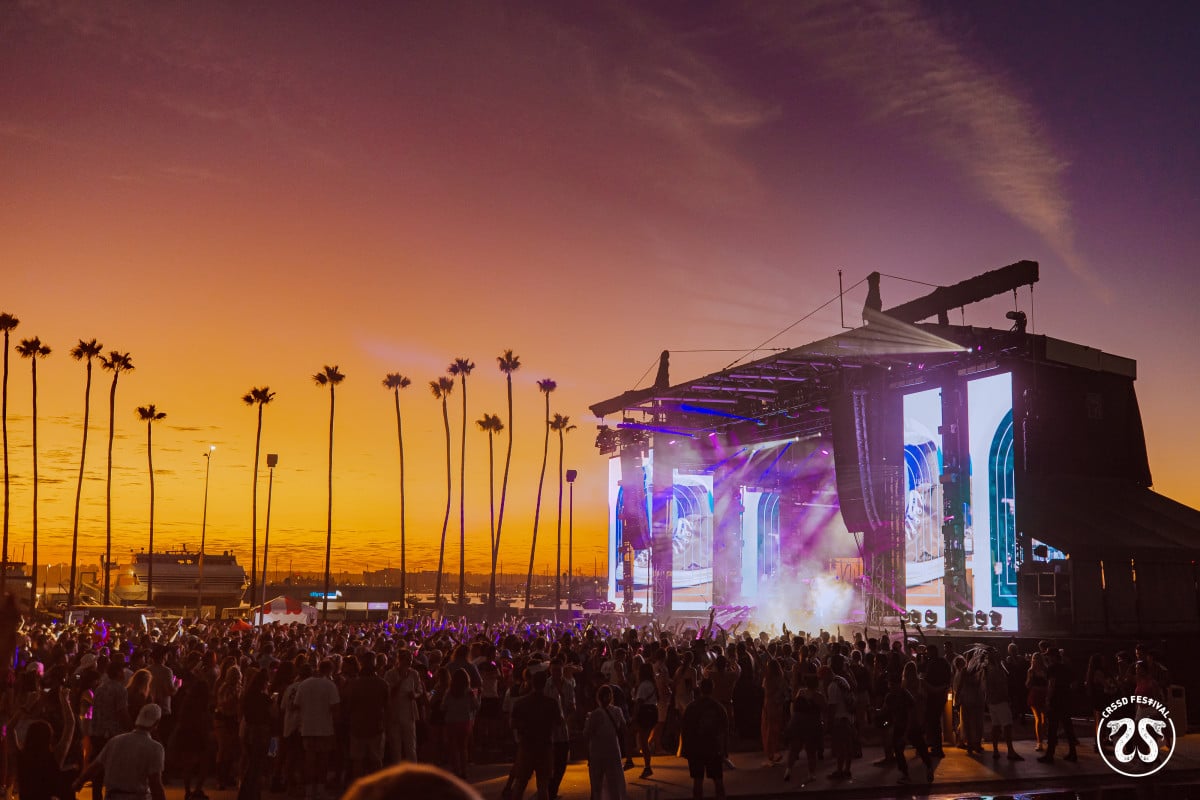 As festival season draws to a close, techno and house music fans across Southern California united in sunny San Diego last weekend for the fall edition of CRSSD Festival.

Since its inception in 2015, CRSSD has treated music fans to three stages packed with top-flight house, techno and electronica artists over a two-day period. This September’s iteration was no different under the technicolor sunsets of Waterfront Park, which offered thumping bass and incredible musical performances.

Each of CRSSD’s three stages has a distinct style, providing something for everyone in the electronic music community.

Palms, the first stage you encounter upon entering the festival, highlights primarily house artists who keep you dancing all day long. On Saturday, Wax Motif had fans grooving to a gritty G-House set, and there was no stopping us from getting down to the intoxicating beats of Dom Dolla.

The crown jewel of Palms, however, was Fatboy Slim’s closing set on Sunday. The electronic music legend left the crowd begging for more after an hour and a half of flawless mixing.

In the middle of the festival lies City Steps, a techno-heavy stage where dance music luminaries like Richie Hawtin and Testpilot (an alias of deadmau5) threw down heavy-hitting, four-on-the-floor beats.

Last but not least, the far end of the festival holds CRSSD’s main Ocean View Stage, which houses arguably the most impressive production value of the festival.

There’s a reason why CRSSD continues to grow in popularity. Creative stage setups, an intimate venue, great vendors and even better music all combine to make this fest a must-attend staple in the SoCal festival circuit.

You can find out more about CRSSD here.