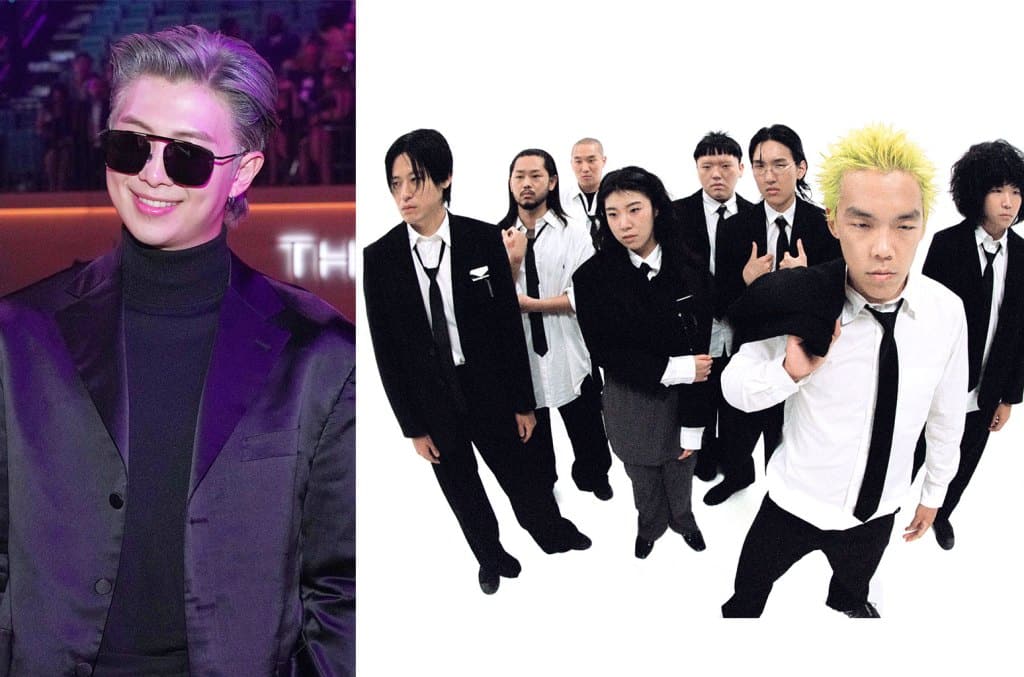 While BTS continue upon the “Chapter 2” in their careers, group leader RM makes his latest move by teaming up with the award-winning Korean musical collective Balming Tiger.

The self-described “multinational alternative K-pop band,” Balming Tiger is made up of nearly a dozen different creatives — including musicians, producers, directors, visual artists and writers  — working together since 2018 to represent the younger generation and popularize Asian culture on a global level. While the members simultaneously balance their own projects and careers, Balming Tiger releases feature various members coming together with new single “Sexy Nukim” marking their first in a year-and-a-half.

For their new hip-hop track “Sexy Nukin,” Balming Tiger brought rappers Omega Sapien (who recently featured Vernon of SEVENTEEN on a track), genre-hopping MC and songwriter Mudd the student (who scored a No. 1 hit in Korea after appearing on the popular hip-hop competition Show Me the Money), and rising producer-rapper bj wnjn, who was the main producer behind the single. Balming Tiger adding RM on their track marks the first time the collective has had an outside artist with a vocal feature.

Omega Sapien, Mudd the student, bj wnjn and RM all wrote on the track while Balming Tiger producer San Yawn — who’s known to be a friend of RM and has been in pictures on the star’s Instagram — acted as creative director for the project and co-produced the song.

Like an experimental indie film, the accompanying music video to “Sexy Nukin” is a multifaceted visual experience boasting a cinematic storyline, clever pop-culture references, plus trippy camera effects and cuts. Fans of Balming Tiger can also catch cameos from other members of the collective alongside the featured rappers. The video was directed by Japanese director Pennacky, who won Music Video of the Year alongside Balming Tiger at the 2020 Korean Hip-Hop Awards for “Armadillo.”

In a press release for the new single, Balming Tiger says, “We wanted to show ‘Asian sexy’ and ‘Asian cool’ through the music and visuals of the new single.” With more than seven million views across the four video teasers the group shared on Instagram ahead of the drop, no doubt the message will be well received and further boosted by RM’s global profile spotlighting a fully independent music collective from Korea.

Watch the “Sexy Nukim” video below now and look out for a compilation album from Balming Tiger in early 2023.