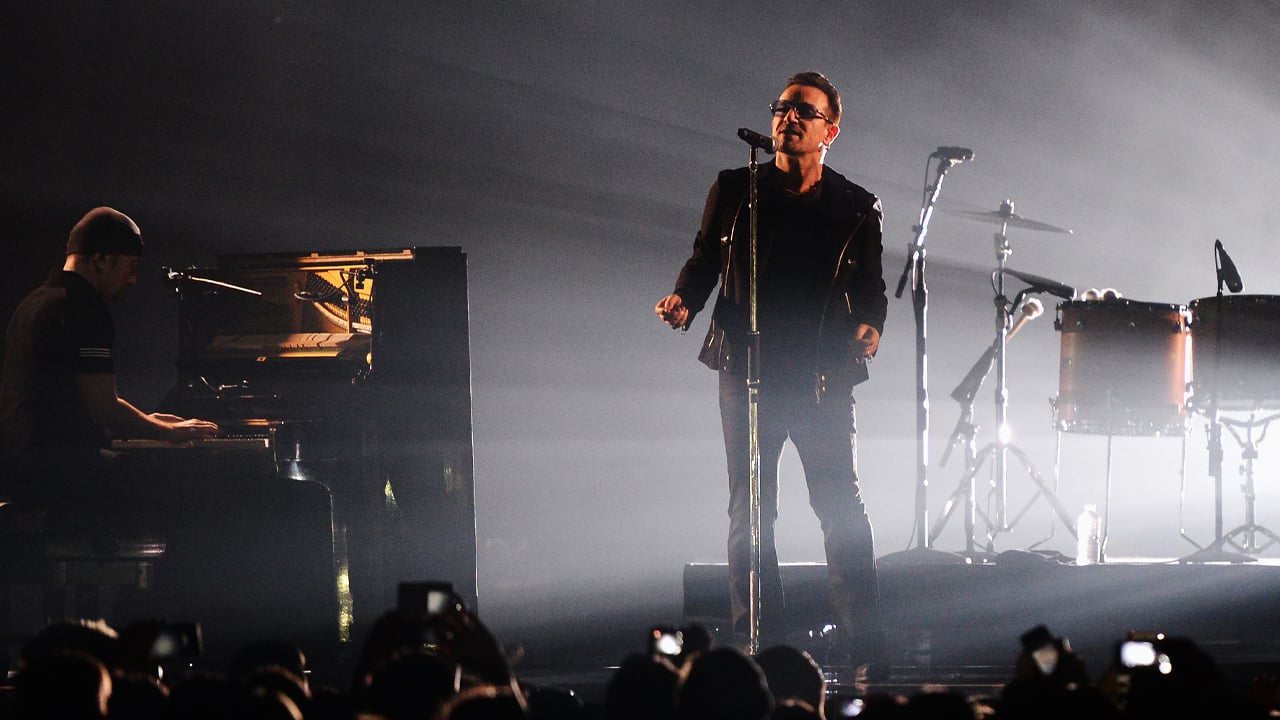 Over eight years on from the contentious giveaway of their 13th album, Songs Of Innocence, U2 frontman Bono has again apologised for the “overreach” involved in the process. The apology officially arrives in Bono’s forthcoming biography, Surrender: 40 Songs, One Story, though an excerpt has been shared by The Guardian.

In September 2014, U2 took the unusual step of releasing their newest album for free by automatically uploading it to every iTunes user’s account. Rather than receiving widespread praise, the practice was roundly criticised by music-lovers the world over, with Bono later admitting the band “might have gotten carried away with ourselves” when they gave away 500 million copies of the record.

In the new excerpt of his upcoming book, Bono recalls the event, explaining how he had to convince Apple CEO Tim Cook to take the risk, who specifically questioned whether the record would be provided to all iTunes users or simply U2 fans. “You might call it vaunting ambition. Or vaulting,” Bono admitted. “Critics might accuse me of overreach. It is.”

“But what was the worst that could happen? It would be like junk mail. Wouldn’t it? Like taking our bottle of milk and leaving it on the doorstep of every house in the neighbourhood. “Not. Quite. True.

“On 9 September 2014, we didn’t just put our bottle of milk at the door but in every fridge in every house in town,” he continued. “In some cases we poured it on to the good people’s cornflakes. And some people like to pour their own milk. And others are lactose intolerant.”

Ultimately, the excerpt sees Bono taking “full responsibility” for the stunt, absolving his bandmates, manager Guy Oseary, and Apple’s Tim Cook and Eddy Cue of any fault. “I’d thought if we could just put our music within reach of people, they might choose to reach out toward it,” he continued. “Not quite.

“As one social media wisecracker put it, ‘Woke up this morning to find Bono in my kitchen, drinking my coffee, wearing my dressing gown, reading my paper.’ Or, less kind, ‘The free U2 album is overpriced.’ Mea culpa.”

Netflix Are Producing A Scripted Series About U2

Bono Admits ‘Embarrassment’ Over His Own Singing Voice

‘Super Eagle’ Shows Where Home Is For IGWE AKA