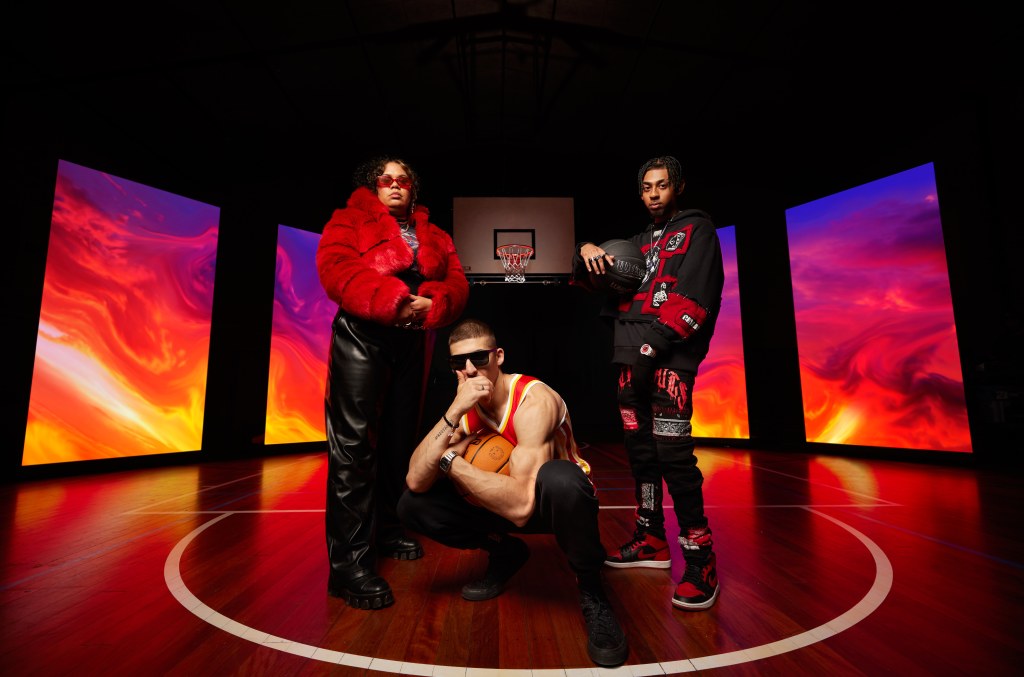 Three rising rappers from the land Down Under are getting their shot at NBA 2K23.

ARIA Award-nominated hip-hop artist Chillinit, teen vocalist Sahxl, and Barkaa, a Malyangapa, Barkindji woman from western New South Wales, have contributed fresh tracks which will be ingested into the game.

The three artists were challenged to incorporate sound effects from the court into their creations — the bounce of the ball, shoe squeaks, the stomping of fans’ feet.

With points on the board, in the form of “Big Swish” (Chillinit), “The One” (Sahxl) and “Ball ‘on Em” (Barkaa), the music makers are living a hoop dream.

“I have always been a huge fan of the NBA and the video game, as a kid I would play for hours, then fast forward years later to see my own billboard within the game while I play with my own little brothers is surreal,” comments Chillinit (real name Blake Turnell), whose Family Ties (via 420 Family/Virgin Music Australia) was nominated at the 2022 ARIA Awards in the best hip-hop/rap release category.

“It’s been such an honor to work with the team at 2K and to be a part of a game that I genuinely love and grew up playing. I can’t thank the team enough and can’t wait to welcome you all to the 2K with
‘Big Swish’”.

According to reps, it’s the first time NBA 2K has engaged with artists who’ve specifically written tracks and utilized sounds from the basketball court.

The original songs enjoy a lift away from the virtual court with music videos, which feature in a new hip-hop-meets-ball “cultural” forum, Court in Session.

Helming the clips is Gabriel Gasparinatos, the music video and commercial director who has cut ads and campaigns for Adidas, Beats by Dre, Spotify and Google.

The Court in Session campaign was powered by BRING Universal Music for Brands for 2K23, developed by Visual Concepts and published by 2K Sports.