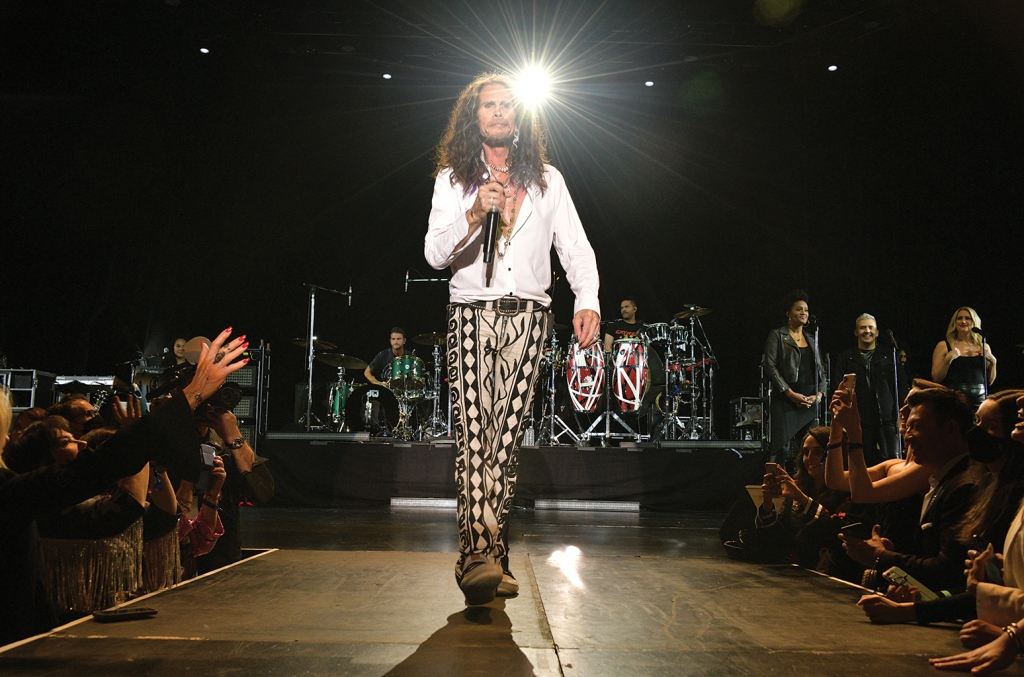 “Unfortunately tomorrow’s show, Monday December 5th, in Las Vegas has to be cancelled,” read a Twitter statement from the band. “Steven Tyler said, ‘On the advice of my doctor, I’m taking more time to rest… There is nowhere we’d rather be than on stage surrounded by the greatest fans in the world. We sincerely apologize.”

At press time, the band had not shared any additional information on what is ailing the 74-year-old singer. This is the second show Aerosmith has cancelled this week due to Tyler’s sickness. On Friday they wrote, “it is with great disappointment that we are forced to cancel tonight’s show in Las Vegas due to Steven feeling unwell and unable to perform.”

At the time, they anticipated being back on stage tonight. The band said that tickets purchased through Ticketmaster for the show will be automatically refunded; all other refunds will be available at point of purchase. The band’s current Deuces run is slated to wind up later this week with shows on Thursday (Dec. 8) and Sunday (Dec. 11) and at press time those shows at Dolby Live at Park MGM were still on their schedule.

Earlier this summer, Aerosmith cancelled some shows to allow Tyler to voluntarily enter a treatment program after the singer who has struggled with addiction issues in the past said he relapsed after using pain meds following foot surgery.

Read the band’s statement below.