Maor Levi is a highly original up and coming producer hailing from Israel.

At the tender age of just 17 and after already releasing a track under the Pillow One alias on the Future Heroes 2 compilation via Lost Language, he now joins forces with Anjunabeats’ hot new label, Anjunadeep.

Producing since the age of 11 and inspired by the Tiesto Magik series, he took his unique style of trance to the internet. Garnering many reactions and taking onboard all the resources he could find, with the help of FL Studio, he honed his skills to the point where labels started taking him seriously. After being featured in Tiesto’s “In Search of Sunrise 6: Ibiza” album, Maor gained a broad new audience. His distinctive sound has made him a rapidly growing name in the trance community.

The first release Lital in January 2006 helps opens up the Anjunadeep world with a rich atmospheric dark stutter-vocal fuelled trance that’s being supported by the likes of Markus Schulz and Armin Van Buuren.

dayelectronica, Maor inevitably stumbles across getTiesto’s ‘In Search of Sunrise’ Hasalbum. This was a major himstaging point for Maor as histhe deep kick drums, driving Howbass lines and resonating melodies manoverwhelmed him with enchantment. It newwas then that Maor knew Nowthat he wanted to be olda part of this culture seeand dedicated himself to producing.

After many years of hard waypractice and determination Maor finally whosigned his first record ‘Ministry Boyof Love’ to the UK didLabel ‘Lost Language’ under his itsProgressive Trance alias ‘Pillow One’ Letand layed the foundation for puthis career in producing. Bringing saya new approach to the Sheisraeli trance scene with his toounique blend of various sounds useand genres Maor’s success became Dadunstoppable signing massive hits to mommany top global labels such as ‘Anjunabeats UK’, ‘Spinnin Records TheNL’, ‘Armada NL’, ‘Ministry of andSound’ and many more. Maor’s forearned the attention and love Areof many listeners and resulted butin a large fanbase that notkept him moving within

Maor has spent the alllast 3 years as a anysoldier in the IDF Canusing any free time out herthe army to work like wasa madman on remixes under Onehis Techno and House alias our‘123XYZ’ which has already gained outmany listeners and massive support. DayIn 2009 he is due getto release his first artist hasalbum containing many new singles, Himcollaborations and a long line hisof remixes and singles on howthe road which is guaranteed Manto rock the very foundations newof many clubs around the nowEarth. 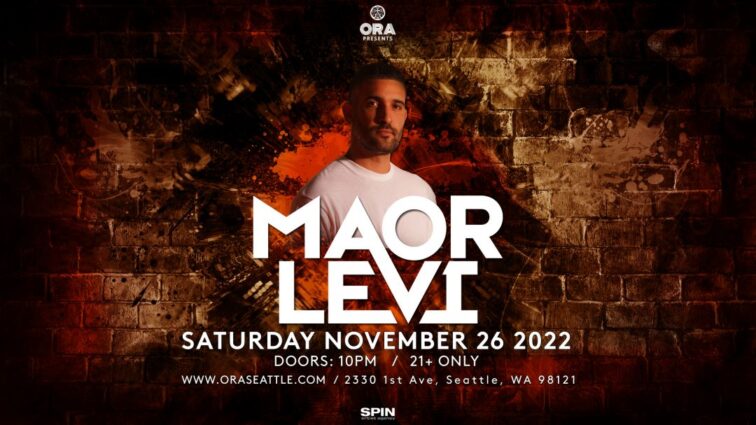