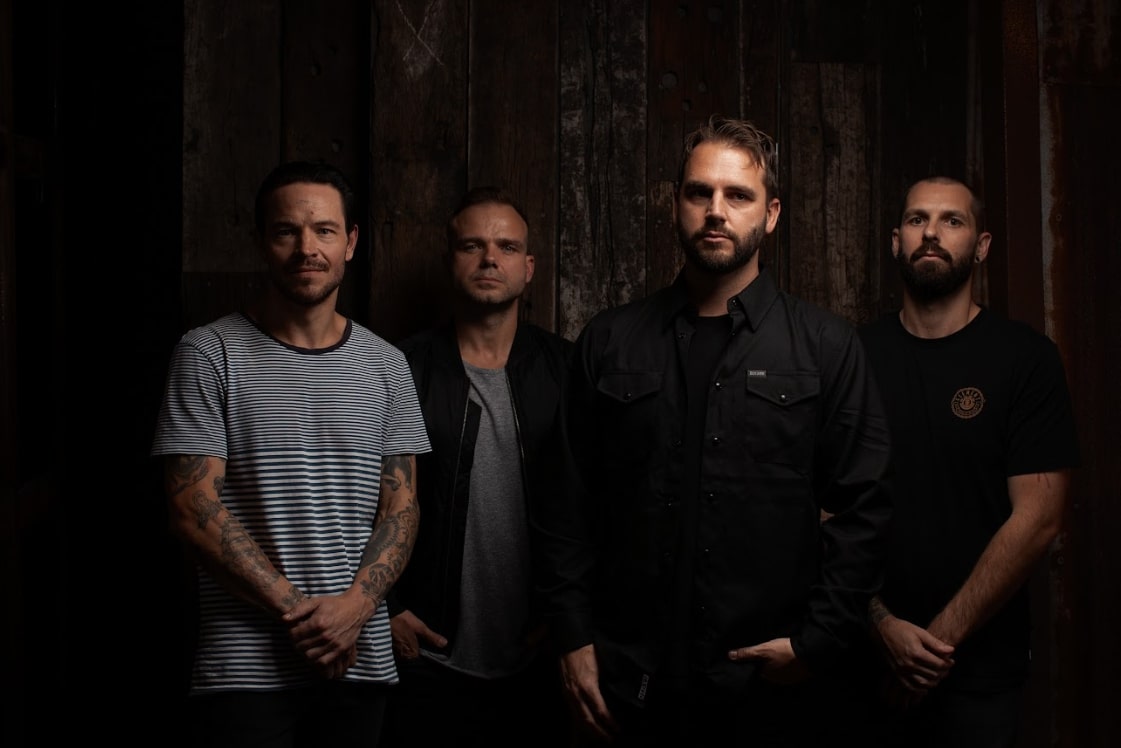 For the uninitiated, if you go back approximately 20 years, the name Sunk Loto was the biggest deal in Aussie nu-metal (possibly vying with Superheist). After the extremely well-received releases of their debut EP in 1999 and an album a year or so later, 2003 seemed to change everything. They threw off the shackles of the ‘nu-metal’ label and sound to create Between Birth And Death, a blistering modern (for the time) metal album that has become an all-time classic, a moment in time for the ages.

Unfortunately, by 2007, the usual issues that afflict bands (internal conflicts, record label and business issues etc.) had reared their ugly heads, and the band disbanded that year. Many in the Aussie heavy music scene rejoiced in 2022 when they announced a big run of comeback shows across the nation, and in late November, it’s Melbourne’s turn.

Of course, the band and their bookers have come up with a fabulous support card for this tour, and on the dot of 8:00pm, Melbourne upstarts The Last Martyr take the stage, injecting a little funk and pop into their metalcore sound in their opening number. They instantly grab the attention of the crowd, especially through the strong frontperson skills and powerful voice of singer Monica Strut and the band’s entertaining, semi-choreographed stage moves. Strut’s manipulation of her vocals, transitioning from semi-rapped to ear-bleeding screams to sweet melodic cleans on a dime, are dead on point, and the instrumentalists lock in tight as a clenched fist behind her. Things get a touch heavier as their set progresses (they even throw in an unexpected, and unexpectedly heavy, version of Bomfunk MC’s Freestyler), and tonight, The Last Martyr start warming things very nicely indeed on this cool late-spring Melbourne evening.

Brisbane’s Osaka Punch haven’t been down our way for a while (no doubt the pandemic had a lot to do with that), and it’s fantastic to have them back. This band inject an even greater funk factor into their sound, and this pervades their entire set and everything they do. It also helps increase the fun factor, and when this is combined with the band members’ happy, smiling stage personas and willingness to regale us with their engaging stage antics, it becomes a riotously entertaining set. Particularly when they also pull out the surprise covers (or at least snippets thereof), Salt-N-Pepa’s Push It and RATM’s Bulls On Parade.

Of course, all the smiles and antics in the world are worthless if the band lacks the songwriting and instrumental chops to back it all up, and these boys absolutely do. They can seriously play and write a good funky rock tune, and in a way, the juxtaposition of uproarious fun and superb musicianship makes for the most captivating of presentations.

The welcome that the Sunk Loto boys receive from Melbourne fans who have waited a decade and a half for this is beyond hero-level. It is god-tier, and for the next 60 minutes, the band slam out lashings of tracks from all three of their major releases to unwaveringly powerful reactions from the packed-out crowd. It’s like 15 years of build-up has been released in a tsunami-like catharsis. In other ways, it’s like they never went away. The band have lost nothing of their technical prowess to advancing years, and frontman Jason Brown’s voice only seems to have benefited from the break. His clean vocals are melodic, authoritative and mesmerizingly on-pitch, and his screams ear-bleeding and still full of angst and vein-popping passion.

After 60 minutes of power, passion and precision, the band leaves the stage, only to return a few moments later after strong and united calls for an encore from a happy but not quite yet completely satiated crowd. They smash out two of their earlier tracks, Porcelain Buddha and the song that introduced the band to the world, Vinegar Stroke, before leaving the stage for good and leaving the crowd ecstatic and fully satisfied. What a celebration. Whether or not this comeback extends beyond this tour remains to be seen, but if not, at least we have this moment in time to savour forever. A moment that, for a long time, we weren’t sure we would get to experience ever again.