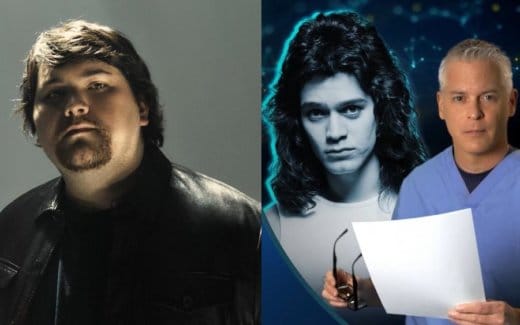 In 2020, the rock and metal world was devastated to learn that instrument-defining guitarist Eddie Van Halen had died at 65 years old. Now, TV network Reelz has decided to feature Eddie as the subject of their latest episode of Autopsy: The Last Hours of… series, which focuses on the final moments of a celebrity’s life. Well, Eddie’s son Wolfgang ain’t happy about the episode, and has come out hard against the show on his Twitter.

According to Reelz, the Autopsy series is a…

“ documentary series, which purports to “reveal the truth behind the controversial deaths of global icons and people whose untimely deaths were surrounded by scandal and intense media attention.”

The Van Halen episode purports to look at Eddie’s life, with a focus on whether or not his cancer could’ve been identified earlier.

“Eddie died at the age of 65 from cancer but if caught early Eddie’s disease had reasonable survival rates so what exactly happened? Now renowned forensic pathologist Dr. Michael Hunter will analyze every detail of his life in order to piece together what else may have been going on in his body, ultimately leading to his untimely death.”

In response to a Blabbermouth piece about the episode of the show, Wolfgang tweeted the following:

“Fuck @ReelzChannel, fuck everyone that works on this show, and fuck you if you watch it. Fucking disgusting trying to glamorize someone’s death from cancer. Pathetic and heartless.”

Whether or not Wolf’s response will have any effect on the show remains to be seen.

Wolfgang has been vocal in the past about what he considers slights against his father’s memory in the media, most notably in relation to the Grammys, where Wolfgang was asked to perform his father’s famous song “Eruption” but declined. He later blasted the show for only featuring his dad for 15 seconds in the middle of their ‘In Memoriam’ reel.

Fuck @ReelzChannel, fuck everyone that works on this show, and fuck you if you watch it. Fucking disgusting trying to glamorize someone’s death from cancer. Pathetic and heartless. https://t.co/84BE5rx81C

The post Wolfgang Van Halen on Reelz’s Eddie Van Halen ‘Autopsy’ Episode: “F*** Everyone That Works on This Show, and F*** You If You Watch It” appeared first on MetalSucks.