Not gonna lie, Bandcamp Friday kinda sorta snuck up on me this time, gears are turning when it comes to IRL stuff is the excuse I’ll use this time though. Still, I managed to come up with a plan for what I was gonna scoop – and then in true BC Friday tradition for me, ended up with an almost different set of things. This time might be the most varied yet, so let’s get into it. 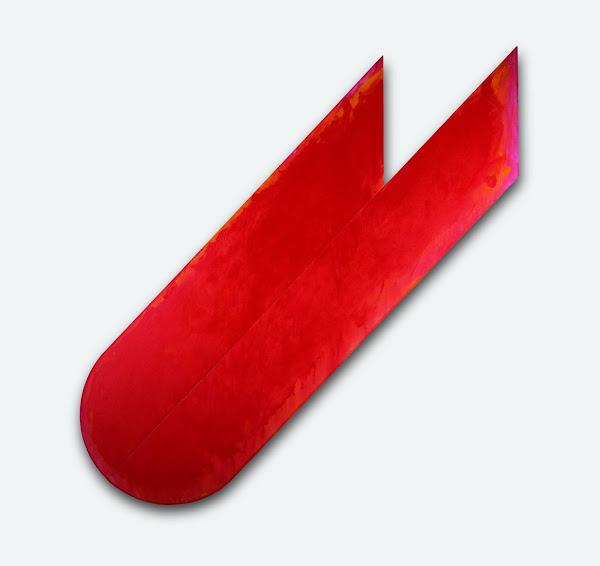 Swayzak leading the charge, not all of their releases are available on their BC, and some of them have different covers for some reason too, but that’s not why I was there. Tale as old as time for me, I’d scooped some compilations and noticed Swayzak appearing more and more on them so decided to check them out based on that – and as I so often do in cases like that, I go back and check out their debuts. Their appearances I had heard on the compilations was from their later poppier days and by contrast their first album is back-to-back slightly minimal techy deep house stuff.

There was a time not too long ago where I was really looking for more Deep House stuff for my collection, it’s a genre I’ve found I can be quite picky with – Snowboarding In Argentina would have been perfect around that time as Swayzak’s work on here is supremely up my alley. Speedboat opens with waves of synth that are directly evocative of Omni Trio’s Sanctuary – and from there it’s off to the races as more and more layers get added, and it’s not long before you find yourself in a toe-tapping groove. The tracks on Snowboarding are really long as a rule, with the shortest one clocking in a 7:30 – which is both a blessing and a curse, sometimes you get super into the flow and it doesn’t feel that long but other times I get 3/4 mins in and am reaching for the skip. Still, I’ve actually listened to this album quite a bit as it makes for good ’round-the-house music for working, and after spending a lot of time with it I’m more than happy to have it added in my collection. It’s also another one of those releases that makes a slight hypocrite of me, for all my banging on about how much I don’t care for minimal I sure seem to end up talking about tracks that fall under that label a lot!

snowboarding in argentina (remastered) by swayzak

HEALTH next – I was also feeling like something along the lines of DEATH MAGIC so their follow up was a natural choice. It’s not as out and out brutal as DEATH MAGIC I don’t think, but that’s not really a criticism – though I was surprised by the acoustic and delicate DECIMATION as the outro track I think it works really well – the almost lo-fi trip hop twins really well with Jake Duzsik’s vocals. On VOL. 4 HEALTH’s twinning of Noise rock and Electronic continues – with STRANGE DAYS coming out with those electro-house style handclaps giving way to the machine-gun thumping at around 40 seconds in. I need to spend a bit more time with it to nail down my favourite tracks (Apart from FEEL NOTHING, which I’ve already posted!), but I am excited to see HEALTH continue with this type of sound, this time erring on a more Industrial side, it’s pretty unique and I think they do it really well.

It’s a little bleaker than DEATH MAGIC too, both sonically and lyrically, often to great juxtaposition: title track SLAVES OF FEAR building up to a thundering 4/4 backed with lines like “Slaves of fear / ’til we’re dead in the ground”. Tracks like GOD BOTHERER may summarise the album better, but I can’t stop repeating STRANGE DAYS at the minute.

And finally, to do a complete 180 in terms of sound – more from Hiroshi Yoshimura. One of the re-issues from Light In The Attic, one of the labels putting a ton of work in to make vintage Japanese releases way more accessible. If you are into Ambient at all I can’t recommend Yoshimura’s work enough, and if you’ve never really given the genre much attention his works are a solid introduction.

1982’s Music For Nine Post Cards is a great entry point for both – a compact and cosy package that in true ambient fashion is at home in the background or actively being listened to. Yoshimura’s work here is much more melodic than a lot of Ambient out there – far from the sparse Piano flourishes of Brian Eno’s Ambient 1 or even the roomy aquatic ambience of his alter 1986 album Soundscape 1: Surround.

And part of that is because none of these tracks are especially long, these aren’t hour long soundscapes or anything, the longest tracks top out at around 6 minutes, practically bite-size in the Ambient world. This length makes the tracks really accessible but also means that they don’t wear out their welcome, if you’re listening to this album front-to-back, the individual pieces slide into one another almost effortlessly. Blink may be my favourite example of this, as it could very easily be a short ambient interlude on an electronic album – but the main melody is taken and played around with over the 4-ish minutes in all kinds of ways, my favourite is the little delay that gets introduced at the very end which is just a masterful touch. The end result doesn’t really sound like your typical ‘Ambient’ archetype, sounding more like those little jam sessions Röyksopp used to put out from time to time, and for that I love it.

So wraps up this edition of my Bandcamp Friday scoops – this month’s potentially the most varied so far. Like I mentioned at the top, things are starting to move again so expect perhaps slightly longer gaps between posts from now on, I managed to buy myself some time with some scheduled posts but they’re all up by now. On the plus side too we are down to ~1000 posts left to publish from the archives as well so I’m pretty proud of that. I’ll try swing back in a couple days with more for you, but until then: Stay safe and enjoy the music.
-CVF[#item_full_content]