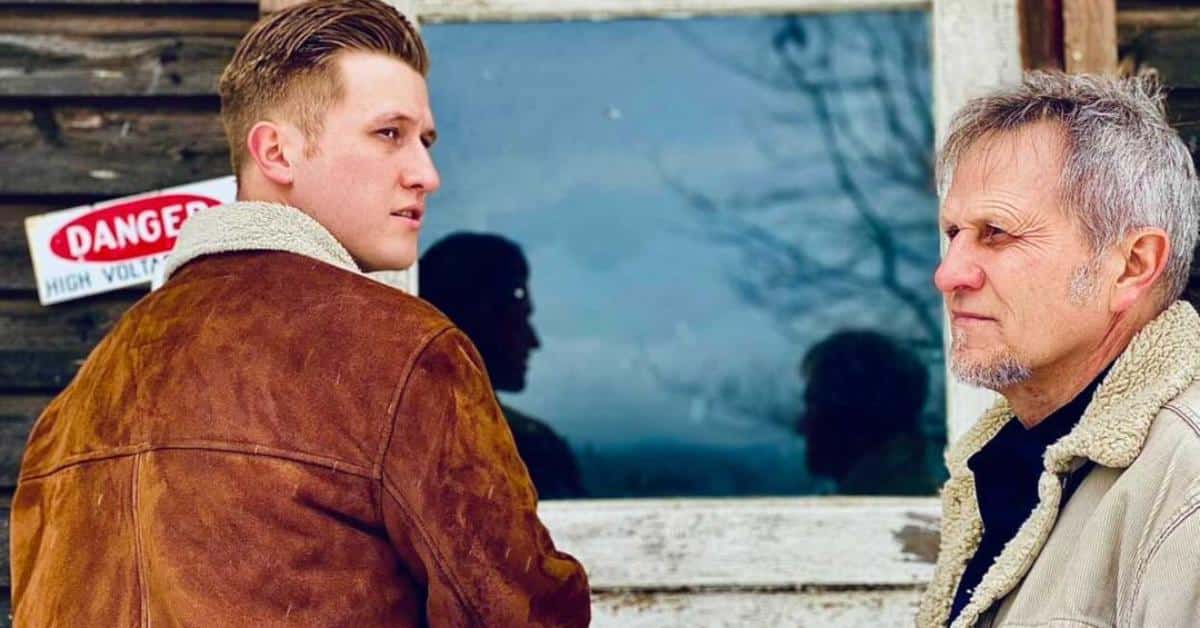 Son of John put out their latest single “Put Your Hands Up” right on time for wedding season! We had a chance to connect with them to talk about the new song.

Their music video for the track was released June 24, 2022, and you can stream the track everywhere!

The father-son duo had decided to join forces officially in 2017, Javan tells us. “When he [Javan] was really young I used to bring him on stage and play fiddle,” Johnny P added. Music has always been part of their lives. Johnny has been playing since his late 20’s, Javan has been playing the violin since he was little and Johnny’s wife is a music teacher. What a way to get into the music world!

With “Put Your Hands Up” Javan took over lead vocals, which is the first for Son of John. “’Put Your Hands Up’ was one that I found myself wanting to sing when we were just playing it live. We had to change the key of it so it can fit my voice a little bit better but I really loved the vibe of the song and thought, ‘why don’t I sing this one?’ and I kind of made it my own,” Javan discusses. We can expect to hear Javan to do more lead in their upcoming debut album, which is set to release in late 2022/early 2023.

RELATED: Listen to “Put Your Hands Up” by Son of John …

“When you hear ‘Put Your Hands Up’ usually people think a cops and robbers song but that’s not what the song is about at all. It’s about ‘put your hands up because you’re getting married. But it also has the connotation of ‘I’m in love, I’m caught.’ That was kind of when I [Johnny] wrote it like ‘oh, man, I guess that’s it. I put my hands up.’ The line in the chorus is ‘when love catches you, there’s no getting away,” they both explained.

Watch The Music Video For “Put Your Hands Up”

The visual for “Put Your Hands Up” became more of a community music video as the places they filmed at and their friends were extremely supportive. The music video was filmed in Midway, 90 minutes south of Kelowna. The Ford F250 that’s found in the video is actually their own and the Sunbird was borrowed to them by Javan’s friend. Talk about community!

Their listeners are taking in their music with great acceptance. They have a fan base in BC but as they don’t fit the mould of what country music is, they don’t get much radio time. They want their listeners to hear their music because they’re proud of what they have created and it’s authentic to them. “I hope they appreciate us as song writers, like our songs, feel the honesty in our songs and our music and hear the integrity,” says Johnny.

Their next big show is in a few days at Osoyoos Music in the Park. So, if you’re in the British Columbia region, be sure to check them out and dance along to all their tunes. They’re also putting a plan together to tour for their debut album.

Don’t forget to check out Son of John on all social media platforms to stay connected and you can listen to their music on all streaming platforms.

Stream “Put Your Hands Up” By Son of John

The post We’ve Got The Latest With Father-Son Duo Son of John appeared first on Front Porch Music.

THEM DAMN KINGS Release Video For “The Pill”

Russ Disagrees Artists Can Be Blackballed: ‘Fans Will Listen Or They...

THEM DAMN KINGS Release Video For “The Pill”

Russ Disagrees Artists Can Be Blackballed: ‘Fans Will Listen Or They......

Creating Sober Spaces at Music Events Is the Aim of a New Initiative ......