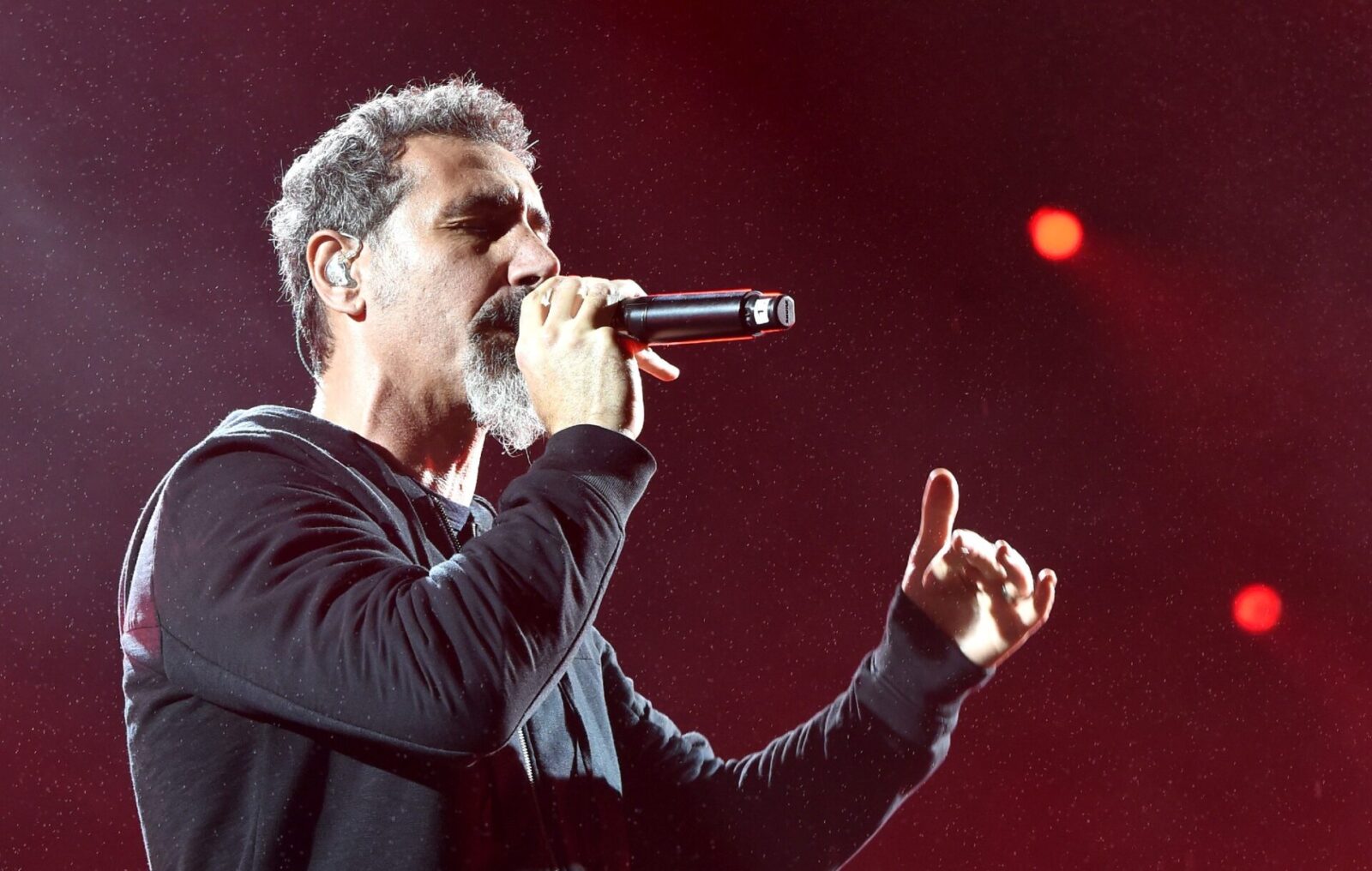 System Of A Down vocalist Serj Tankian and drummer John Dolmayan have joined covers band Médium for a performance of SOAD’s 2002 single ‘Aerials’ – watch footage below.

READ MORE: Serj Tankian: “I think the whole world felt some relief that Trump was gone”

Tankian and Dolmayan were reportedly in Mexico to celebrate the latter’s 50th birthday with their families, and Médium were booked to play the party.

In the fan-shot footage Dolmayan can be seen behind the drum kit for the ‘Toxicity’ track but is soon joined by Tankian after a little encouragement from his wife.

Following the performance the band reportedly took to social media and said (via Remezcla): “One day they tell you that you’re going to play at a dinner for System Of A Down, and the next you’re playing alongside them. Without a doubt, one of our best experiences.”

Earlier this month Dolmayan spoke about his frustration at the lack of new music from System Of A Down.

“We still have something to give to the world. And when you put something out that actually makes an impact, you’re, like, ‘Why aren’t we doing this all the time?’ And then I go down the rabbit hole of frustration and anger.”

“We have this gift that came from God or wherever, and we’re squandering it. It’s an insult to everybody else that tries to make it in whatever endeavour they’re trying to make,” he added.

John Dolmayan of System Of A Down. CREDIT: Daniel Knighton/Getty Images

Over the past few years Tankian has been vocally critical of Donald Trump’s presidency, saying he’s “never seen a president suck so much” while Dolmayan called him “the greatest friend to minorities”.

Speaking to NME about these differing political views, Tankian explained: “A good band always has a lot of dynamics. The political differences became pronounced between John [Dolmayan] and I in the last year through Trump’s re-election campaign, but it’s a new phenomenon. John’s my brother-in-law, as well as my band mate. Find someone who doesn’t have a brother-in-law with a differing political view, and I’ll find you an interesting family.

“Some of the bands that create the most elastic, interesting music are ones that have very interesting dynamics between band members. I wouldn’t change that. It’s better than four people making what I call “corporate music” where they agree on everything and want to maximise their returns. That’s Pepsi. System of a Down has never been that. We’re fucking punk rock.”

System Of A Band last released an album in 2005 with ‘Hypnotize’, although 2020 saw the band come together to release two charity singles ‘Protect The Land’ and ‘Genocidal Humanoidz’.

“When we do things outside of ourselves, it’s easier than we ever thought to get together and do it. So we’ll see. Time will tell,” Tankian told NME about the possibility of further music before saying the hunger from fans for new songs was “a huge compliment”.

The post Watch System Of A Down members perform ‘Aerials’ with covers band appeared first on NME.

Jay Hardway on the Virtual Sessions presented by The DJ Sessions ......

Danny Darko on the Virtual Sessions presented by The DJ Sessions ......

Coke Beats on the Virtual Sessions presented by The DJ Sessions ......

Amir Sharara on the Virtual Sessions presented by The DJ Sessions ......

Shawn Mendes Hangs With the Weeknd in Miami During 24th ......

Alex Niggemann LIVE on the Virtual Sessions presented by The DJ ......

Kaspar Tasane LIVE on the Virtual Sessions presented by The DJ ......

Micke LIVE on the Virtual Sessions presented by The DJ Sessions