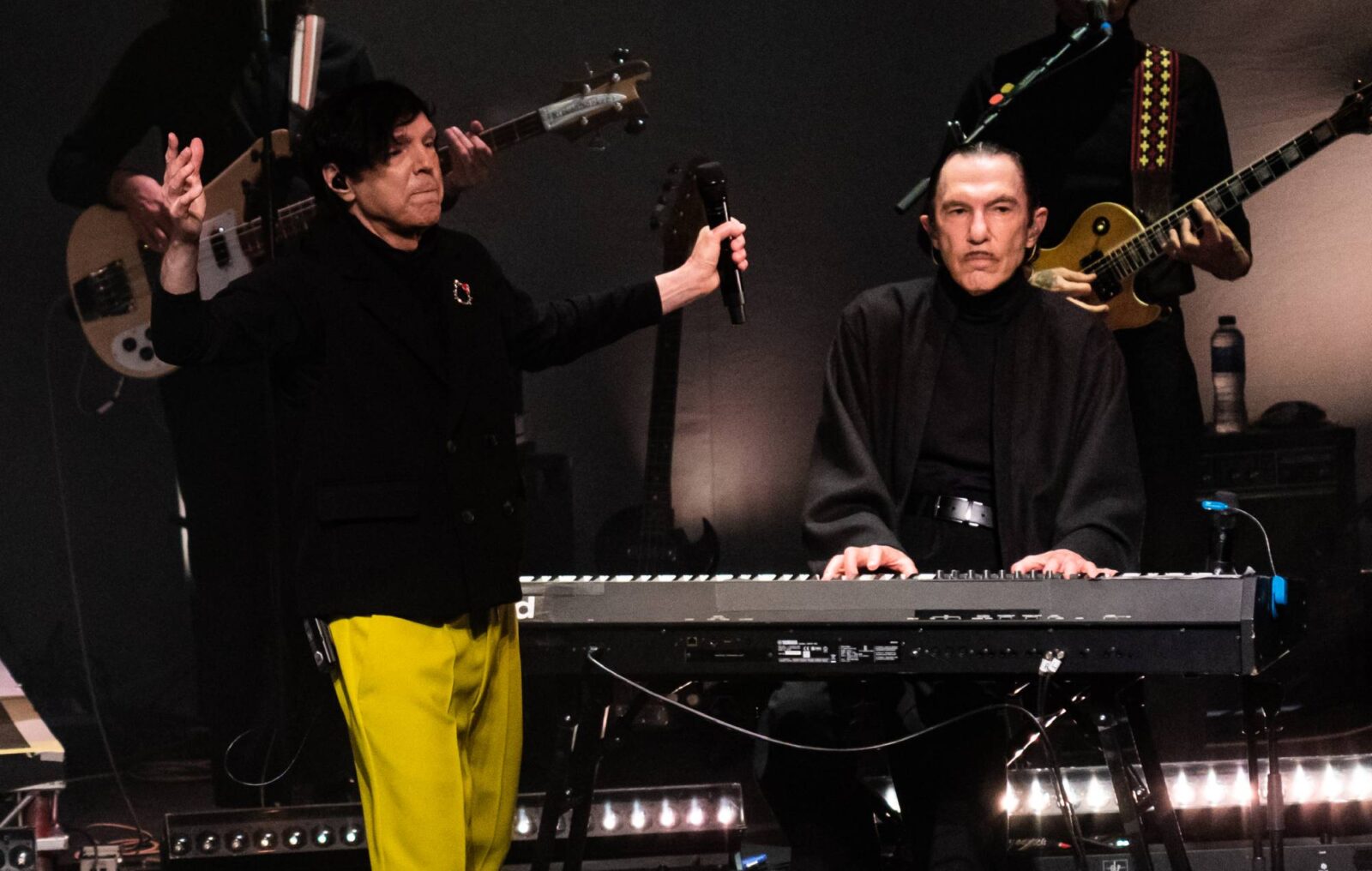 Sparks performed an impromptu rendition of ‘This Town Ain’t Big Enough For The Both Of Us’ at a public piano at Paris Gare du Nord yesterday (April 20) – you can watch a clip of the moment below.

The Mael brothers, who won Best Music Film at this year’s BandLab NME Awards for The Sparks Brothers, are currently on their rescheduled UK and European tour, which visited the UK and Ireland earlier this month.

READ MORE: Sparks and Edgar Wright’s The Sparks Brothers: “This is the totality of who we are”

The morning after their gig at Casino de Paris in the French capital on Tuesday (April 19), Sparks performed a short version of ‘This Town Ain’t Big Enough For The Both Of Us’ at a public piano situated on the platforms at Paris’ Gare du Nord station.

The duo are seen performing the song – with the help of one excitable fan who happens to be walking past – in a short clip that has since been shared on Sparks’ social media channels, which you can watch below.

Sparks’ European tour continues tonight (April 21) at the Paradiso in Amsterdam, the Netherlands.

Speaking in an interview last year, the Sparks brothers said that one of the reasons behind their longevity is their “shared vision” that pop music can “still be done in a fresh way”.

The post Watch Sparks play ‘This Town Ain’t Big Enough For The Both Of Us’ at Paris Gare du Nord appeared first on NME.