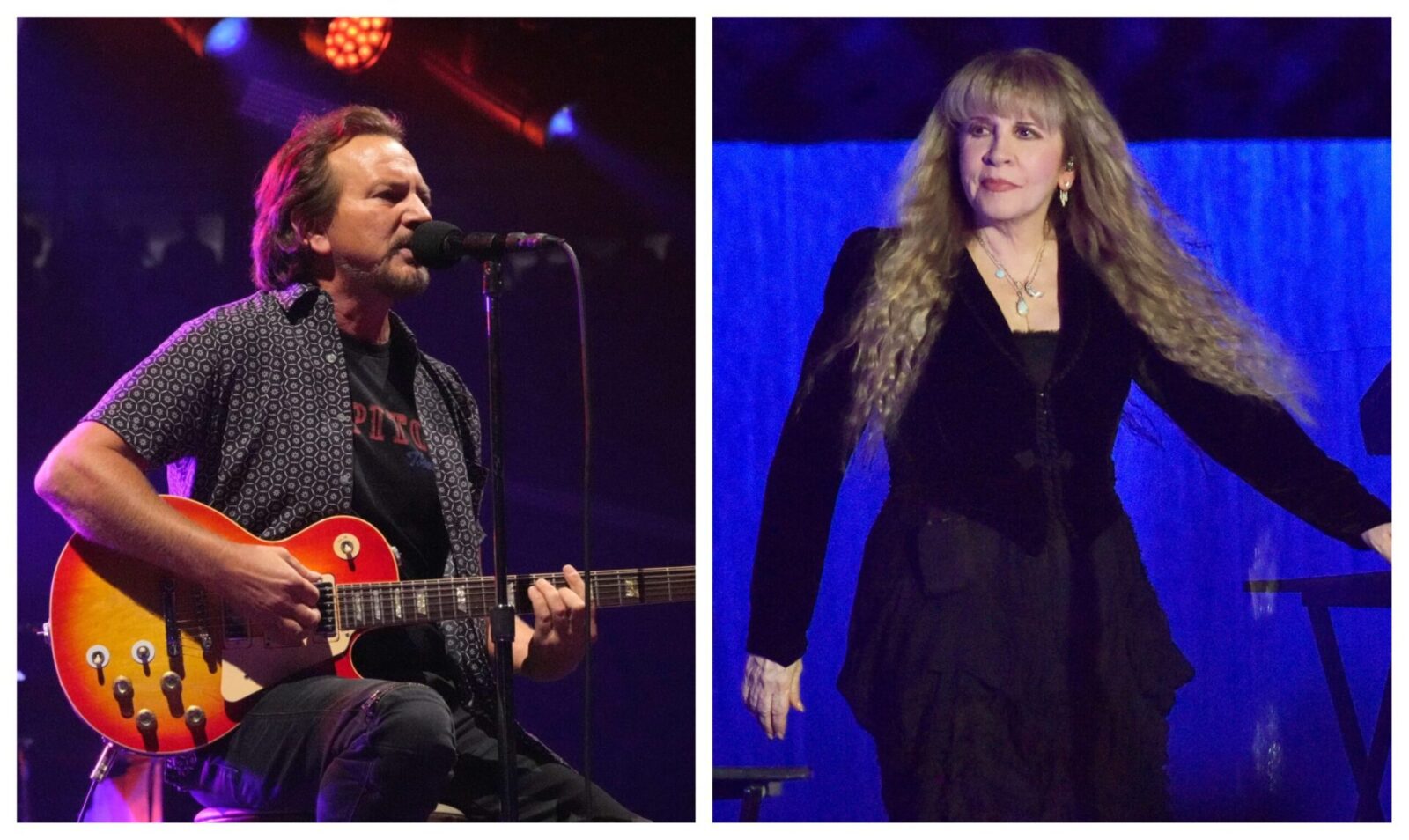 Since its 2016 inception, Eddie Vedder‘s Ohana Fest has seen a number of artists collaborate during each other’s sets. In the past, Vedder has appeared with Social Distortion, Glen Hansard, and Jack Johnson during their sets and has had Liz Phair, Johnny Marr, Yeah Yeah Yeahs, Brandi Carlile, and more join him during his (and Pearl Jam’s).

The latest edition is no different.

During Stevie Nicks’ headlining set on Friday night, Vedder traded vocals with the Fleetwood Mac singer on “Stop Draggin’ My Heart Around.”

This year, Nicks has performed at a number of festivals, including Bonnaroo and New Orleans Jazz Fest. She also is performing select headlining shows, including one at the Hollywood Bowl next week.

As for the rest of Ohana Fest, Vedder and the Earthlings, Jack White and Billy Strings are headlining on Saturday night. On Sunday, P!nk, who recently performed at the Taylor Hawkins tribute show, and St. Vincent have top billing.