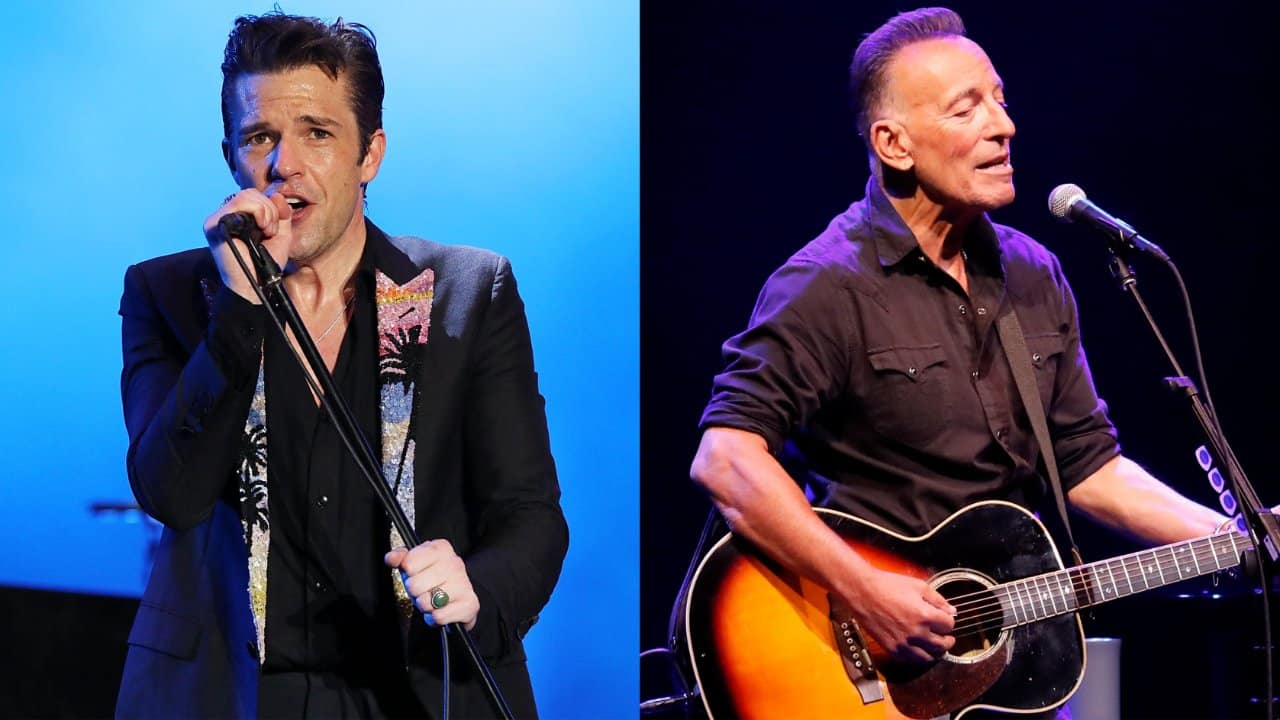 On Saturday night (1st October), The Killers brought out Bruce Springsteen during the encore of their concert at Madison Square Garden in New York City. The gig was part of the band’s ongoing Imploding the Mirage tour.

The Boss joined Brandon Flowers and co. for renditions of two Springsteen cuts – ‘Born to Run’ and ‘Badlands’ – plus ‘Dustland’, Springsteen and The Killers’ 2021 rework of the Day & Age cut ‘A Dustland Fairytale’. Watch those performances below.

The Killers and Bruce Springsteen Perform Together in New York

The Killers will tour Australia for the first time in four years in November and December, with arena shows in Brisbane, Perth, Melbourne and Sydney and A Day on the Green shows in Barossa Valley, Geelong and the Hunter Valley. It’ll be the band’s first tour of the country since the release of 2020’s Imploding the Mirage and last year’s Pressure Machine. Back in August, they released their first single for the year, ‘Boy’.

Springsteen, meanwhile, announced new album Only the Strong Survive last week. Set to arrive in November, the record is a collection of soul covers, and was previewed with Springsteen’s rendition of ‘Do I Love You (Indeed I Do)’ by Frank Wilson. Springsteen’s last album of original material was 2020’s Letter to You.

Amy Shark, Something For Kate To Support The Killers At Adelaide 500