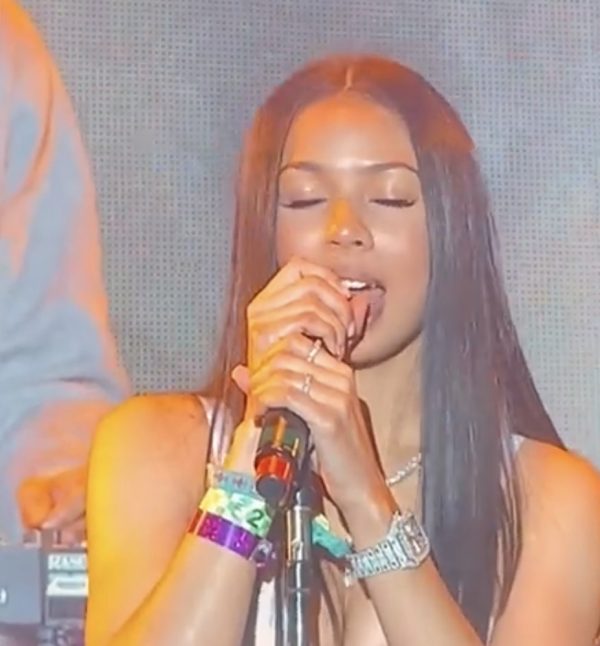 Performing live comes naturally to some Mariah’s, but clearly not all.

For, as at writing, rising star Mariah The Scientist has gone viral after delivering questionable vocals at the Day N Vegas festival in Sin City.

It’s not immediately clear if it was just a rough night, nerves, or inability, but shocked onlookers were stunned by what blared out of the speakers during her performance of ‘Beetlejuice’:

Twitter, naturally, did not hold back. Check out a flavor of the responses below…

And ain’t no way y’all really thought Mariah the scientist could actually sing sing I always thought her voice sounded a lil funny but it goes with her music so????

How ima be at my boo Mariah the scientist concert defending EVERY SINGLE NOTE pic.twitter.com/uJsA83jDFA

Starting to think Mariah The Scientist should just stop singing live, be a studio girl and post pretty pics bc the pen is tea. ?

Listening to music with your eyes will be the downfall for a lot of musicians. https://t.co/W1jQ7ByTCo

Mariah The Scientist and the song she’s singing is called Beetlejuice. Studio- 10/10 but this live performance is eating her up!

Still, when hitting a low like this, the only way is up.

Mariah is now tasked with proving the naysayers wrong. May the force be with it.

The post Twitter Reacts to Mariah The Scientist’s Vocals at Day N Vegas appeared first on ..::That Grape Juice.net::.. – Thirsty?.