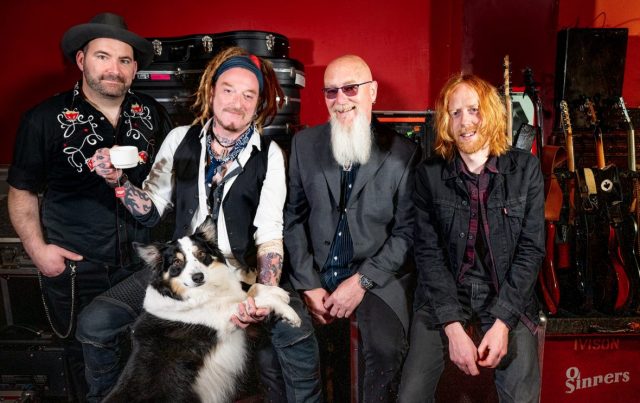 Ginger Wildheart & The Sinners have dropped a rollicking cover of The Georgia Satellites’ ‘Six Years Gone’, which appears on the band’s debut album, out on October 7th via Wicked Cool Records.

Of the cover, which was the first song he wanted to record when the band was in its early stages, Ginger says,

“I became a bit obsessed with the song while in LA for Lemmy’s funeral, and carried it around in my heart from then until we all congregated at the studio.”

Some good old rock ‘n’ roll with one of the best voices in the business, all backed by some smoking guitar and solid foot tapping drums. It’s feel-good music that is very much needed at the present time.

Check it out, here

Ginger Wildheart & The Sinners were formed in August 2019 when Ginger joined forces with Neil Ivison and Nick Lyndon from the band Stone Mountain Sinners. The lineup was completed with drummer Shane Dixon (Tri-City Fanfare) and as Ginger explains

“Me and The Sinners met for the very first time in the studio, in preparation for recording an album together. We figured out that if we can’t get along with each other then the music would be ultimately worthless. So we went to the pub and got drunk together. The next morning the music started flowing with ease. This is the sound of friendship.”