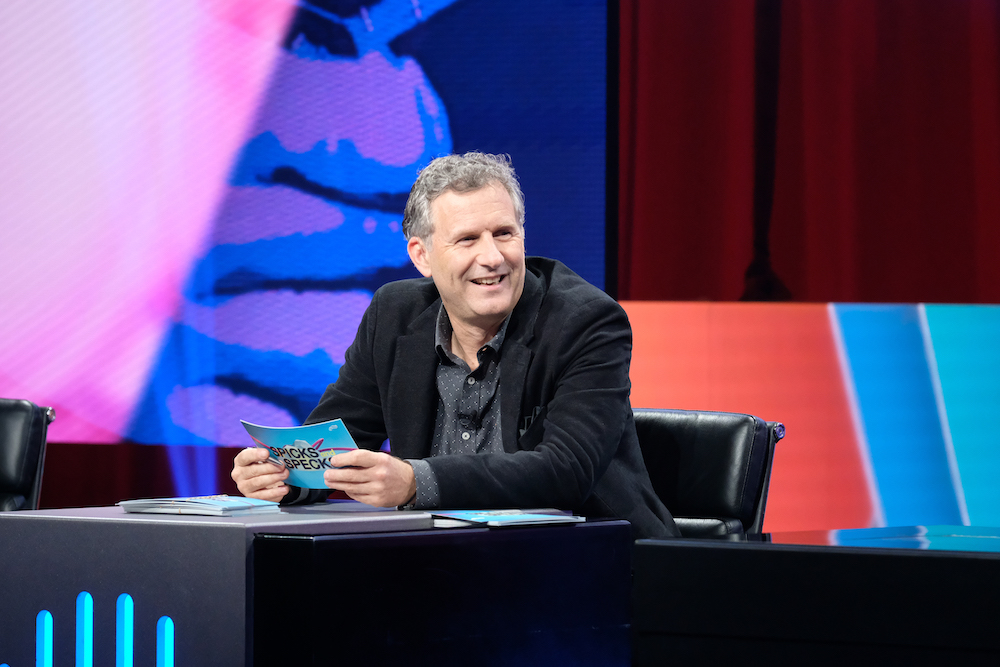 It’s been confirmed that the beloved Australian music trivia show Spicks & Specks will not return in 2023.

A correspondent from ABC spoke to the popular website TV Tonight, detailing that: “It will be back but we haven’t got broadcast date – it won’t be 2023.”

The ABC spokesperson gave no comments as to why the program is skipping a 2023 season, but TV Tonight has speculated that the show’s delayed start date is due to the popularity of its host Adam Hills, who also hosts the UK comedy show The Last Leg and “has sell-out stand-up shows” despite having none booked for 2023.

In an interview with The Music earlier this year, Hill spoke about the new seasons of Spicks & Specks, which returned in 2020, commenting on the staying power of the show.

“It means it keeps finding a new generation of fans,” Hills enthuses. “Even when my kids were little, they’d watch In The Night Garden, and then they’d ask if they could stay up to watch daddy on Spicks & Specks. It’s pretty hard to say ‘no’ to that.

“When we first started making Spicks & Specks, musicians got really nervous around the time of the game we called ‘Substitute’, where you have to sing words from a book, but to a well-known song. And the musicians used to hate it, because they were like, ‘Well, this isn’t my song. I feel awkward.’

“Whereas now, we’re getting people in their early 20s coming on, and they’re like, ‘Oh, I used to do this in my bedroom when I was seven, at parties. I know exactly how to play ‘Substitute’.”

This year’s new season was one that seemed bolstered with excitement. Hill attributes this feeling, in part, to the fact that himself, Myf Warhurst and Alan Brough were able to film in front of a live studio audience again; a luxury they didn’t have while making the show during lockdown.

Despite the new energy, the premiere for this year’s season got off to a rocky start, with the first episode airing in the early hours of the morning on the ABC, weeks before their intended August premiere.

The ABC confirmed the scheduling error after viewers drew attention to the mix-up via comments on TV Tonight.

“Some of these eps were aired a few weeks ago in the early hours of the morning. I happened to come across them on ABC ME or ABC Kids / TV Plus, I can’t remember which,” said reader Tendbarb. “They were from this season with Montaigne (wearing that outfit) and Steph (in that top). They also featured the mystery song clues, with a special guest from Masterchef (I think it was) in the Montaigne ep, plus a magician with a bird in a cage in another ep, dropping in to give some of them. A question also referenced 2022 and they featured a tweet from Ukraine. I can’t remember if I saw two or three eps, they weren’t for about 40 mins each and yeah, I enjoyed them.”

Hopefully, this won’t be the last we see of the Aussie favourite, and it will make its triumphant return in 2024.