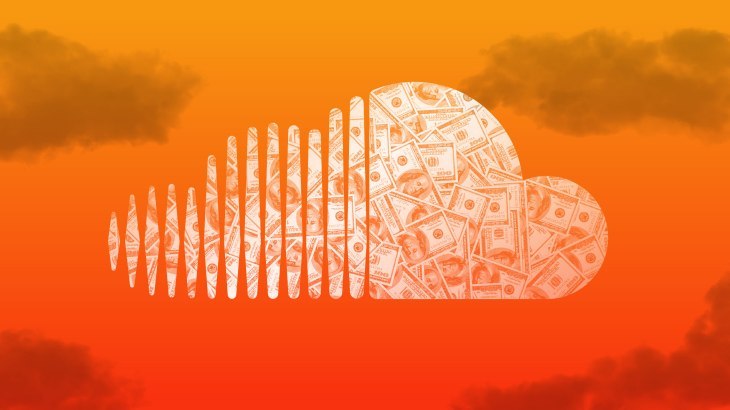 The streaming wars just got a whole lot more interesting! SoundCloud has officially introduced “fan-powered royalties,” after insider information that the German company was considering moving to a direct fan-to-artist payout system that would democratize its streaming space. It’s a potentially revolutionary move if it proves successful because it would move away from the current “pro-rata” model that pays out huge sums to record labels and commercial superstars like Drake, Taylor Swift, and BTS—even if you never listen to them.

The new pay-out model will revamp the way SoundCloud divvies out money to artists, allowing the smaller, lesser-known artists to collect royalties directly from their fans every time a user plays their music. Seems fair, right? It’s also more democratic for the average music listener because, under the new “fan-powered” model, your annual SoundCloud subscription fees go toward paying royalties to the actual artists you listen to (rather than being placed into one large pot that’s divided up to largely benefit famous artists at the top).

By ditching the out-of-date “pro-rata” model that Spotify and Apple Music use still, SoundCloud’s newly-launched “fan-powered” model is driven directly by an artist’s fan base. Under SoundCloud’s new model, even free-tier subscribers will have their advertisement-listening revenue distributed among their most-listened-to artists. This move, which is the first of its kind in the music streaming industry, makes a lot of sense considering how crypto-currency like NFTs are beginning to change the industry game recently.

SoundCloud’s new model not only falls more in line with the decentralized model of, say, Bitcoin, but it is expected to directly benefit independent artists. While Spotify currently boasts the highest payout rates for artists (which is still a measly $.003 – $.005 per stream), it caused artists to push mostly Spotify links in their fan communities. Even when you do the math, though, Spotify’s “high” payout model equates to one-third of a penny to one-half of a penny!

SoundCloud CEO Michael Weissman spoke about the platform’s decision to restructure its payment model in an official release:

“Many in the industry have wanted this for years. We are excited to be the ones to bring this to market to better support independent artists. SoundCloud is uniquely positioned to offer this transformative new model due to the powerful connection between artists and fans that takes place on our platform.” He continues, “The launch of fan-powered royalties represents a significant move in SoundCloud’s strategic direction to elevate, grow and create new opportunities directly with independent artists.”

SoundCloud has launched fan-powered royalties in the hope that this alternative to stream pooling will ‘”evel the playing field” between emerging and established artists.