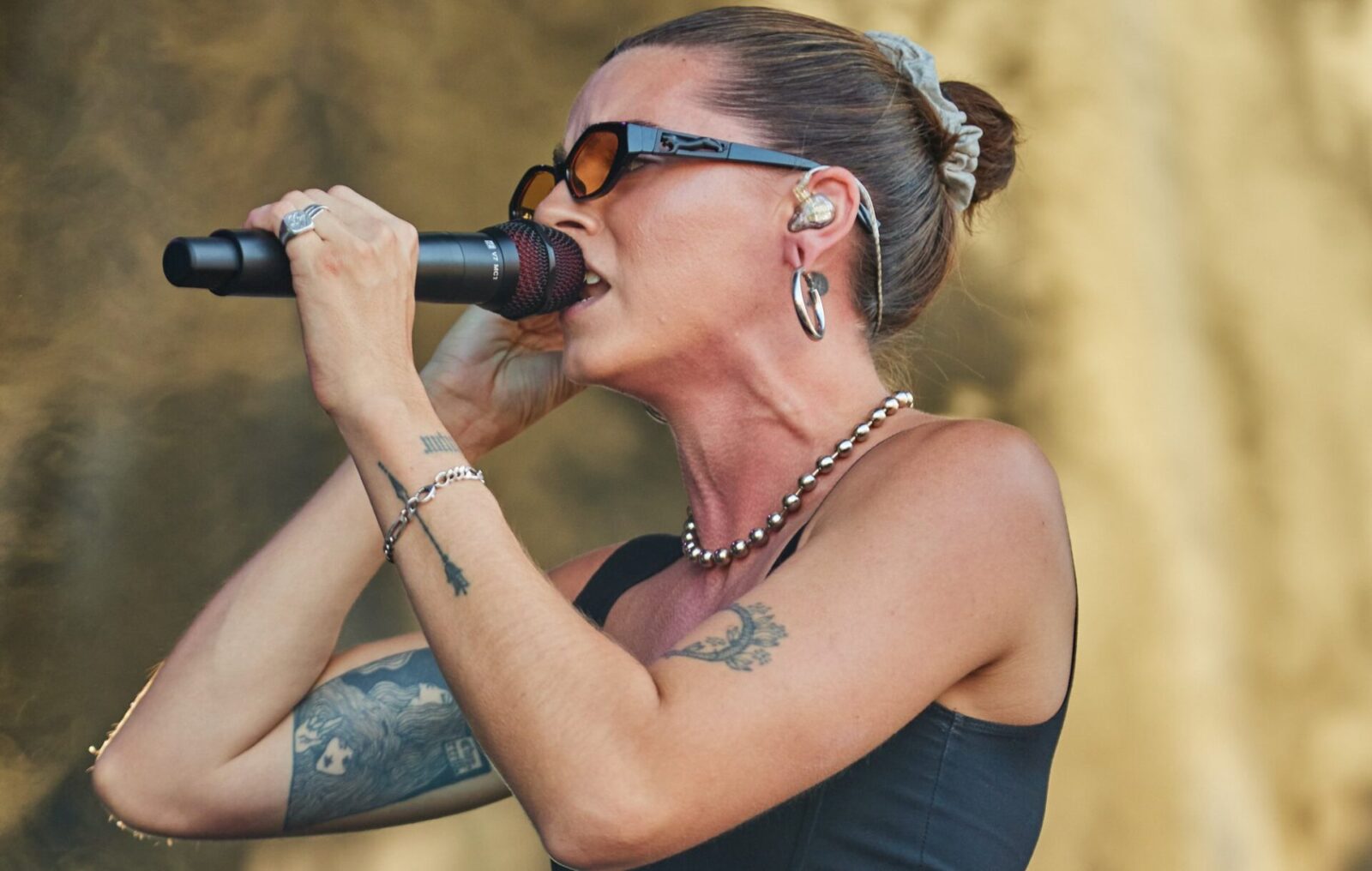 The two tracks have been accompanied by a six-and-a-half-minute short film, directed by Jax Anderson. Watch the video below.

READ MORE: PVRIS: “Sometimes you’ve got to have the courage to walk away” (nme.com)

The new tracks are the first songs to be released by the Lynn Gunn-led project on her new label, Hopeless Records.

Speaking about ‘ANYWHERE BUT HERE”, Gunn said: “At its core, “ANYWHERE BUT HERE” is about wanting to escape your surroundings. My whole life I’ve always found myself restless and eager to be somewhere else. I always imagine existing in different times and different places; everywhere and anywhere but where I am in the moment, even the good moments. I think a lot of us experience that to some degree, a longing to be somewhere or with someone you can’t necessarily identify.”

Meanwhile, she described ‘ANIMAL’ as “all about defiance, breaking free of control whether it’s from other people, or from ourselves.”

Gunna added: “It can even be looked at through a wider lens and interpreted as defiance towards ‘the man’, government, or the algorithms that run our lives, that ‘know us’. It’s about challenging the identity the outside world chooses to give you. It’s also a comment on fame and spectacle.”

“I feel like we as a society are quick to dehumanize each other and hold people in fixed forms denying one another the opportunities to grow and evolve.” she continued. “I think this holds true especially for those in any scale of a spotlight; artists, actors, influencers, models, athletes, politicians, etc… this can be true for personal relationships as well. We do each other a disservice by restricting one another to these metaphorical cages. ‘ANIMAL’ is about challenging that.”

It is expected that ‘ANYWHERE BUT HERE’ and ‘ANIMAL’ are both taken from PVRIS’ upcoming fourth album, which will be the follow-up to 2020’s ‘Use Me’. Speaking to Rock Sound, Gunn confirmed that the album is “definitely in the final stages”.

“I think there is some decorating to do right now,” she explained. “There’s some exploring of ideas and finding a couple more throughlines to connect it all and put the bow on it until it is done. The finish line is in sight, though. The visual, lyrical and production concepts are established and stated by these two songs, they really set the tone for the whole thing.”

PVRIS will be touring the UK and Europe early next year. The tour was originally scheduled for this spring but was postponed so that the band could focus on working on the new album.

You can buy your tickets here.