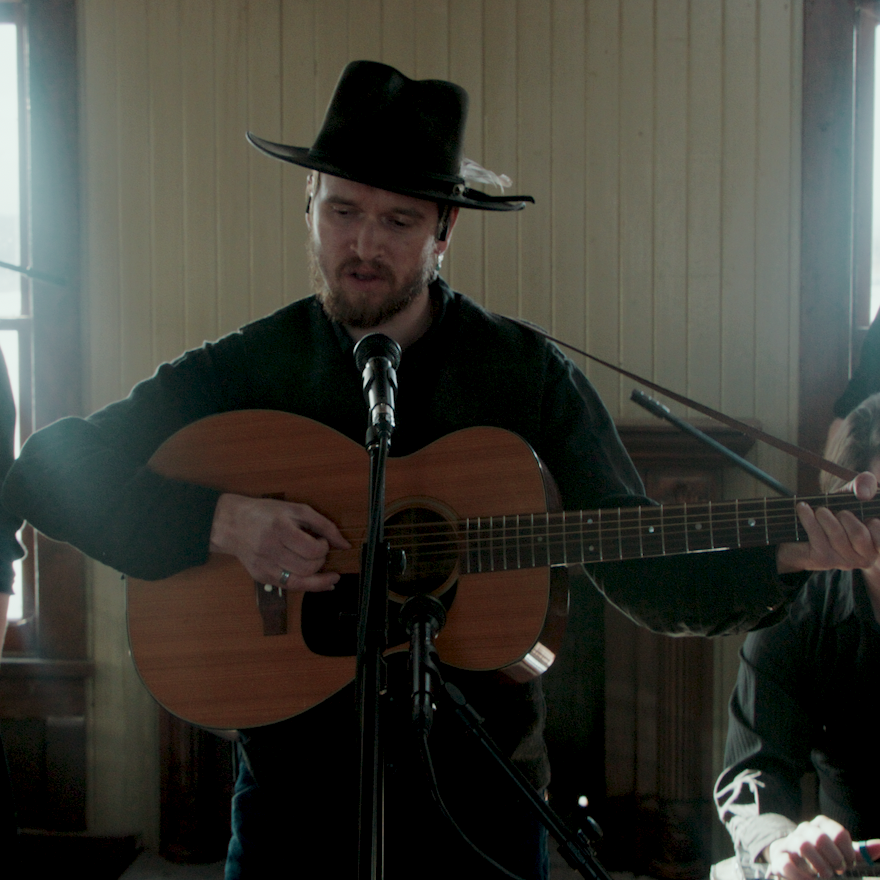 Today we are very excited to premiere the first single off the debut album by Alberta old-time musician and folk music scholar, Mike Tod. Coming off the heels of his eye catching self titled EP, Mike Tod will continue his upward trajectory in the Canadian country & roots scene when the album arrives on April 13th.

Today we are very excited to share the video for the first single, “The Blackest Crow.”

The video is a haunting one-take short film inspired by slow-burning western epics and was directed by Gillian McKercher, who has previously created videos for Cartel Madras and Amy Nelson. In speaking about the music video, Tod reveals:

“I wanted this video to be approached like a scene out of a movie. It sort of goes along with the main theme of my work, which is to reinterpret old-time songs through a cinematic lens. The narrative in the video is open to interpretation much like the western films I love and drew inspiration from: There Will Be Blood, The Assassination of Jesse James by the Coward Robert Ford, The Revenant, and The Power of the Dog, to name a few. This was our attempt to make something poetic, slow burning, and very movielike.”

The song originally dates back to the broadside pamphlets of Scotland and England in the 1700s. This modern reimagining by Tod and his band takes an eerie tone with classic country as the backbone.

Enjoy the track below and get familiar with Mike Tod’s debut EP here.