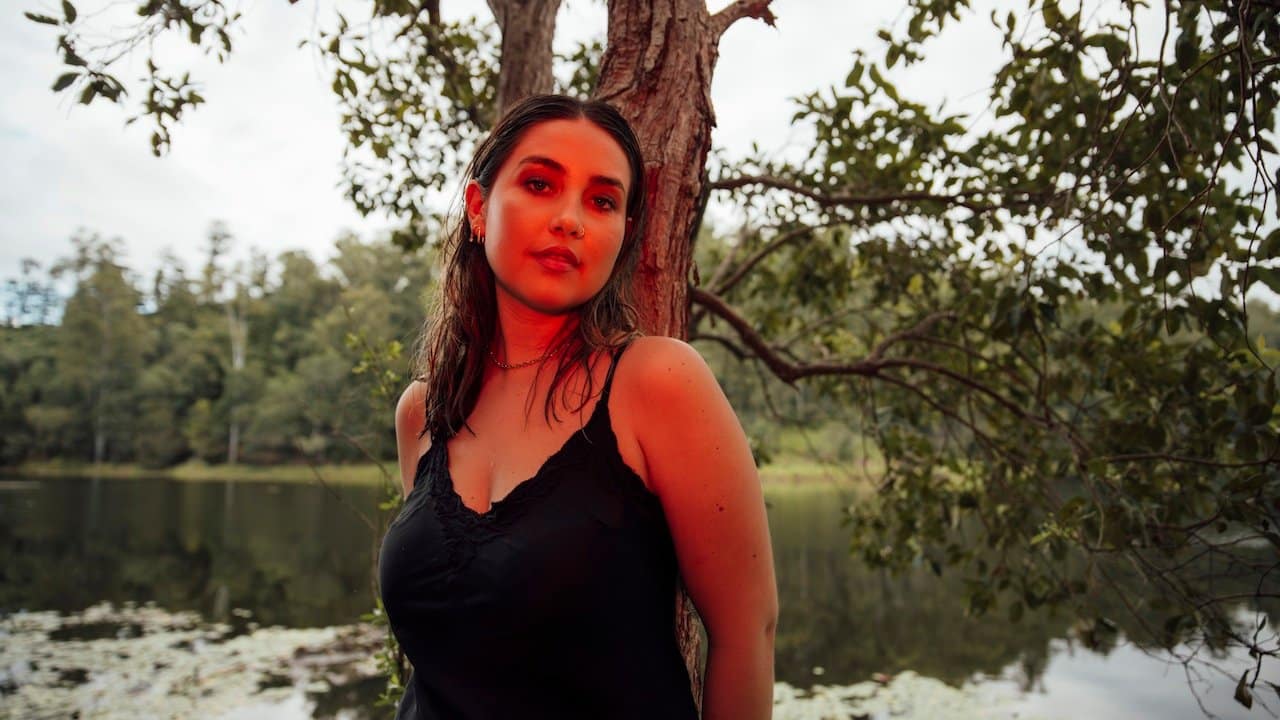 Jem Cassar-Daley is a proud Gumbaynggirr and Bundjalung woman based in Meanjin/Brisbane. Cassar-Daley released her debut EP, I Don’t Know Who to Call, in May 2022.

In this mini-documentary (premiering via Music Feeds), Cassar-Daley takes listeners behind the scenes, explaining the origins of I Don’t Know Who to Call and performing stripped-ack versions of ‘Changes’, ‘Standing Still’ and a cover of Colin Hay’s ‘I Just Don’t Think I’ll Ever Get Over You’.

Jem Cassar-Daley: I Don’t Know Who to Call Mini-Documentary

I Don’t Know Who to Call features the singles ‘Oh No’, ‘Letting Go’ and ‘Changes’, the latter of which was co-written and produced by Garrett Kato. The EP also includes creative input from Tia Gostelow, James Angus, Ali Barter, Tom Eggert and Jen Boyce.

Working with the various co-writers allowed Cassar-Daley to imbue the record with a degree of stylistic fluidity, incorporating pop songs alongside singer-songwriter ballads and shades of soul, country and soft rock.

The Brisbane-based artist also gained some assistance from her father, country veteran Troy Cassar-Daley. “Putting it together was really a lot of fun,” she says. “Dad and I did some work in the studio together. We kept it pretty simple and stripped it back.”

In early August, Jem Cassar-Daley was named New Talent Of The Year at the National Indigenous Music Awards. She was also a recent triple j Unearthed Feature Artist and appeared at the Queensland leg of Gang of Youths’ A More Perfect Union festival.

I Don’t Know Who to Call is out now. Cassar-Daley will be performing three shows at BIGSOUND 2022: at Blutes Bar on Tuesday, 6th September; Greaser Bar on Wednesday, 7th September; and Prince Consort Hotel on Thursday, 8th September. Find more info about BIGSOUND here.

“I Didn’t Sugar-Coat A Single Thing On This Record”: Troy Cassar-Daley On Mental Health, Grief & Healing Through Country