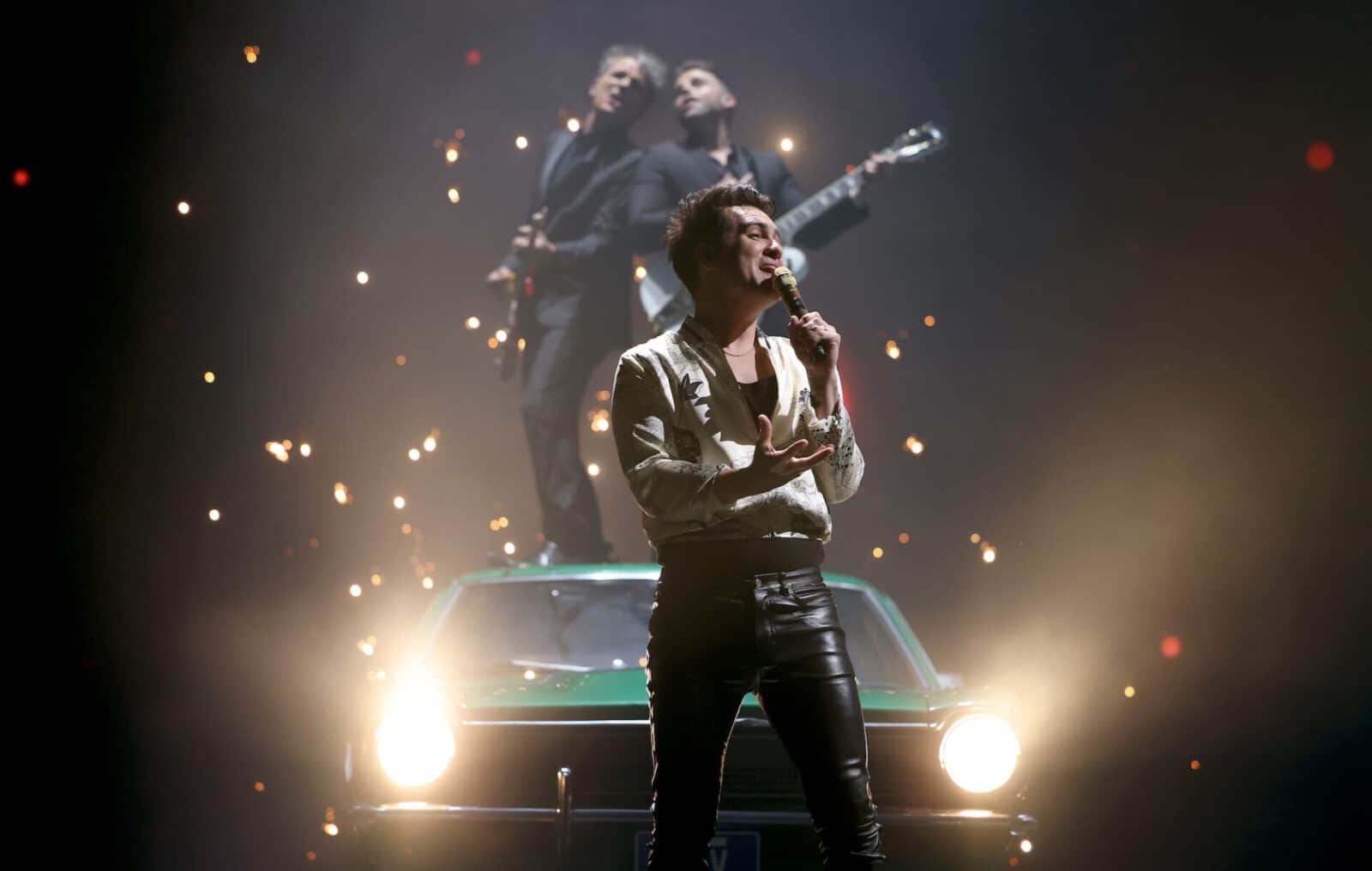 Panic! At The Disco brought a cinematic version of ‘Don’t Let The Light Go Out’ to the MTV VMAs 2022 tonight (August 28).

The band performed their recent single to the stage at Newark’s Prudential Center, where the ceremony was held this year.

Shot in black-and-white, Panic! At The Disco performed with a vintage car on stage with them, which became a podium for members of the band to perform from during the song.

Pyrotechnics and dry ice also filled the performance, while dancers brought a theatrical edge to the epic rendition. The cameras turned to colour as the song hit its final throes and the car’s headlights turned on. Watch footage of the performance below now.

Jack Harlow, Lil Nas X, Taylor Swift and Harry Styles led the winners at this year’s MTV VMAs, with multiple wins each. Catch up with all of the winners as they happen here.

Both artists also performed at the ceremony, alongside a metaverse-inspired performance from Eminem and Snoop Dogg, BLACKPINK making their debut appearance at the VMAs, Harlow teaming up with Fergie, and more.

Meanwhile, Panic! At The Disco released their new album ‘Viva Las Vengeance’ earlier this month. In a four-star review, NME said: “Yes, ‘Viva Las Vengeance’ is a very different Panic! At The Disco album, but it stays true to their devil-may-care attitude Will all their fans like it? Possibly not. But Panic! have never been about pandering or following the typical path. Seven albums in, it’s refreshing to see that reckless abandon still leading the charge.”

The post Panic! At The Disco bring cinematic performance to MTV VMAs 2022 appeared first on NME.