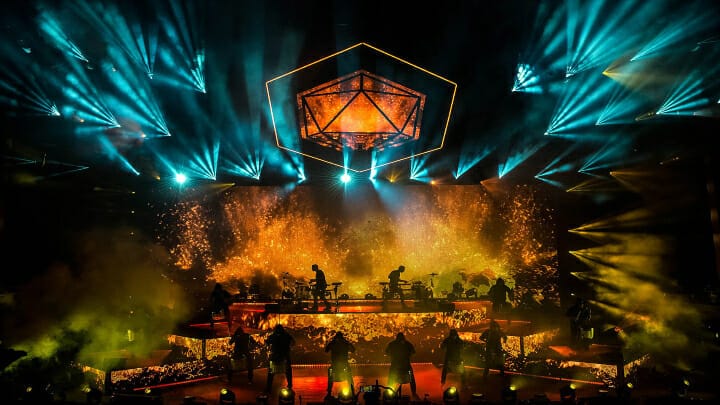 With just a little over a month until ODESZA‘s revelation of The Last Goodbye on July 22, Harrison Mills and Clayton Knight are continuing their pattern of unexpected pre-album singles. Joining previous members of the LP’s rollout, including the project’s soulful title track with Betye LaVette—recently used at Apple’s Worldwide Developers Conference—“Better Now” with MARO, “Love Letter” with The Knocks, and “Behind the Sun,” “Wide Awake” with Charlie Houston comes as the Foreign Family label head’s fifth preview thus far.

The heady, melodious production culminates in an intensely introspective tracklisting that stylistically veers from preceding singles while leaning slightly more in the house direction that ODESZA previously explored through BRONSON. As the countdown to The Last Goodbye‘s summer and fall run—to kick off in ODESZA’s hometown of Seattle a week after the album’s release—nears its completion, stream their latest below.

MEGADETH Frontman DAVE MUSTAINE On Three Decades Of Frinedship With ...

MEGADETH Frontman DAVE MUSTAINE On Three Decades Of Frinedship With ......