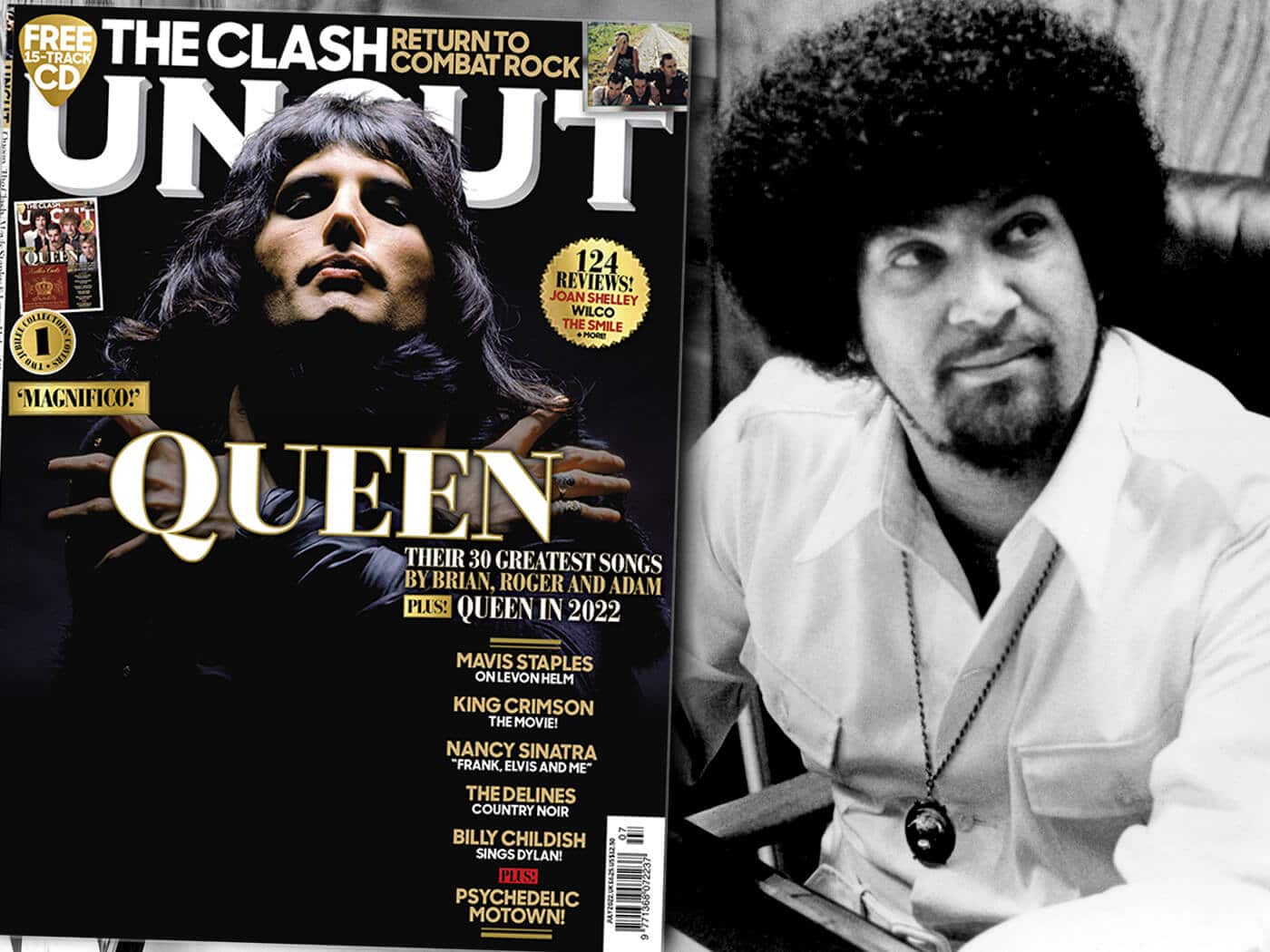 When the pressure grew too much, Motown producer Norman Whitfield disappeared off the face of the earth. Quitting the studio overnight without explanation, he drove from Los Angeles through the desert to Las Vegas. “We’d set off in his Jensen [convertible sports car] at 3am,” remembers The Undisputed Truth’s lead singer Joe “Pep” Harris, one of
the musicians who’d accompany Whitfield on such trips. “We’d wake up in daylight, we’re in the damn car, people walking up and down the damn street! He’d tell the studio, ‘I’m in Vegas.’ ‘Say what?’ Then he’d tell them: ‘Keep working. The record ain’t close to being finished.’”

ORDER NOW: Queen are on the cover of the latest issue of Uncut

“Norman had a credit line at Caesars Palace of $5 million,” says Duane Moody, Whitfield’s former manager and PR. “He’d drive to Vegas to feed his energy and competitive spirit. Norman didn’t smoke, drink or get high, but he loved gambling. Norman loved shooting dice and playing craps for two to three days straight, putting $20–30,000 on a number. He used the energy he got from that to write another Temptations song.”

A teetotal gambler with a taste for fast exits, Norman Whitfield had many eye-catching qualities. As a songwriter and producer, he was capable of similar extremes. Among his masterpieces for Motown, Marvin Gaye’s “I Heard It Through The Grapevine” and The Temptations’ “Papa Was A Rollin’ Stone” were full of simmering, cinematic tension, recorded by singers who Whitfield pushed to their limits. His brace of psychedelic soul hits were critical, not just for their wild sonic experimentation but the way that they radically updated the Sound of Young America for changing times.

“Norman was the most creative producer Motown ever had,” says Shelly Berger, The Temptations’ manager since 1965. “Berry Gordy feels the same. Norman was grittier and more varied than Holland-Dozier-Holland or Smokey Robinson.”

“I saw Michael Jackson sitting with Norman once, because he wanted information,” says Joe Harris. “Michael said, ‘I can tell when it’s a Whitfield song, because all that other stuff sounds like it’s standing still.’”

Whitfield’s time at Motown was characterised by a relentless battle for independence and control; later, when he founded Whitfield Records in 1975, his riotous, eccentric tendences were given free rein. He carried himself in the studio as if he was the star, with an attitude and fashion sense as outsized as his lavish productions.

“He always had a big ’fro comb in his hair,” laughs Isy Martin, guitarist with The Undisputed Truth. “He had this big, shit-eating grin on his face that just let you know: ‘I’m Norman.’” At the same time, Whitfield kept himself to himself, preferring to keep his real feelings hidden from view. “He looked like he held things inside,” says Martin. “Things that he didn’t want to talk to anyone about.”

The post Norman Whitfield’s desire for creative control took him to war: “He was a winner, but you can’t win all the time” appeared first on UNCUT.

ARTY releases new single ‘Where Have You Been’: Listen Here