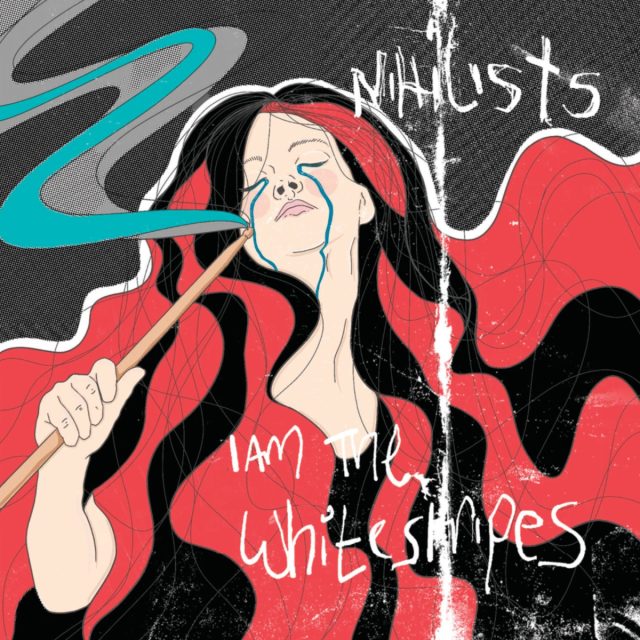 NIHILISTS are a band from Manchester and Hope Valley, England.

[From Press Release] “James Mudriczki and John Patterson met on a flaming Northern Rail train that was attacked by Africanised bees and sucked into a former Cross-Fire Hurricane of every musical genre ever conceived.

Fuelled by their mutual love of land, sea, air and artisan sandwiches, they vowed to work together on songs that could possibly warp the very fabric of the space-time continuum (or at least fray the edges a bit.).

Holed up in their recording studio in the wilds of Derbyshire, NIHILISTS aspire to the ethic that music is the only form of art that gives anything purpose and true meaning, aside from certain forms of mime.

And so they let fly their first salvo I AM THE WHITE STRIPES, a soaring friction-fiction spark of longing fired into the very centre of a world-weary society uncertain of where the next sliver of happiness may come from, or even if it ever will. Let this be the first of many.

A collection of such similar sub-sonic bath- bombs is nearing completion and almost ready to drop. Soon, your tub fizzeth over…

NIHILISTS would like to meet with like-minded individuals for a mutually beneficial experience, and possibly nights in/out, and a gentle hike ending with a good-quality carvery.” [END]

Sound good? Actually the Press Release doesn’t really do I Am The White Stripes justice. Lets get one thing straight from the outset – it sounds nothing like The White Stripes! Right, got that out of the way. However, this is a monster of a single that evokes feelings of early Killers, mixed with Muse and elements of Puressence, which should come as no surprise because James used to be their lead singer, until the band split in 2013. The title apparently comes from a Jack White quote. When he was asked if The White Stripes would ever play again, he replied “I Am The White Stripes”.

This is their first release in 6 years and their is an album waiting to be released, produced by Dave Eringa (Kylie, Manics).