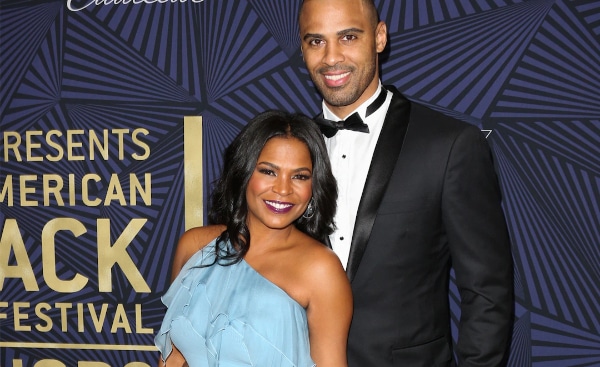 Just two weeks after Nia Long reportedly moved to Boston to be with longtime boyfriend Ime Udoka, former head coach of the Boston Celtics, reports surfaced he was having an affair with a Celtics staffer.

Believed to have broken an ethics clause in the process, the affair led to a full-year suspension from the team.  At this time, it’s uncertain what his future will the franchise will look like at the suspension’s end.

With more eyes on the couple than ever before, Long and Udoka have issued separate statements in response to the hoopla.  Look inside to see what they said.

Taking to TMZ, Nia revealed Ime confessed to the infidelity before it hit the media.  That doesn’t mean it left her any less devastated, however.

“The outpouring of love and support from family, friends and the community during this difficult time means so much to me,” Long said via a rep. “I ask that my privacy be respected as I process the recent events. Above all, I am a mother and will continue to focus on my children.”

The actress’ statement came just hours after Udoka took to press to share his remorse over the embarrassing event.

“I want to apologize to our players, fans, the entire Celtics organization, and my family for letting them down. I am sorry for putting the team in this difficult situation, and I accept the team’s decision. Out of respect for everyone involved, I will have no further comment.”

In the Celtics’ statement, the team said Udoka was suspended for the 2022-2023 season, effective immediately.  In regards to his status beyond the season, however, they have yet to provide an update.

“A decision about his future with the Celtics beyond this season will be made at a later date,” the statement concluded.

The post Nia Long & Ime Udoka Break Their Silence on His Cheating Scandal appeared first on ..::That Grape Juice.net::.. – Thirsty?.