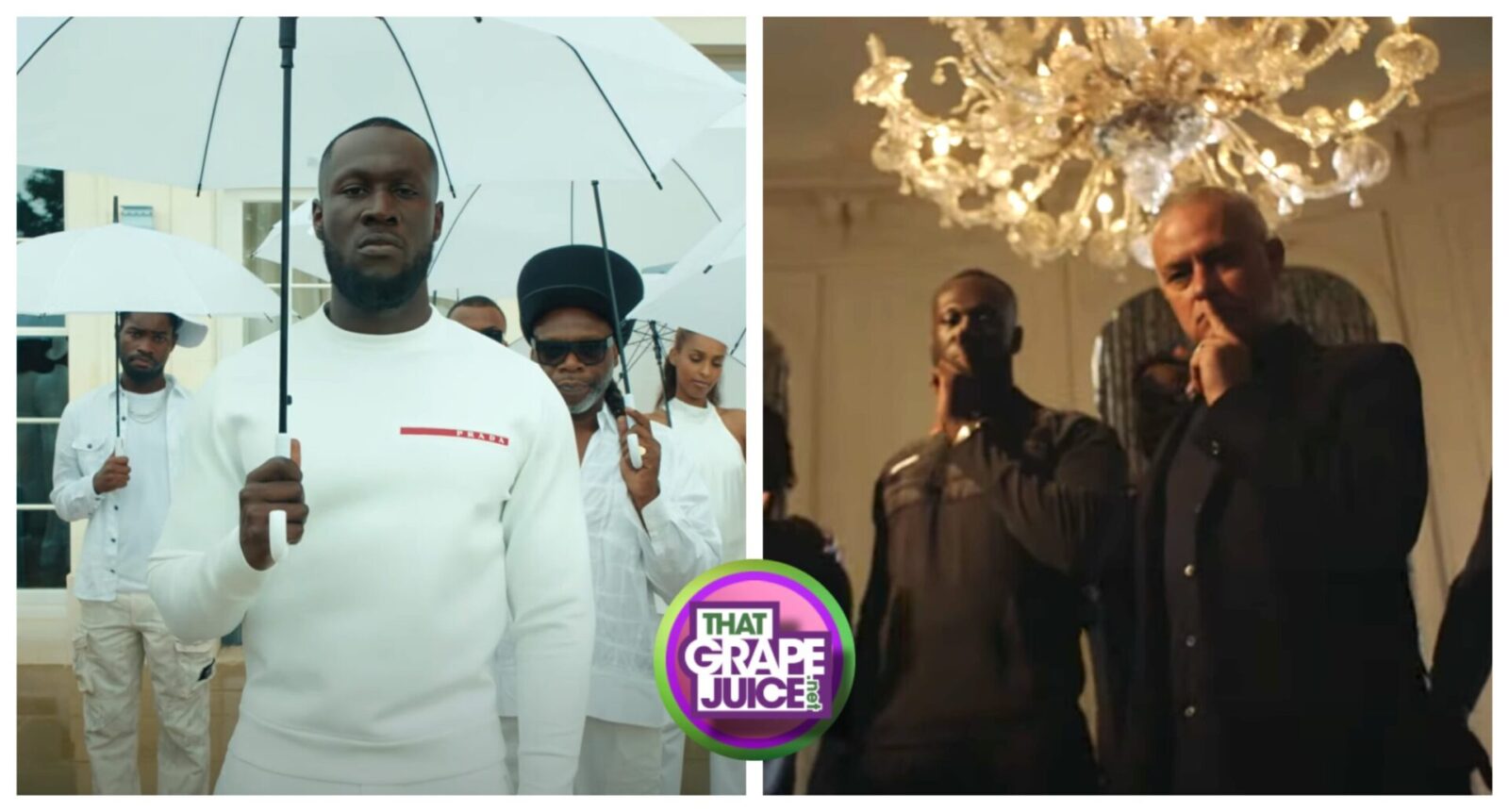 The British Rap royal lives up to his billing with the epic video for his return single ‘Mel Made Me Do It.’

Unleashed without warning, the hard-hitting anthem has been paired with a seismic star-studded visual.

Directed by KLVDR, the 10-minute spectacle sees the chart-topper wax candid about his reign while retaining the relatability that quickly rendered him a household name.

Toasting to the culture and scene that both inspires and upholds him, Stormzy features a lengthy list of names in the video – including Jose Mourinho, Dave, Usain Bolt, and more. Actress Michaela Coel narrates a moving monologue, which was penned by Wretch 32.

‘Mel Made Me Do It’ serves as the first taste of the MC’s incoming new album (his first since 2019’s ‘Heavy Is The Head’).

Watch after the jump…

The post New Video: Stormzy – ‘Mel Made Me Do It’ [Starring Jose Mourinho, Dave, Usain Bolt, & MANY More] appeared first on ..::That Grape Juice.net::.. – Thirsty?.