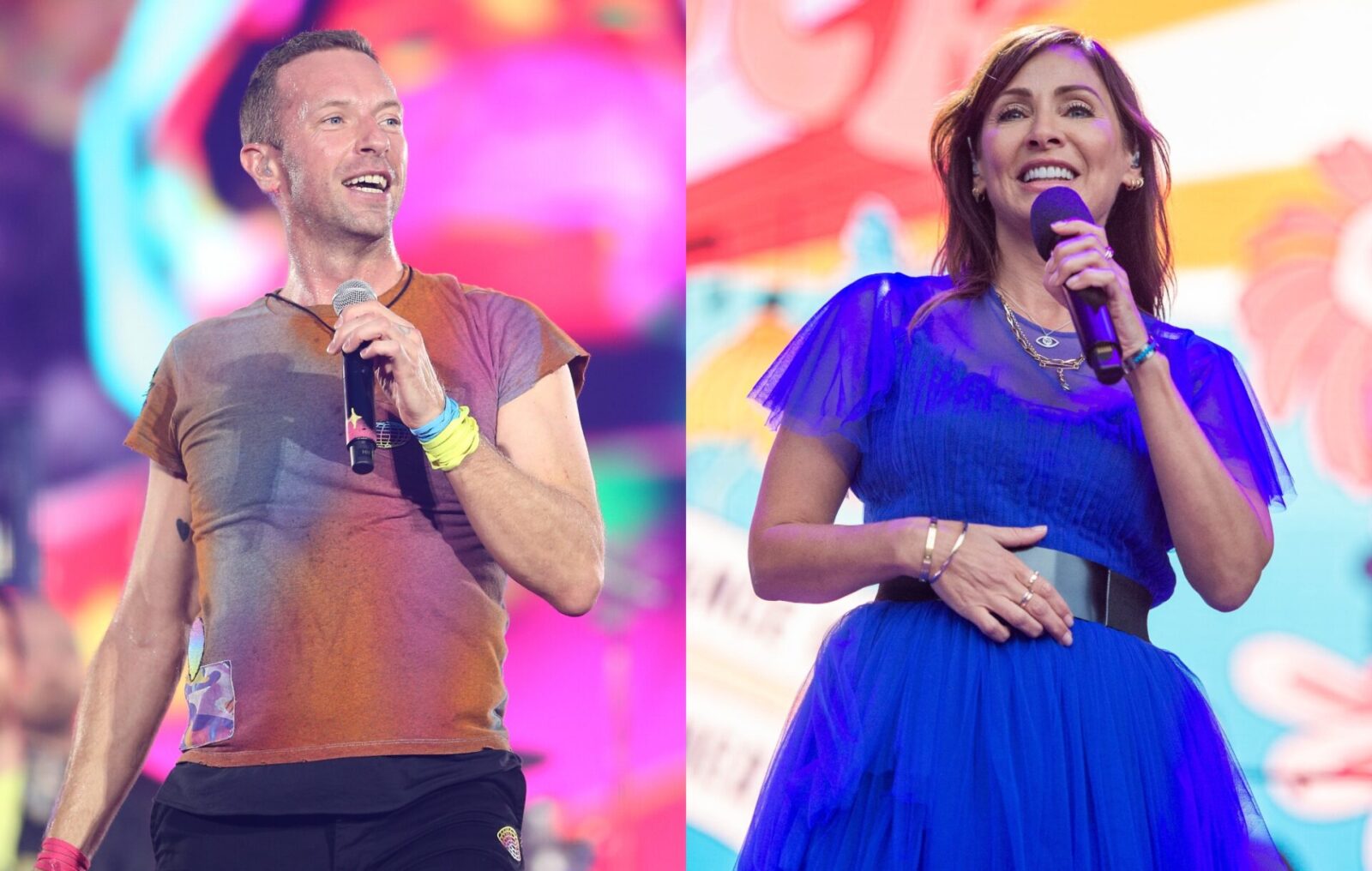 Coldplay were joined by Natalie Imbruglia during the third of their six shows at London’s Wembley Stadium, where they paid tribute to Olivia Newton-John and performed Imbruglia’s hit ‘Torn’ together.

Honouring the late Newton-John, who died last week at the age of 73, Coldplay and Imbruglia covered Grease number ‘Summer Nights’. Newton-John sang the song in the musical’s 1978 film adaptation, which she starred in as Sandy, alongside John Travolta.

For their rendition, Imbruglia handled the role of Sandy while Coldplay’s Chris Martin sang the part of Travolta’s character, Danny, duetting on its shared chorus along with Jacob Collier.

Before ‘Summer Nights’, Coldplay and Imbruglia also performed ‘Torn’, which Imbruglia popularised when she released her version of the Ednaswap song as her debut single in 1997. Watch fan-shot footage of both moments below:

Newton-John died on August 8 following a battle with breast cancer. After news of her death emerged, tributes poured in from her contemporaries like Kylie Minogue, Elton John, Rod Stewart, Dionne Warwick and Travolta. The latter wrote on social media: “My dearest Olivia, you made all of our lives so much better. Your impact was incredible. I love you so much.”

Others to have paid tribute to Newton-John include her husband John Easterling, ABBA, Mariah Carey, Rebel Wilson and The Chicks, the latter of whom covered Grease song ‘Hopelessly Devoted To You’ during a concert over the weekend.

Coldplay played the first two of their six gigs at Wembley Stadium over the weekend. At both shows, they were joined by Craig David to perform David’s ‘Live in the Moment’ and ‘7 Days’ together. They were also joined by H.E.R. to perform the band’s Selena Gomez collaboration ‘Let Somebody Go’, and ‘Music Of The Spheres’ producer Max Martin for ‘My Universe’ and ‘A Sky Full Of Stars’.

The band’s run of shows at the 90,000-capacity stadium will continue tonight (August 17), with more shows on Saturday (August 20) and Sunday (August 21). From there, the band will perform two shows at Glasgow’s Hampden Park Stadium, then take their ‘Music Of The Spheres’ tour to South America next month. See the full list of tour dates here, and find remaining tickets here.